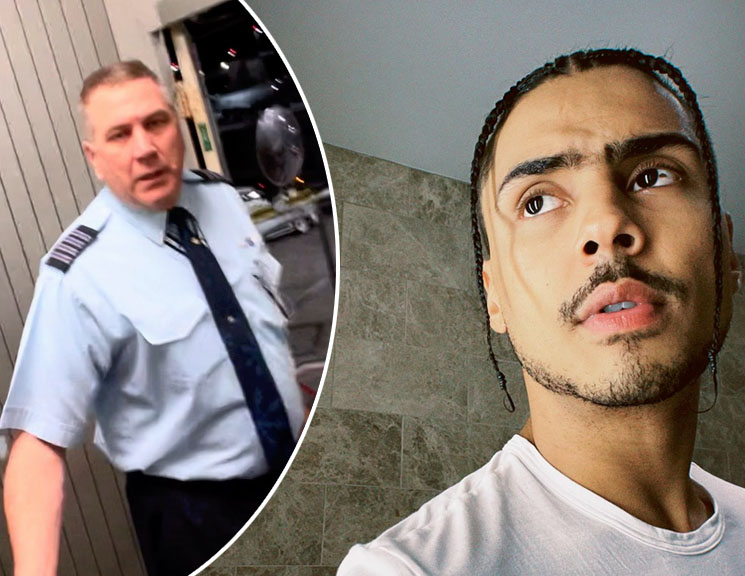 Quincy Brown, son of the late model Kim Porter and singer Al B. Sure!, claims a JetBlue pilot "grabbed" and "dragged" him during a dispute over a bag.

The 30-year-old actor/singer took to social media on Monday to share his account of the "uncalled for" incident.

"WHAT A FAKKIN FLIGHT," Sean Combs' stepson tweeted. "SMH @JetBlue y'all pilot out of pocket for putting his hands on me!! #jetblue."

WHAT A FAKKIN FLIGHT ?? SMH @JetBlue y’all pilot out of pocket for putting his hands on me!! ?? #jetblue

Quincy said the argument was over a small carry on bag that his assistant carried. The bag held his diabetic medicine and jewelry. Q said the pilot assaulted him when he refused to check the bag.

"The pilot put his hands on me. Why? Because my bag, which fits in my pocket damn near, they claimed it didn't fit. My assistant had my bag. I was on the plane already. They wouldn't let him bring it on. He gets on the plane. I let him know I need my bag. That's not a bag to check. It has my medication. It has my personal [items]. It has my jewelry. It literally has everything that's my personal belongings."

He said the JetBlue pilot refused to let him board with the bag, and a loud argument ensued. The pilot then allegedly "grabbed” Q and "dragged" him off the plane and onto the airline bridge.

"That's when I got my phone out. I didn't knock him out," said Quincy. "Everything was just uncalled for. I never had no pilot put his hands on me..."

Q posted a cell phon photo of the pilot on Instagram. The pilot was identified as Todd Papesh in a Linkedin profile.

An airline official can be heard apologizing to Quincy in the video.