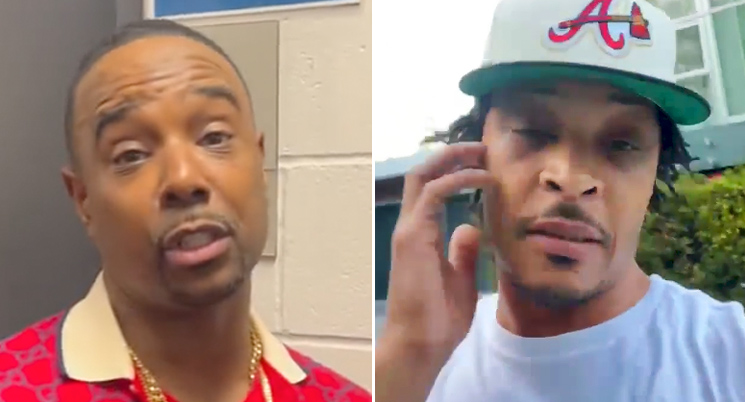 Comedian/promoter Rip Michaels explains why he took a risk by hiring aspiring comic Tip Harris for his first paid standup comedy gig at the Barclays Center.

The rapper was booed by the capacity crowd of 15,000 at Rip Michaels' April Fools Comedy Jam on Saturday, April 9.

T.I., who now goes by Tip, walked out onstage to a standing ovation from the crowd who helped make him a Grammy-winning rap artist.

Tip started out well, the crowd was initially receptive, but the cheers quickly turned to boos as Tip's delivery and timing were off.

After he left the stage, Rip Michaels chastised the crowd for booing the rap legend.

Michaels praised Tip for trying something different and asked DJ Envy to play one of rapper T.I.'s many hit songs, to which the crowd stood up, danced and cheered.

Rip Michaels explained why he is supporting Tip's journey into comedy when other established comedians have spoken out against it.

"Everyone, whether they are rich, poor, famous or not, deserves to follow their passions, but not everyone would have the courage to do what Tip is doing. I am proud to be the first person to hire Tip as a paid comedian," he said.

"I gave him the opportunity to test his skills in a sold-out stadium at my April Fools Comedy Jam at Barclays Center, knowing how tough the Brooklyn audience would be. I commend him for the way that he handled himself. Everyone gets booed. Welcome to the club, Tip! It was going to happen eventually."