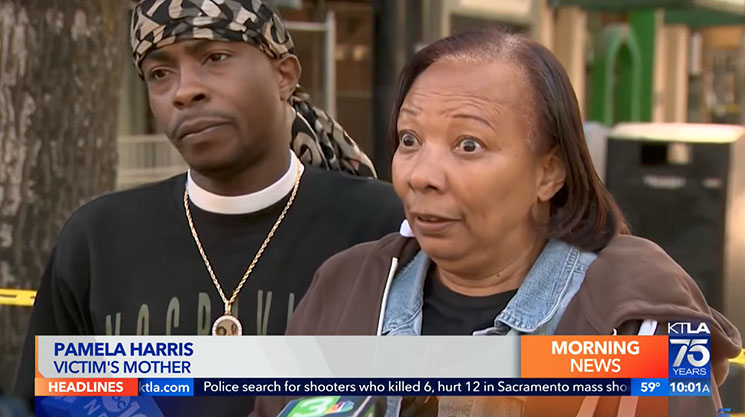 A 26-year-old man has been arrested in a mass shooting near a nightclub in downtown Sacramento, California early Sunday.

According to DailyMail.com, Dandre Martin, 26, was arrested Monday for assault and illegal firearm possession charges.

"Right now that's really all we're able to share about him," Sacramento Police Chief Kathy Lester told KCRA. "As you know this is a complex investigation and we're looking for multiple suspects and so we're currently working to identify what his role was the night of the shooting.'"

Six people are confirmed dead and 12 wounded in a mass shooting near a nightclub in downtown Sacramento, California

The six victims have been identified by the coroner's office. A massive manhunt is underway for the shooters.

Cell phone videos shows the shooting started after a brawl outside a nightclub at the corner of 10th and K Streets around 2 a.m. Sunday.

Club goers are seen fleeing as shots ring out from semiautomatic weapons. Witnesses say a man pulled up in a car and opened fire before the car sped off. Police counted more than 70 spent shell casings in the street.

"I've never heard gunshots like that," one witness told KTLA-5. "I mean, they were just going off."

On Monday, the coroner's office identified three men and three women who were killed in the shooting.

At least 18 people were shot as they fled for their lives. Four of the wounded were hospitalized with life-threatening injuries.

Democrat lawmakers say there is an epidemic of gun violence in America's blue cities and they believe tougher gun laws are the answer.

Sacramento has seen its share of mass shootings recently.

A man killed his three children and another person before turning the gun on himself at a Sacramento church in February.

"The scale of violence that just happened in our city is unprecedented in my 27 years here at the Sacramento Police Department," Police Chief Kathy Lester said at a news conference Sunday.

Police are searching for at least 2 gunmen. The L.A. Times reported the shooting is believed to be gang-related.