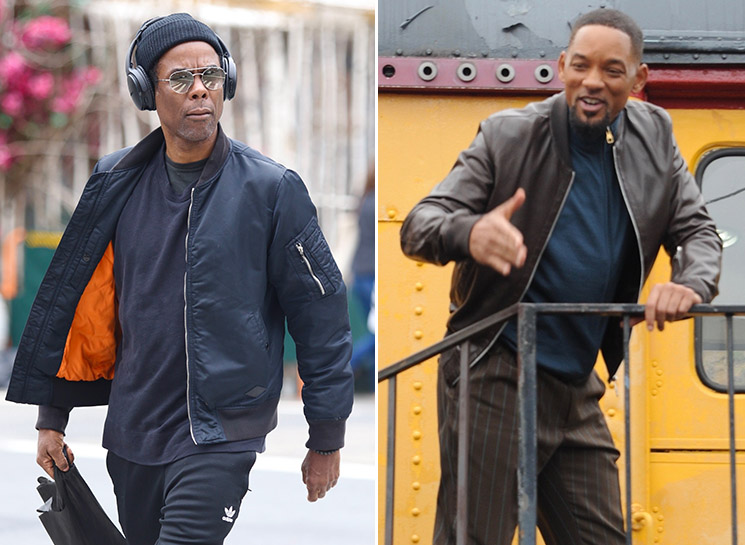 Will Smith (right) was spotted in public for the first time after slapping Chris Rock (left) at the 2022 Oscar Awards.

Smith was spotted greeting fans at a private airport in Mumbai, India, three weeks after single-handedly destroying his A-list career.

A source tells PEOPLE that Smith is in India on a spiritual cleansing journey after assaulting the comedian in front of millions of viewers on March 27.

According to Black Enterprise, Sadhguru is owner a non-profit spiritual foundation called Isha.

"I wanted my family to meet spiritual people, to start interacting with people who are not hooked on the material world," he said at the time.

Smith documented one of his meetings with the 65-year-old guru at his Los Angeles residence in 2020.

In an Instagram video posted on Smith's IG Stories, Sadhguru is seen arriving to Smith's home on a motorcycle, as Will and his daughter, Willow, greet him.

Will Smith and his wife, Jada Pinkett Smith, are reportedly divorcing after 25 years of marriage.

Chris Rock, whose fame has soared to new heights since The Slap, said he won't talk about the assault unless he is paid.

He allegedly consulted with attorneys about his options.