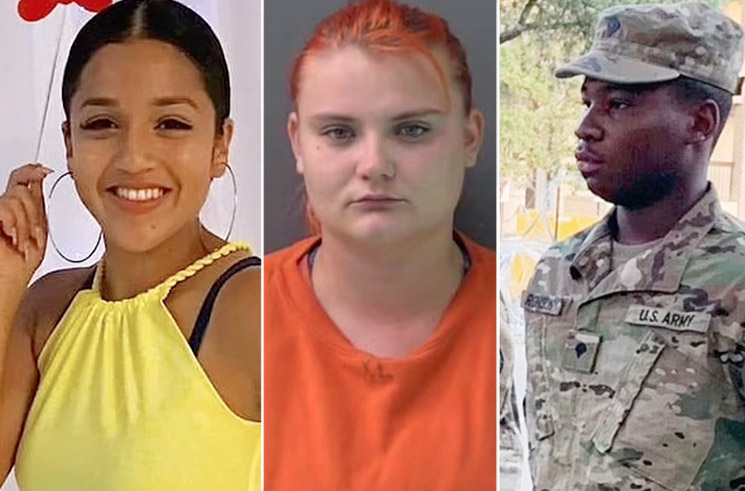 Army Specialist Aaron Robinson (right) took his own life after he killed fellow soldier Vanessa Guillen (left) because she saw a photo of his married mistress on his cell phone.

According to the FBI, Aaron Robinson bludgeoned Guillen with a hammer after she saw a photo of Cecily Aguilar (center) on his phone's lock screen.

Authorities believe Robinson, then 20, beat Guillen, also then 20, before he dismembered her and buried her remains on April 22, 2020.

Robinson fatally shot himself as police moved in to arrest him for Guillen's murder.

Aguilar, 22, was charged with tampering with evidence after she told investigators that she helped Robinson bury Guillen.

"He told her he was worried about getting in trouble for violating the Army's fraternization rules since Aguilar was still married to another soldier and he hit Guillen in the head with a hammer," investigators said.

Aguilar told inmates that Robinson "snapped, that he had an image in his head. He saw himself [kill Guillen] and wanted to do it." 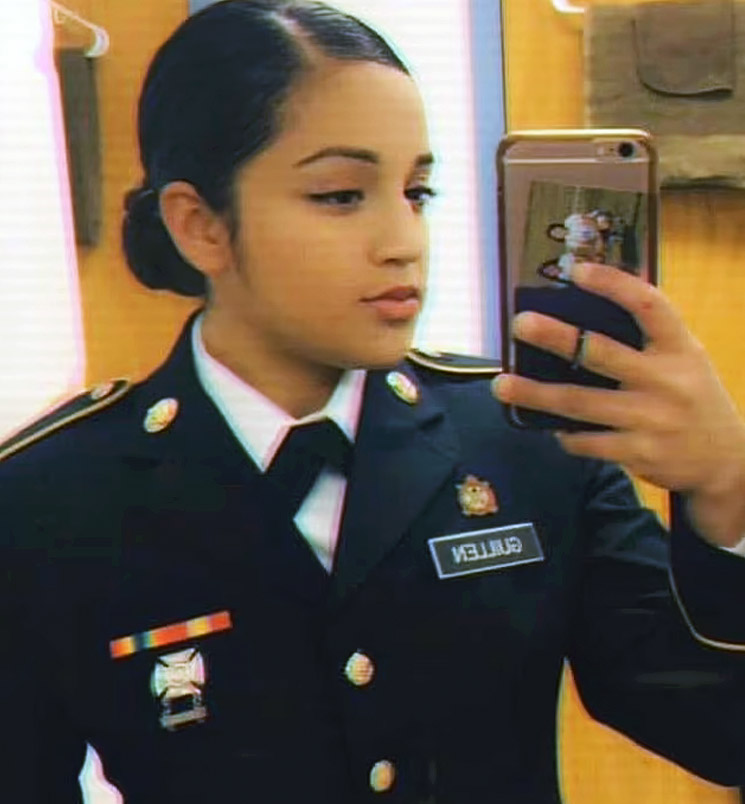 After Guillen went missing, investigators learned Robinson was the last person to speak to her. But Robinson told them he was with Aguilar, and she backed up his story.

Investigators later discovered that Robinson's cell phone pinged in Belton, Texas, near a bridge over the Leon River. The phone pinged in the early morning hours after Guillen vanished. She reportedly told her family she had been sexually harassed on the base.

Investigators went to the area in Belton, where they found a burn pile, including an item seen in Guillen's possession by witnesses.

On June 30, police discovered Guillen's remains in a shallow grave. Army officials at Fort Hood detained Robinson. However, he escaped and later shot himself in Killeen, just outside Fort Hood.

The Army fired or suspended 14 officers and solders after an investigation uncovered serious failures in leadership that contributed to a widespread pattern of violence including murder, sexual assaults and harassment.

The investigation determined that at least 31 solders assigned to Fort Hood have died of suicide, homicide or accidents on the Army base.