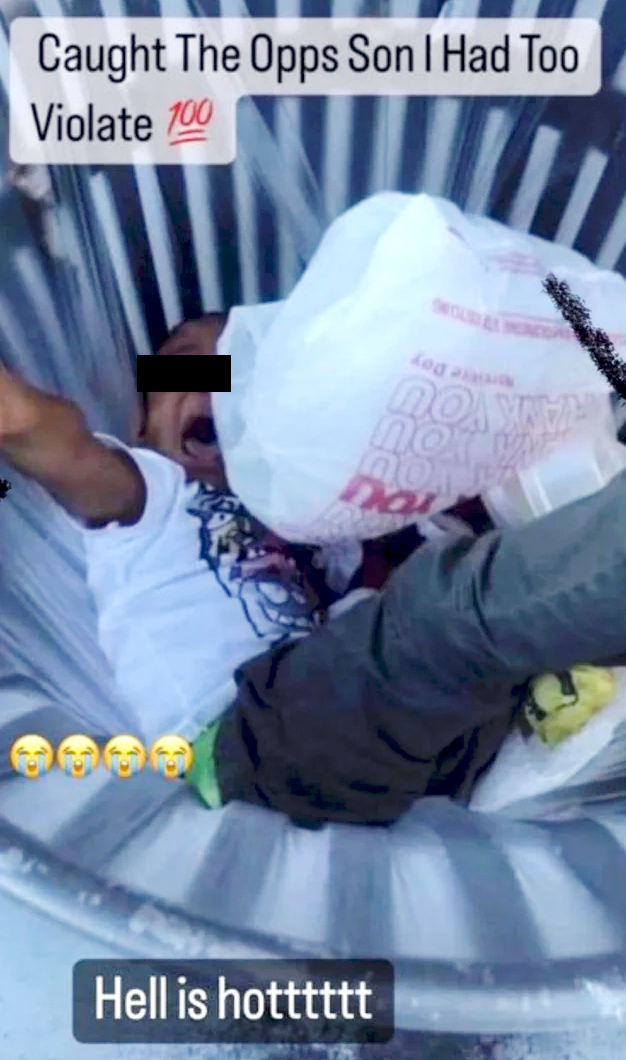 Chicago gang members "violated" a 2-year-old boy by tossing him in a garbage can because his father is a rival gang member.

Viral video footage shows gang members chasing the boy's father who is pushing his son in a stroller. When the gang bangers couldn't catch up to dad, they tossed the screaming child into a trash can.

Then the gang members, who call themselves "demons," snapped a photo of the crying toddler and posted the image on social media.

They captioned the post, "Caught the opps son I had to violate."

According to multiple reports, Chicago demons are going after the youngest and most vulnerable Chicago residents if they have beef with their fathers.

Because the gang member couldn't get the boy's father, he decided to 'violate' the toddler, by throwing him into a garbage can. And the gang member wanted everyone to know how much of a 'demon' that he is... so he posted an image of the crime on his social media page."

The video can be viewed here.