Last week, Mo'Nique shared a video clip of DL admitting he didn't believe his own daughter when she told him she was molested.

DL's other daughter, Ryan Nicole, was unhappy that Mo'Nique dragged her sister into the drama with their father. Ryan Nicole addressed the disrespect in posts on Instagram.

Ryan told Mo'Nique she was out of line and she ended by offering to give Mo' her address to talk face-to-face. 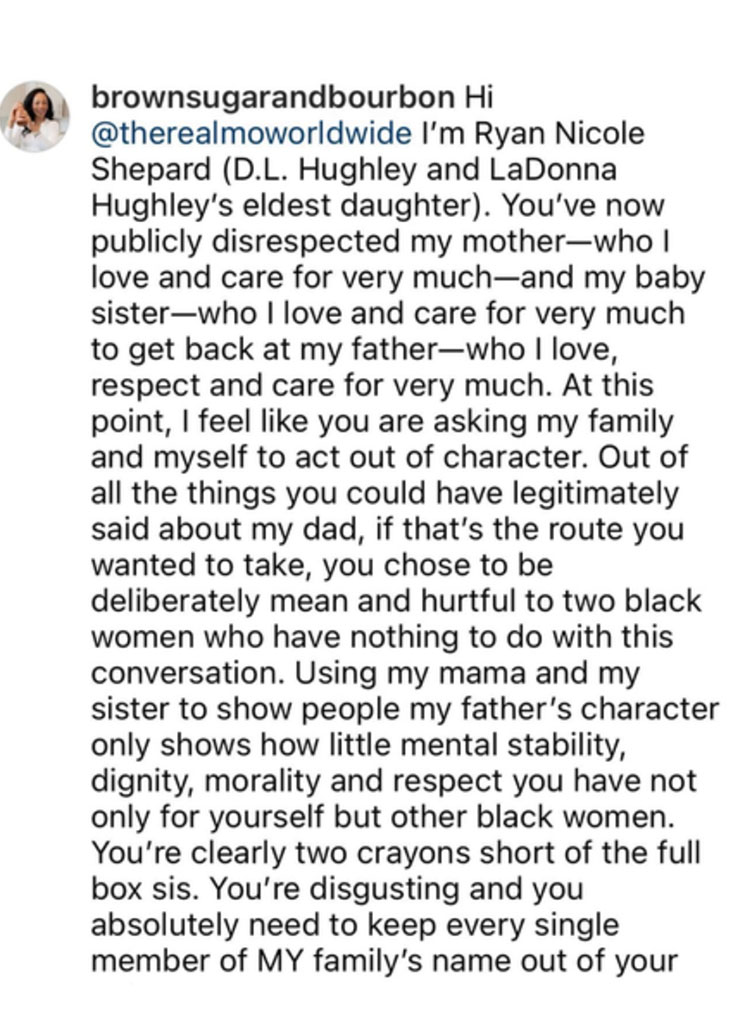 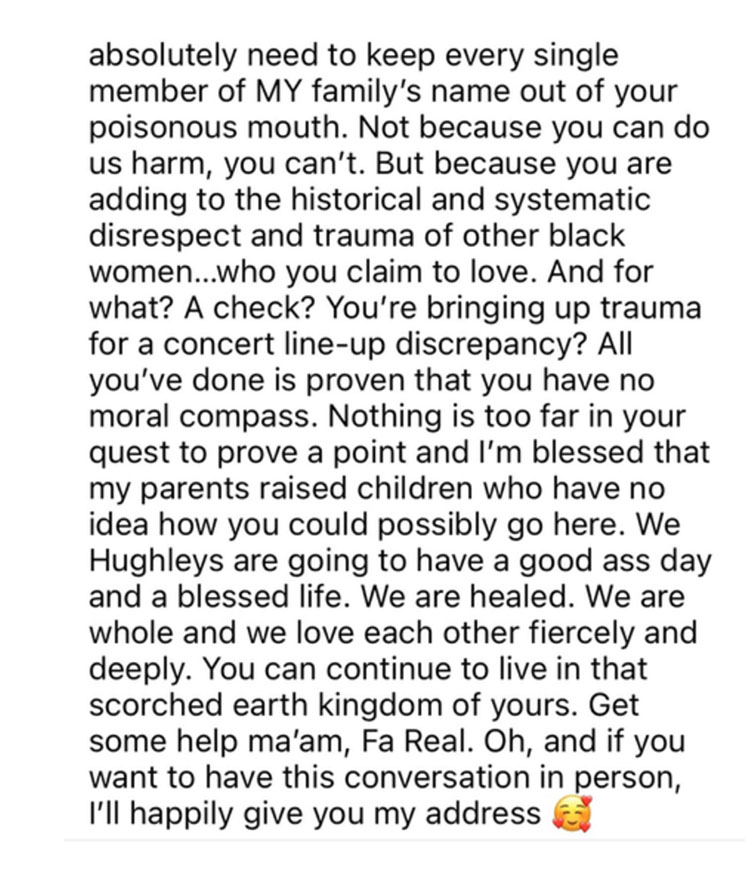 "You need to leave my family out of it because at the end of the day his wife and kids are very low key they don't even really do stuff like this why you got your husband's name next to you I'm wearing Seattle and this is affecting a lot of people what you're doing if you want to keep it on deo then keep it on him honestly you don't see Ladonna his wife out here you don't see my mom and my aunt's coming out here so I don't understand what you're doing."

Mo'Nique's fans also weighed in on the controversy, pleading with the comedienne to stop making things worse for herself just as her career is getting back on track.