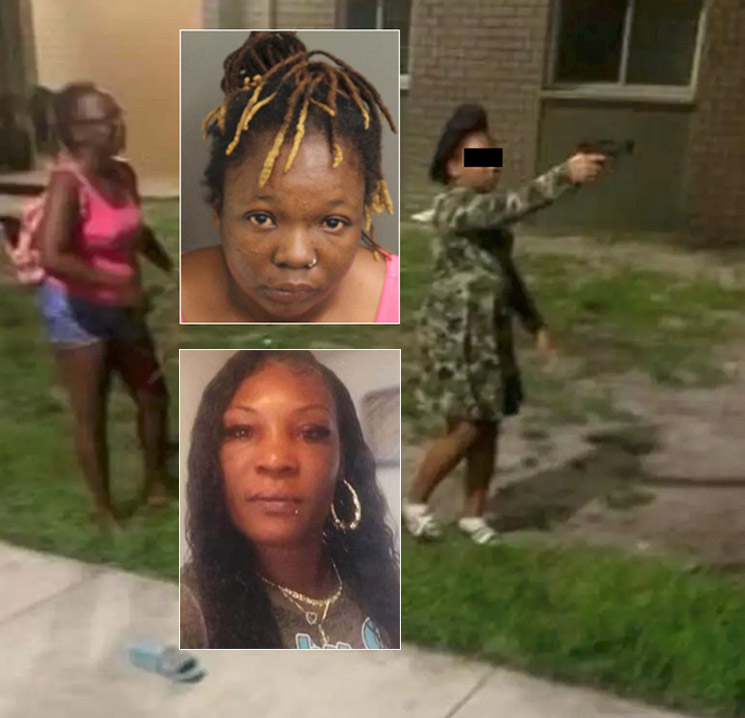 A Florida mother has been charged with murder after her 10-year-old daughter fatally shot a neighbor during a dispute.

The incident happened at a Memorial Day cookout at 11:49 p.m. at the Windsor Cove Apartments on Mercy Drive in Orlando. Police arrived at the scene minutes after the first reports of shots fired.

The victim, identified as 41-year-old Lashun Denise Rodgers, was grilling when Lakrisha S. Isaac, 31, and her daughter approached Rodgers.

Isaac was reportedly intoxicated when she punched Rodgers, who punched her back.

"The juvenile retrieved that firearm from the bag and fired two rounds, striking the victim," police said.

Rodgers' boyfriend told police the girl then said, "She shouldn't have hit my momma."

Rodgers was pronounced dead at a nearby hospital, police said.

Isaac was arrested and faces several charges, including manslaughter with culpable negligence, child neglect, contributing to the delinquency of a minor and aggravated assault with a firearm.

The girl was also taken into police custody and was released into the care of the Florida Department of Children and Families.

The Orlando Police Department said any charges against the girl will be decided after a review by the State Attorney's Office.

According to WFTV, Rodgers was a mother and grandmother.