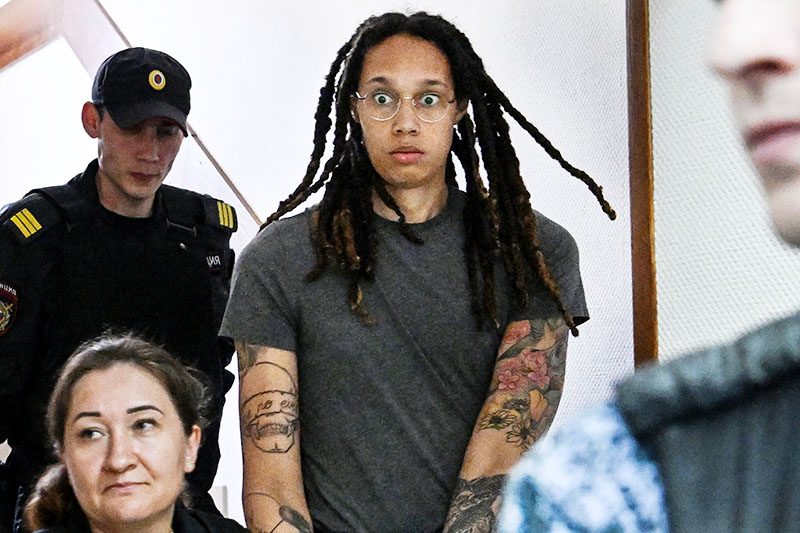 A trial date has been set for WNBA star Brittney Griner who appeared at a pre-trial hearing on Monday in Moscow, Russia.

A judge set Griner's court date for Friday, July 1, and extended her detention another 6 months. This is the fourth time Griner's pre-trial detention was extended.

Griner was arrested on February 17 after officials at a Moscow airport found vape pens containing weed oil in her luggage.

Pictures taken in Moscow on Monday show Griner, 31, looking wide-eyed and anxious as she was escorted into court. She was previously ordered detained until July 2nd. 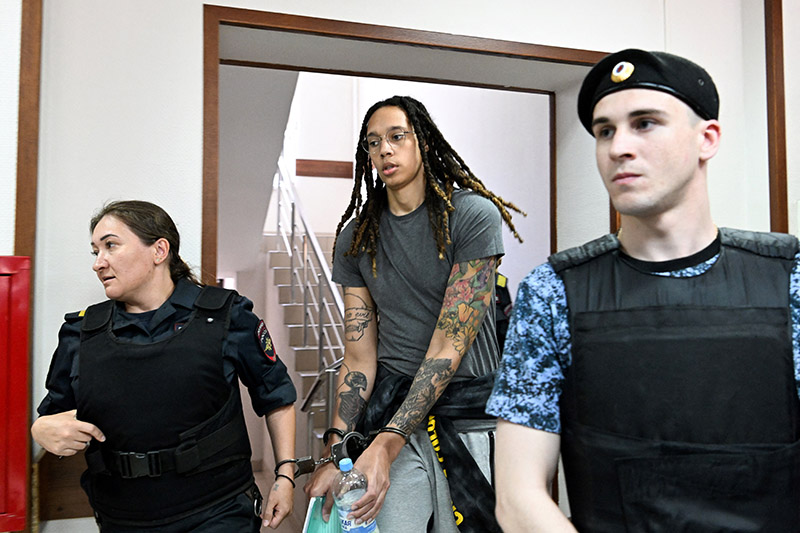 The 6-ft-8 Phoenix Mercury center wore a grey t-shirt with grey sweatpants and a black sweatshirt tied around her waist. She was handcuffed to a Russian official.

Griner could face 10 years in prison if found guilty of trafficking a large quantity of drugs for distribution.

After months of silence, the U.S. State Department declared Griner a "wrongfully detained" political prisoner in early May.

Former Marine Trevor Reed was released from a Russian prison in April, after serving three years of a nine year sentence for assaulting a police officer.