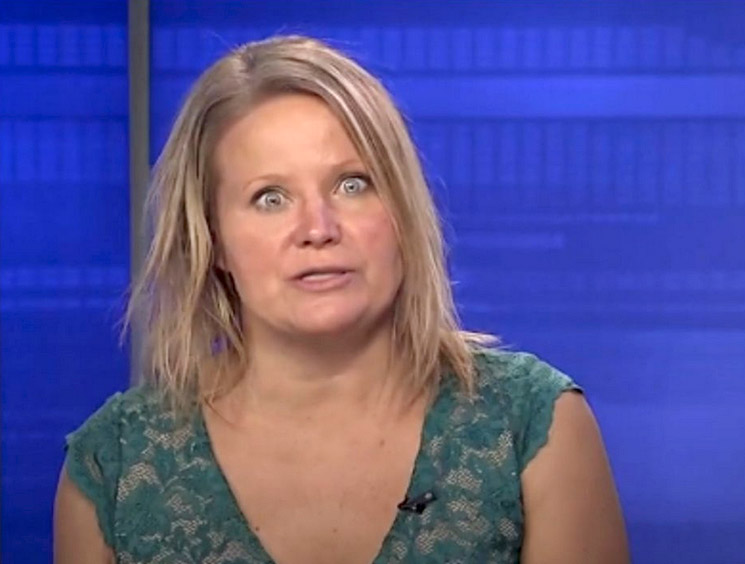 An Albany, NY, TV anchor who was suspended for slurring her words during a live news broadcast is defending herself.

Heather Kovar was suspended from her job by CBS affiliate WRGB CBS 6 after she slurred her words during the 6 p.m broadcast on Saturday, July 9.

Viewers were left concerned and surprised as Kovar struggled to string together a coherent sentence.

She was wide-eyed and jittery while reporting on a natural gas explosion in Oklahoma.

"Like, I was telling you this morning, if you watched us this morning starting at 6 a.m., 7 a.m., I told you, you know what? Today, what a beautiful day outside! It is just amazing. And so, a great time for outdoor music."

Later in the broadcast, she seemed to complain about working a "double shift" at the station that day.

A video of the incident went viral on Saturday night. She tweeted on Saturday saying she would return to the air by Sunday morning.

CBS 6 confirmed Kovar's suspension in a statement on Monday. "Heather Kovar has been suspended pending our internal investigation. We have no further comment at this time."

She was replaced by Greg Floyd, the station's weekday evening anchor.

In a statement to the Times Union on Sunday, Kovar said she was "sleep-deprived and exhausted" after working a double shift.

She added: "On Friday, I notified the station I would not be renewing my contract which expires July 31. Saturday I was scheduled to work the early morning 6 a.m. shift and the evening shift. I was sleep-deprived and exhausted."