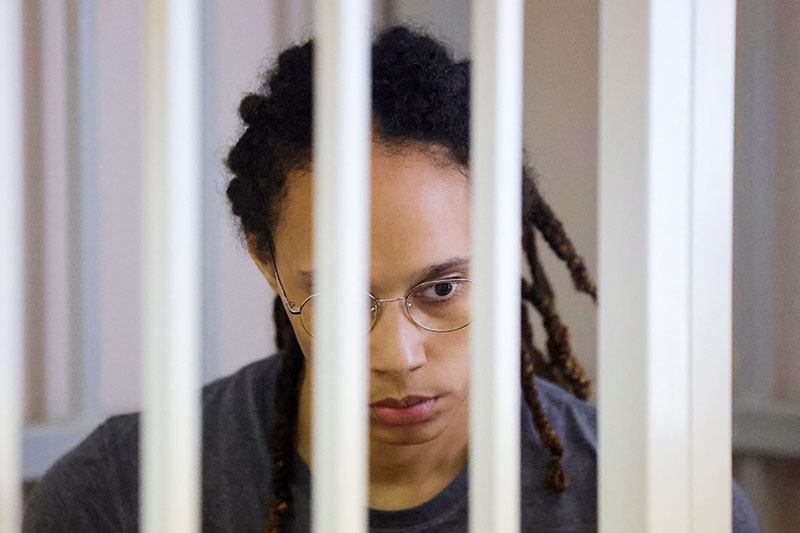 US’ Women’s National Basketball Association (NBA) basketball player Brittney Griner, who was detained at Moscow’s Sheremetyevo airport and later charged with illegal possession of cannabis, waits for the verdict inside a defendants’ cage during a hearing in Khimki outside Moscow, on August 4, 2022. – A Russian court found Griner guilty of smuggling and storing narcotics after prosecutors requested a sentence of nine and a half years in jail for the athlete. 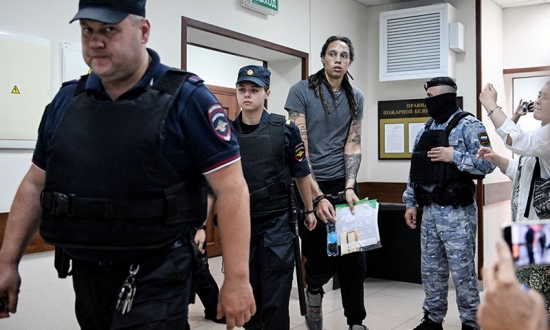 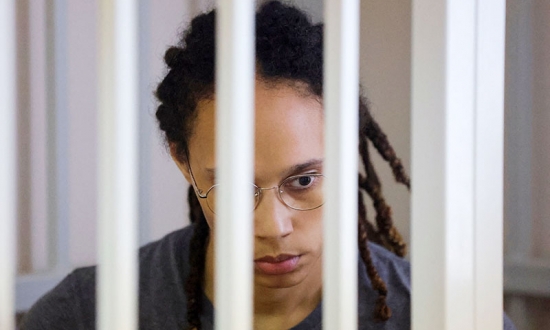 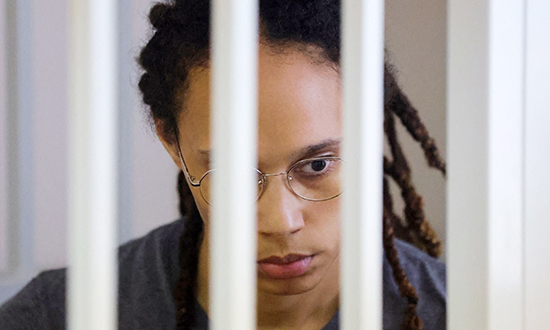