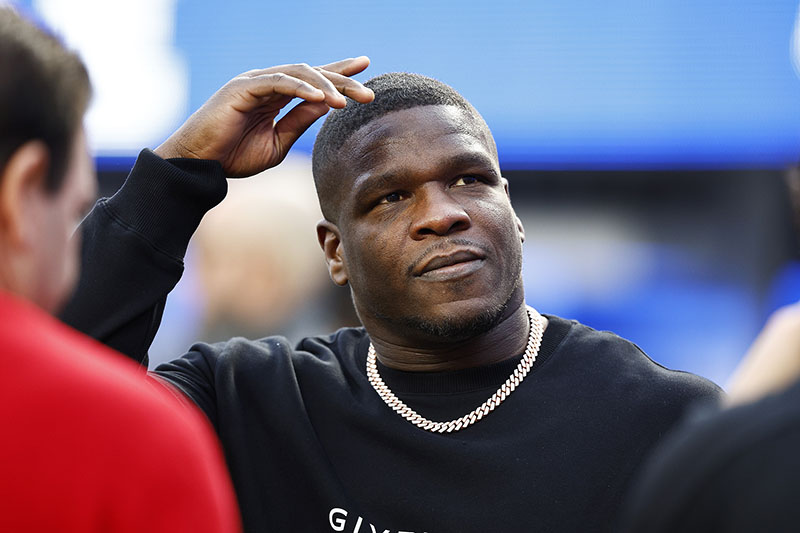 Ex NFL running back Frank Gore was charged with simple assault after he dragged a naked woman by her hair across a hotel room in Atlantic City last month.

Gore is charged with simple assault following the domestic violence incident at an Atlantic City casino on July 31.

Police say Gore and the woman were staying at the Tropicana Atlantic City hotel where the incident occurred.

Police responded to a 911 call from the hotel at 8:11 a.m. and found a 28-year-old woman talking to hotel security.

According to a police report obtained by TMZ Sports, Gore is described as "violently dragging her nude person along the floor of the 59th hallway" after "forcibly" grabbing her hair.

Gore played in the NFL for 16 seasons and was a member of the San Francisco 49ers during most of his career. He signed a one-day contract in June to retire with the 49ers.

"One of the very first things I told the 49ers organization when they drafted me in 2005 was that they got the right guy," Gore said in a statement at the time.

Gore is now a professional boxer who won his first boxing match with a 1st round knockout on Saturday in Mississippi.

Today was a great day!!!
Want to thank my team for all the hard work???? pic.twitter.com/k5Y2n5Nhh7