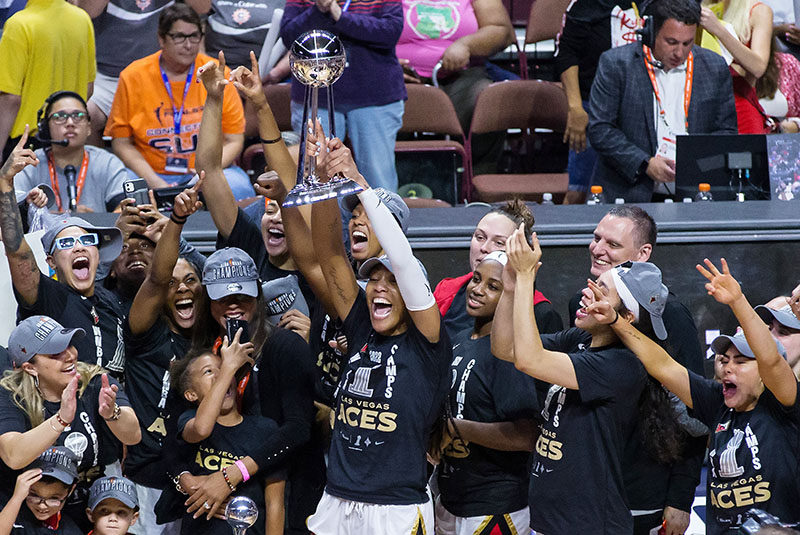 The Las Vegas Aces won their first WNBA championship in franchise history by beating the Connecticut Sun in Game 4 of the WNBA Finals on Sunday.

"I always felt like Vegas set the standard, maybe because that's the only time I've been on," Wilson said. "When you have an owner like Mark [Davis] so dialed in and trustworthy of you and figuring out what can we do better, how can we do more or get people wanting to come to Vegas or just wanting to play better, the sky is the limit for our franchise." 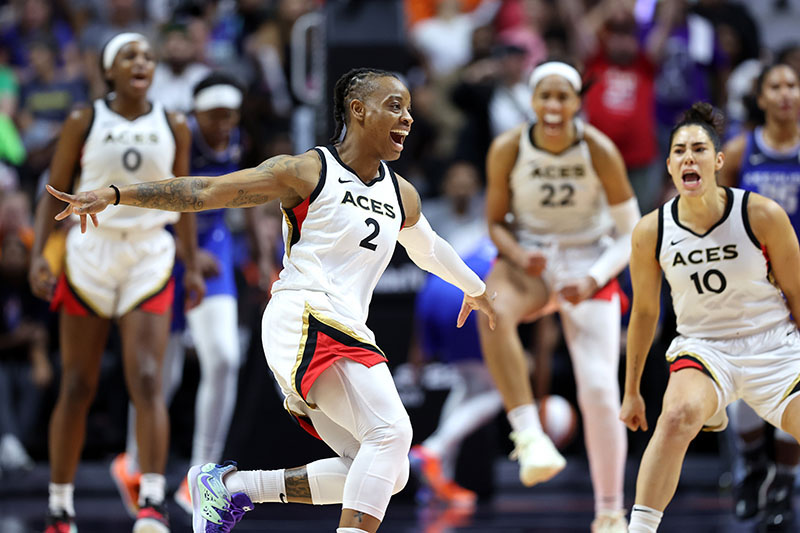 Finals MVP Chelsea Gray scored a game-high 20 points and Riquna Williams (#2) scored 17 points off the bench to lead the Aces to a 78-71 road win. 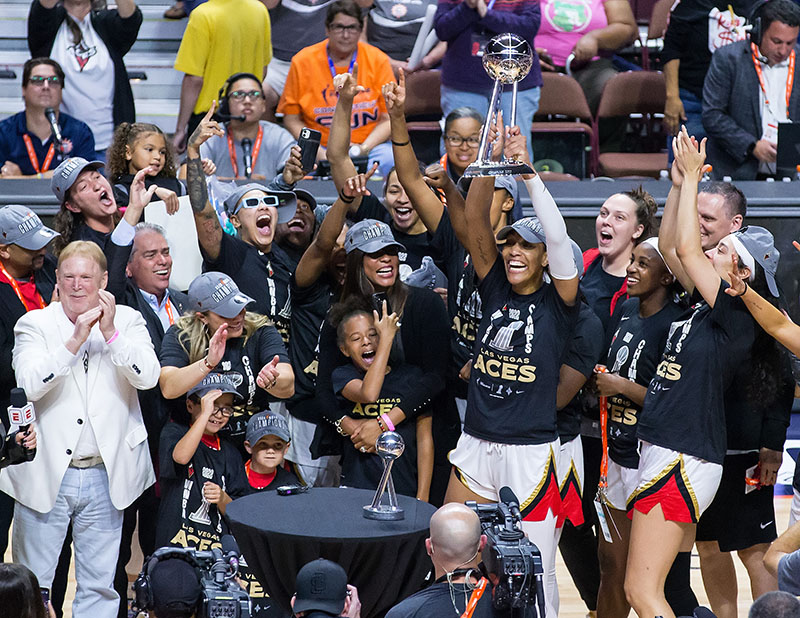 .@_ajawilson22 and @cgray209 speak on bringing the first major title to the city of Las Vegas ?? pic.twitter.com/5OQGG9V7Xb