Kim Kardashian has agreed to pay $1.26 million to the Securities and Exchange Commission for “unlawfully” promoting a cryptocurrency on her Instagram.

It’s not illegal to promote products or assets on Instagram – as long as stars inform their followers that they’re being paid for promotion.

Kim, who is studying to be a lawyer, agreed to pay the huge fine without admitting or denying anything.

Kim is among several public figures who promoted a cryptocurrency called EthereumMax, or EMAX, on Instagram.

Semi-retired boxer Floyd Mayweather and former NBA star Paul Pierce also promoted the cryptocurrency on IG. They were named in a class-action lawsuit in January.

The lawsuit alleged that Mayweather offered signed boxing gloves, ringside tickets and discounts to anyone who purchased tickets to his fights online using EMAX Tokens. 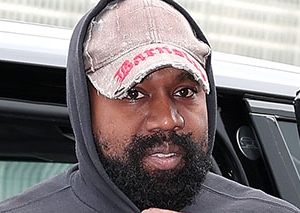