Model Jeremy Ruehlemann died from a drug overdose on Saturday, Jan. 21. He was 27.

The model’s father confirmed to DailyMail.com that Jeremy died of an accidental drug overdose at his friend’s Manhattan apartment.

Police found Jeremy unconscious in a bathroom of the apartment on Saturday. He had struggled with addiction to the painkiller Percocet, and had gone to rehab in the past, his dad said.

Jeremy walked for Tommy Hilfiger and Perry Ellis, as well as appeared in modeling campaigns for Atelier Cillian and Joseph Abboud and in GQ magazine.

“It is with great sadness and a heavy heart that I let you all know that Jeremy Ruehlemann has passed away,” Kanner wrote.

“Jeremy was authentically himself. Salt of the earth. There was just something about him that made you root for him. His excitement over a big booking his optimism when something didn’t work out. When you spoke to him he listened with his eyes and ears. He truly was and will always be one of a kind. Jeremy you will be missed.”

Project Runway winner Christian Siriano also remembered the handsome model who was one of his muses.

“I have never posted anything like this but to lose a friend who was such a beautiful soul is just really hard. This is for Jeremy, the most beautiful man that gave so much love to everyone he met no matter what,” Siriano wrote.

“He was one of my muses and he always will be. He inspired me and I will love him forever. I’m sending all my love to his family and friends who lost someone so special. I know we will meet again one day but right now I just want to hug him. Rest well J we all love you so much! Send love to his family today please.” 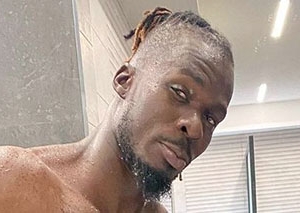