Bella Hadid shared a series of tearful Instagram photos on Tuesday, as she urged her followers to seek help for their mental health.

The supermodel explained that she cries nearly "everyday" and "every night" to relieve her stress.

Bella has been candid in the past about her struggles with depression and anxiety. She reminded her followers that social media shouldn't be their obsession.

The 25-year-old model and influencer compared chemical imbalances in the brain to a roller coaster ride with "ups and downs" that eventually come to a complete stop.

"There is always light at the end of the tunnel, and the rollercoaster always comes to a complete stop at some point... [but] it does get better."

She wrote that she's had "enough breakdowns and burnouts"

"[I]f you work hard enough on yourself, spending time alone to understand your traumas, triggers, joys, and routine, you will always be able to understand or learn more about your own pain and how to handle it. Which is all that you can ask of yourself."

Bella is among millions of people who cry daily to relieve stress. Experts say shedding tears cleanses us mentally and is good for our bodies.

A club in Japan is dedicated to daily crying, called "Rui Katsu," which translates to "tear activity." 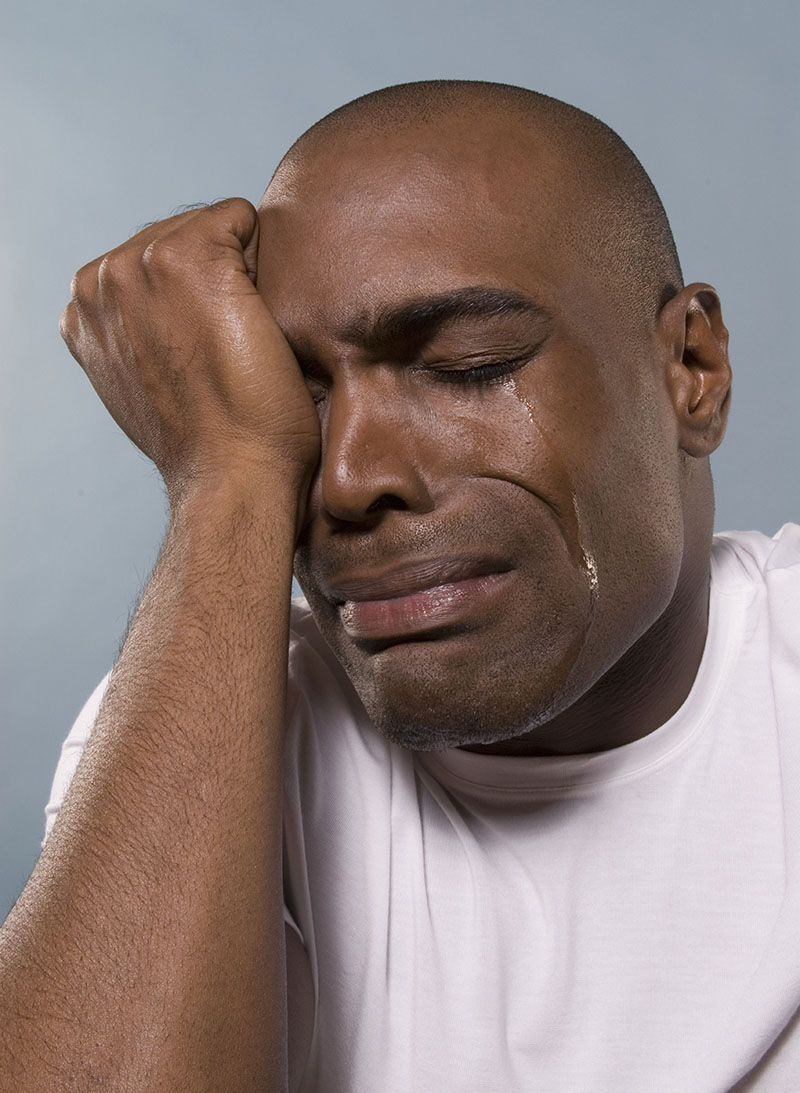 Researchers say crying releases a neurochemical in the brain that relieves stress and helps the body get rid of cortisol, aka the stress hormone. Crying also helps the body to rest and digest food better.

A growing number of schools and companies in Japan encourage their students and employees to cry daily as a way of relieving stress and improving mental health. 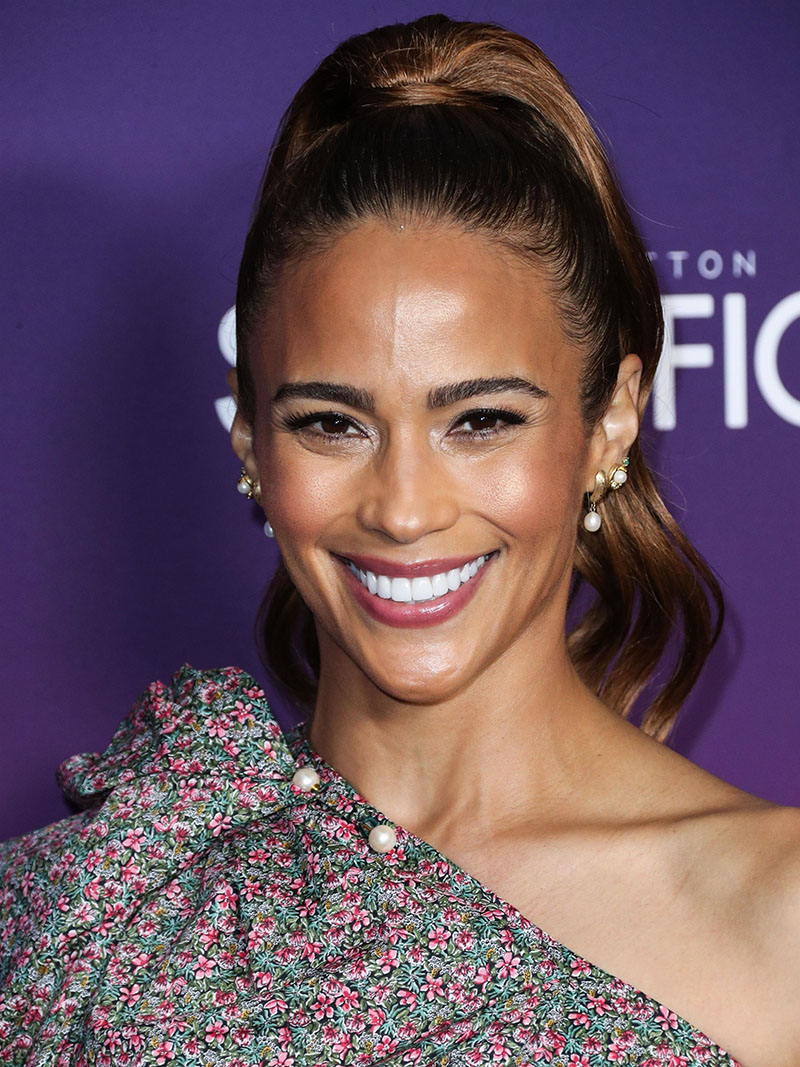 Paula Patton opened up about her racial identity in a sit-down interview with SiriusXM's "The Clay Cane Show."

Paula, whose mother is white and father is Black, says she's "grateful" for her mother, but the term "biracial" offends her sensibilities.

"I find [the term] biracial offensive. It's a way for people to separate themselves from African Americans, a way of saying, 'I'm better than that,'" She told Cane. 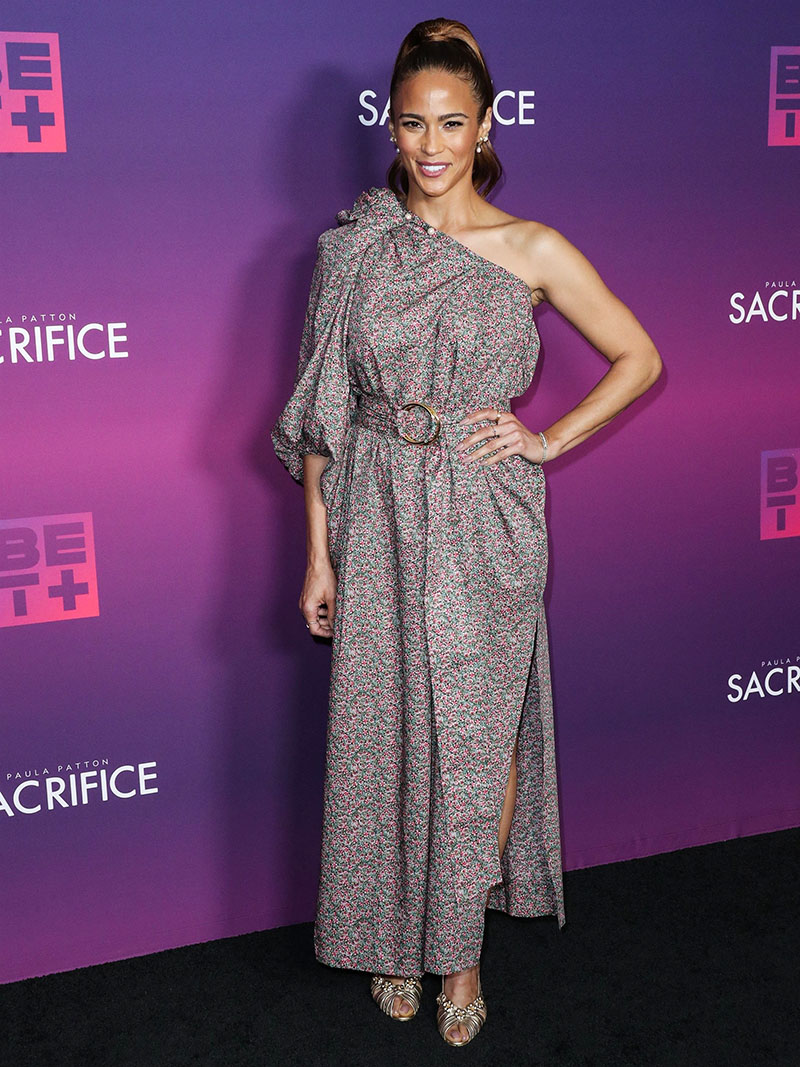 "That's not to say that I don't embrace my mother and everything that she's brought to my life, but it was my mother who let me know, 'The world is going [to] see you as Black and that is who you are. So don't have any questions about that."

"I'm very grateful for her... The politics of race in our country are such that when [some]one wants to make it very clear that they're not Black, it's a way to keep them separate from Black people. We know, we've had a long history in this country of it not being popular to be Black, to be honest with you. I've always found that to be an offensive term. I'm Black and I embrace it, that's my family."

Paula reprises her role as entertainment attorney Daniella Hernandez in The BET+ series "Sacrifice," which is streaming now. 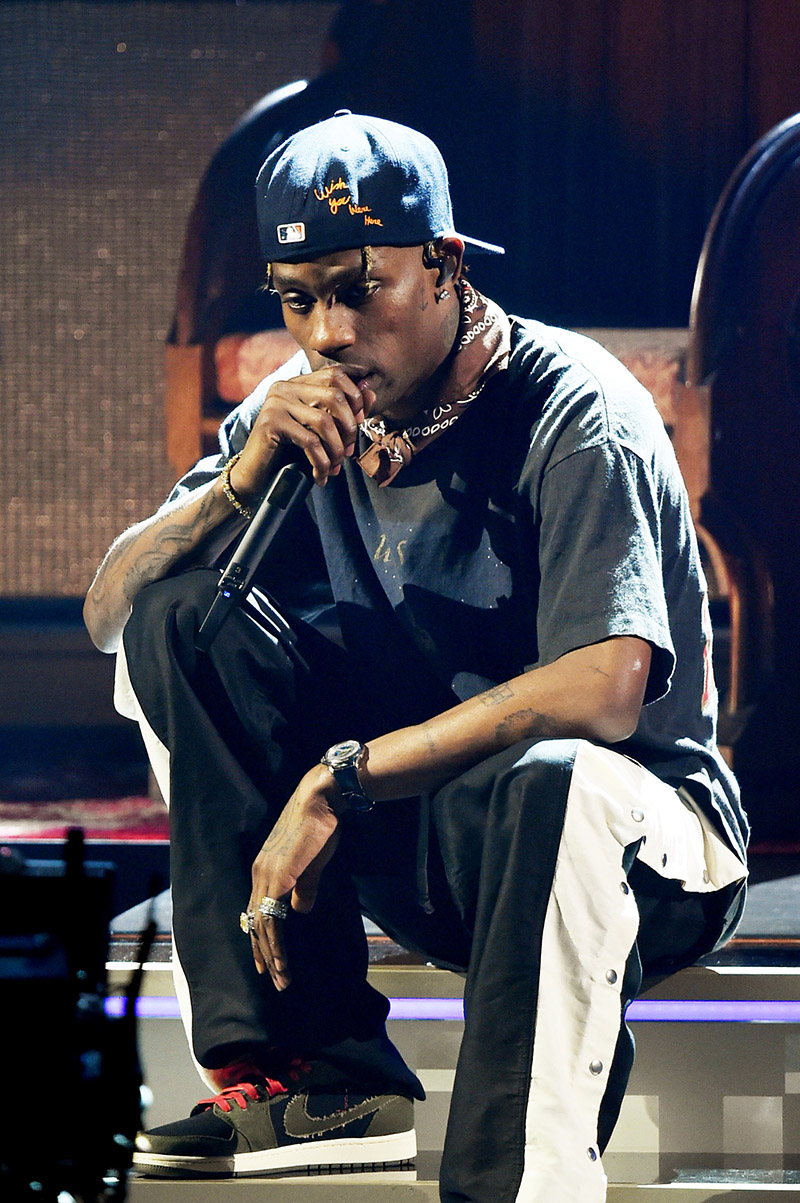 Nicole Murphy is off the market. The 53-year-old beauty attended Monyetta Shaw's celebrity-studded wedding in Atlanta over the weekend.

A video from the wedding showed Nicole dancing with her new bew, who couldn't keep his hands off her ASSets.

No one seems to know who the man is -- which some suspect might be because he's married. One commenter on Instagram wrote: "Now who husband she hugging up on now..."

Someone else wrote: "[He's] one of her friends she known for years."

Which is another way of saying he's married and wifey doesn't know his hands are full with Nicole.

Stevie J is dumping the old ball and chain, singer Faith Evans, after 3 years of marriage.

Stevie and Faith tied the knot in a Las Vegas hotel room in July 2018. The wedding totally blindsided their friends and family and was doomed from the start.

Stevie, 50, and Faith, 48, have children from previous relationships, but their union did not produce children.

The marriage was rocky over the years, and in 2020 Faith was arrested for domestic violence after allegedly attacking Stevie.

This will be the first divorce for Stevie, a father of six, and the second for Faith, a mother of four.

Stevie was involved in a longterm relationship with his Love & Hip Hop: Atlanta co-star Joseline Hernandez.

Stevie and Joseline admitted they faked a marriage in 2013 for a Love & Hip Hop: Atlanta storyline.

In 2016, he fathered a daughter, Bonnie'Bella Jordan, with Joseline.

Kevin Samuels is off the market. The Internet claims he is dating Instagram model Brittany Renner. The two were spotted on a shopping spree recently.

Kevin shared a since-deleted video of Brittany with a new car. His followers believe he's using his YouTube revenue to impress Brittany.

She doesn't look impressed in this video.

Brittany is a 29-year-old model who gained fame on Instagram for her scantily clad photos under the username @bundleofbrittany.

She is best known for being NBA star PJ Washington's baby mama.

"That was his choice. I don't have to leg-lock ni--as... that child was planned," she said of her son, Paul Jermaine Washington III.

"You're old enough to ride this ride. You want to f–k with me... so why are we babying men that are making a decision for themselves. I was on birth control up until I had a conversation with my baby father... I have no reason to lie about anything that I have done or the person that I am and I believe in full transparency."

It seems odd that Kevin ignores his own advice about high value women.

Good luck to them. 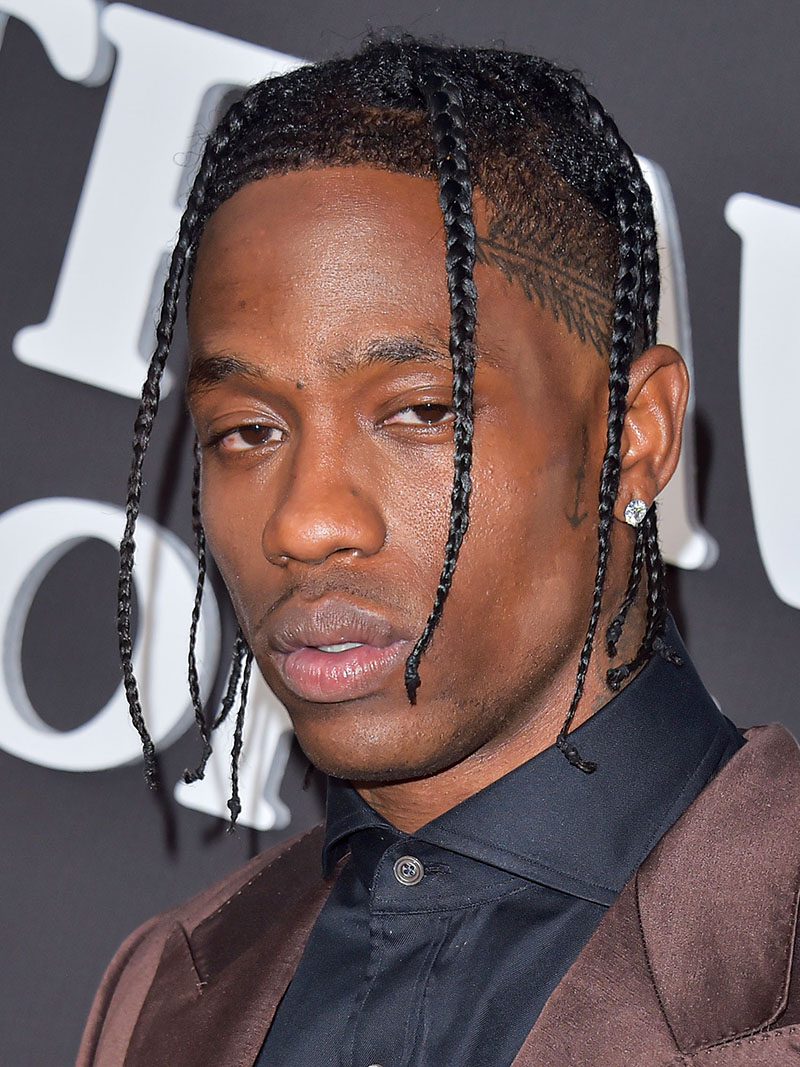 The show will not go on for Travis Scott. Sources say the embattled rapper was dropped as headliner of the upcoming Day N Vegas music festival.

The troubled rapper faces lawsuits and allegations that he put his fans' lives in danger by allegedly encouraging them to sneak into his Astroworld Festival in Houston on Friday.

8 people died and hundreds more were injured during a stampede and rumors of fentanyl overdoses in the crowd.

Scott was scheduled to headline the Day N Vegas festival on Saturday, Nov. 13, but a source says he was asked to withdraw. Other festivals are also contacting Scott's team to express their concerns.

"What music festival wants that kind of publicity?," the source said.

Other sources claim he cancelled because he was "too distraught to play."

On Sunday, the first lawsuit was filed against the rapper, his management, a concert promoter, and NRG Park where the festival was held.

Concertgoer Kristian Paredes says he was "seriously injured during the stampede and crowd surge on Friday.

He is asking for $1 million in damages.

Meanwhile, Scott has offered to refund all tickets to the 2-day Astroworld Festival. Day 2, scheduled for Saturday, Nov. 6, was canceled following the disaster. 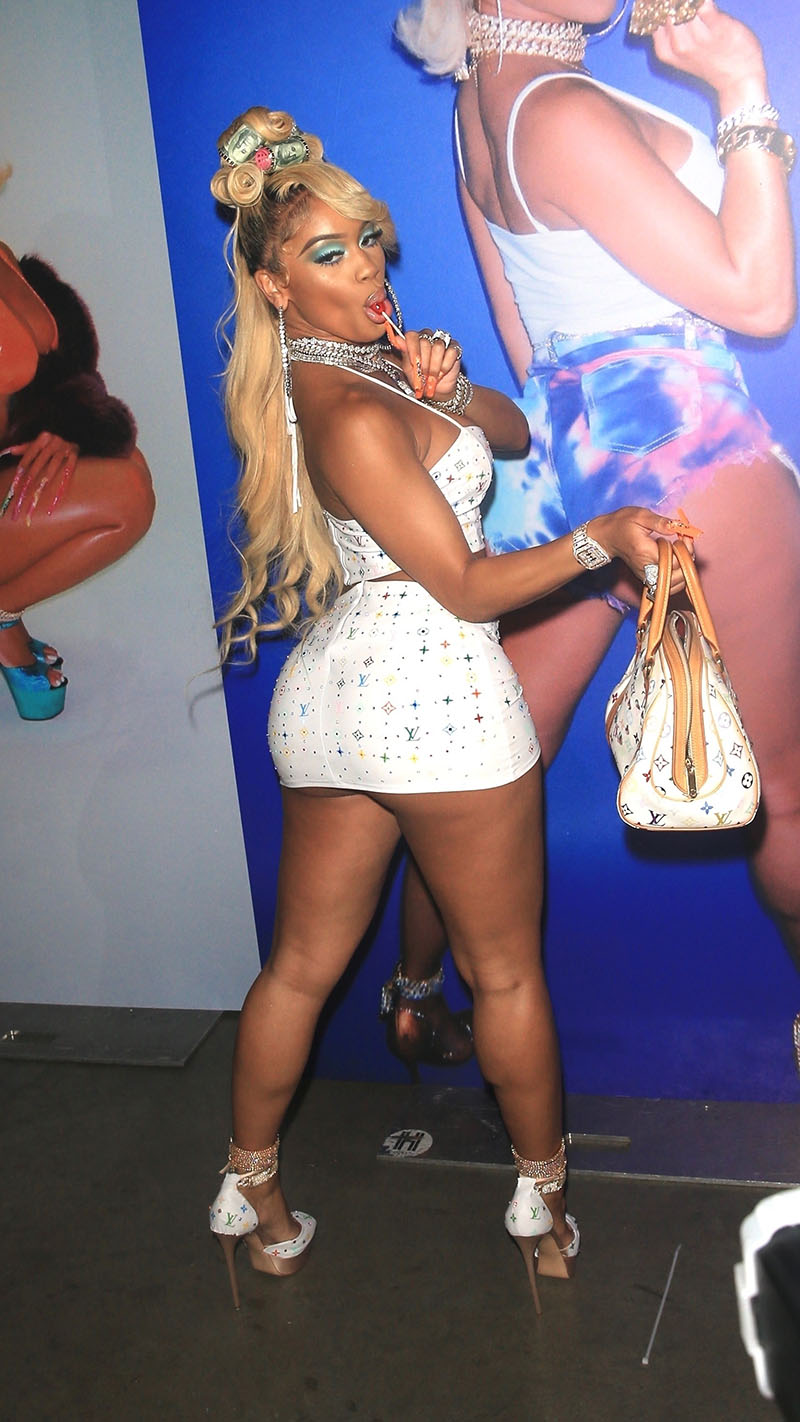 Saweetie went viral over the weekend when she tweeted: "I want some babies."

The childless rapper will turn 29 next summer.

I want some babies.

Her post was liked 29,000 times and drew nearly 2,000 comments from men eager to volunteer.

Among the plethora of males offering their services was prolific breeder Nick Cannon. 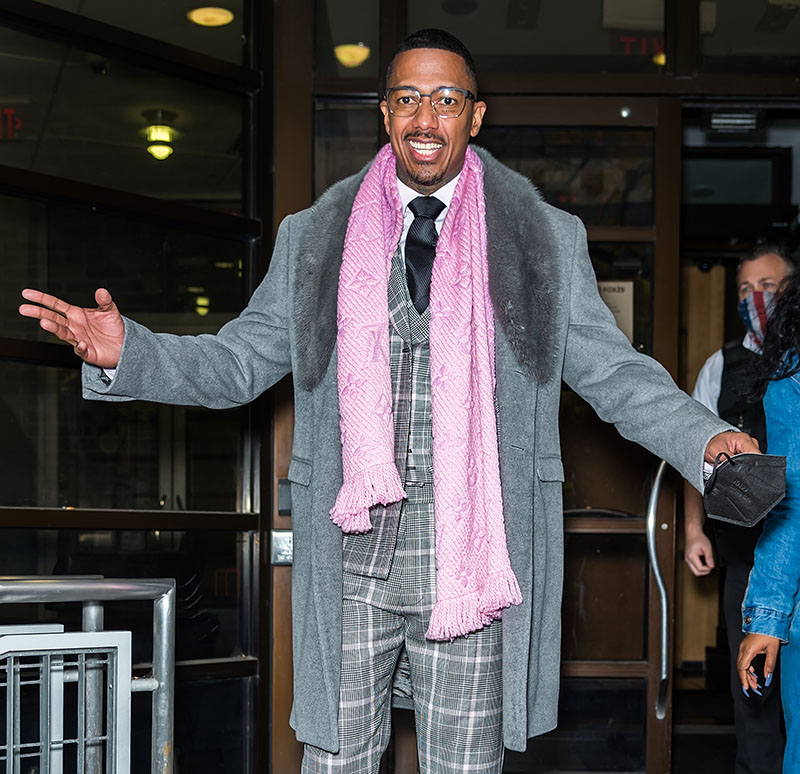 The 41-year-old father-of-7 tweeted a string of emojis including a raised hand and a ninja warrior.

The "Icy Grl" rapper, who recently dated rapper Quavo, has said she wants to remain single following their bitter breakup earlier this year.

Saweetie is focusing on building wealth rather than wasting time on relationships with emotionally unavailable men.

Women with financial means, like Saweetie, have many options. She can freeze her eggs and pay a surrogate to carry her child.

Don't be surprised if Saweetie announces she's a single mom of twins soon.

Is Halle Berry the latest ghey for pay celebrity who pretends to be bisexual for clout?

In an Instagram video, actress Halle Berry is seen hugging rapper Young M.A.'s neck. The mom-of-two says, "This is my baby right here," which made Young M.A. blush and giggle. 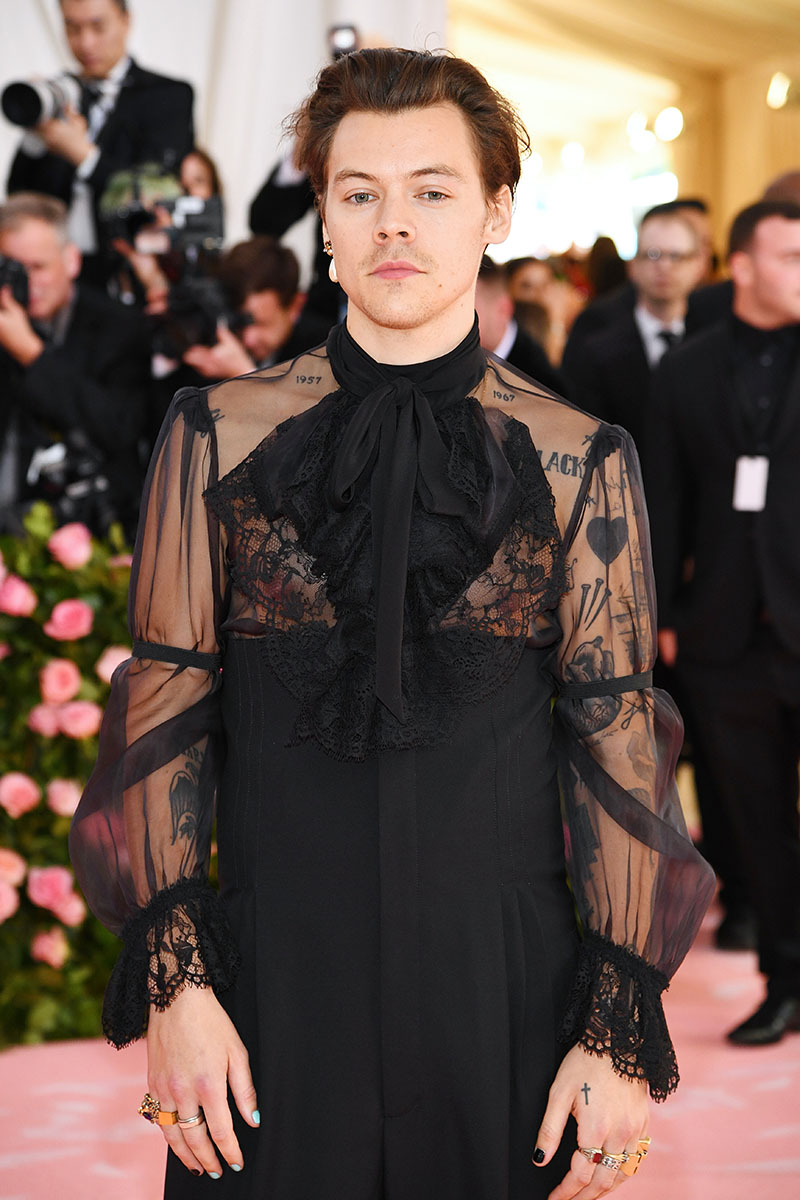 Heterosexual celebrities such as Harry Styles have jumped on the ghey for pay bandwagon because it pays well. However, the LGBT+ community frowns upon this behavior.

Young M.A. went viral in July after saying she wanted to have a baby, according to Vlad TV.

"I told my girl this. I'd rather a boy first, because he'd be the one taking care of his little sister and he got to hold it down. That's how it was with me and my brother." 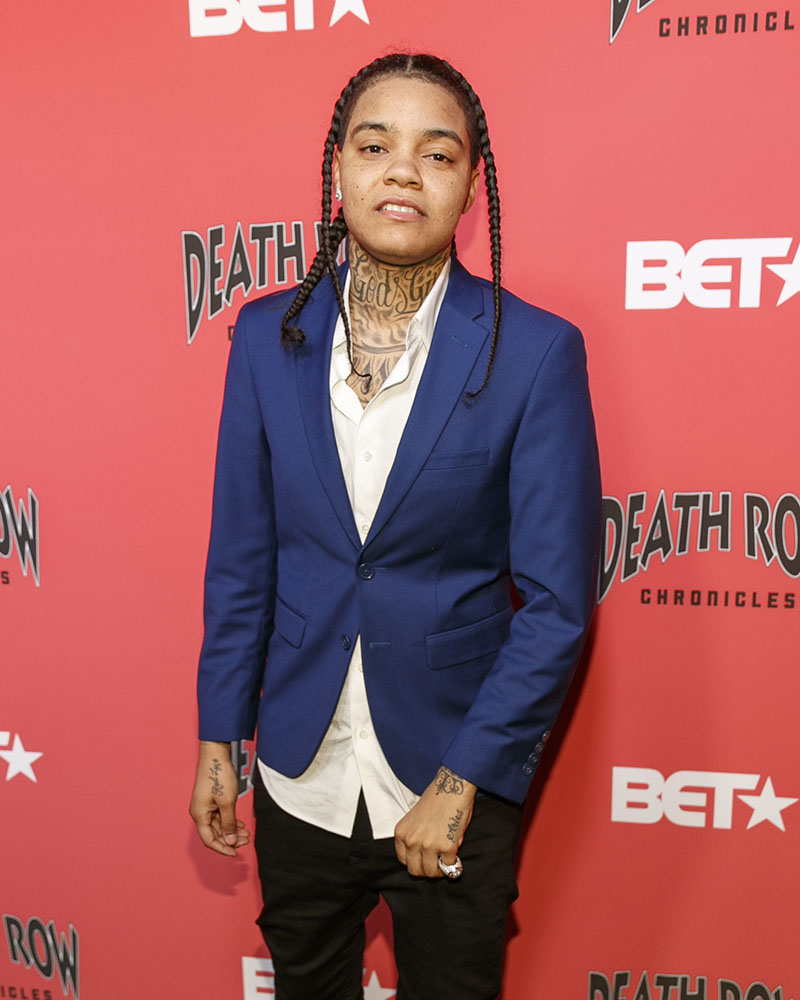 Young M.A.'s comments prompted speculation that she was pregnant. She later clarified that her girlfriend would carry the child, since she - Young M.A. - identifies as a male.

Zonnique Pullins is just like you: she often pays her bills late and nearly ruined her good credit.

"My lights ain't never been off but my water has," she told viewers on Instagram Live.

The 25-year-old host of "The Mix" on FOX SOUL has tried her hand at singing and starring on reality TV shows. But her most important role to date is mom to her daughter with aspiring rapper Bandhunta Izzy, 24.

In her Instagram Live, Zonnique shared that she's bad at adulting, after missing several mortgage payments and nearly ruining her credit.

"Yup, I be missing the bills. Yup, yup," she said, while playing with her hair extensions.

"I'm very much normal. I don't... I suck at being an adult. I'm tired of this sh... Nah for real. I really could tell y'all some real - for real. But I don't even want to embarrass myself."

Zonnique said she thought her mortgage payment was on auto-pay.