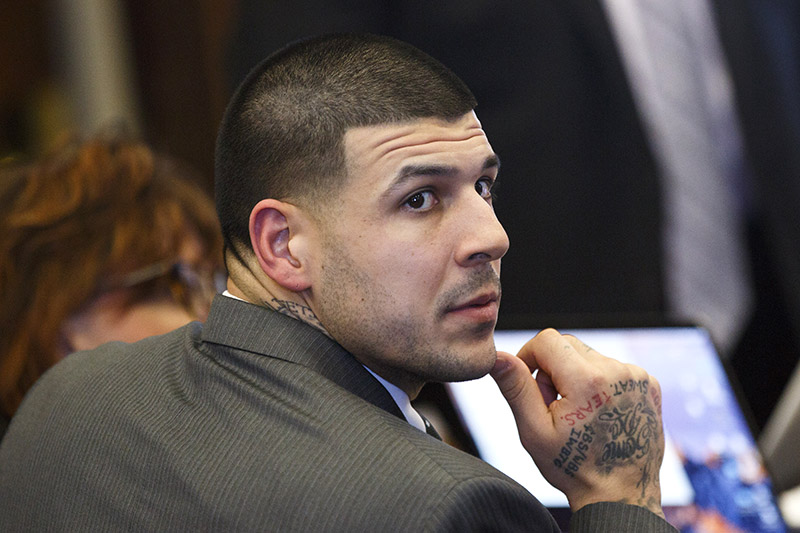 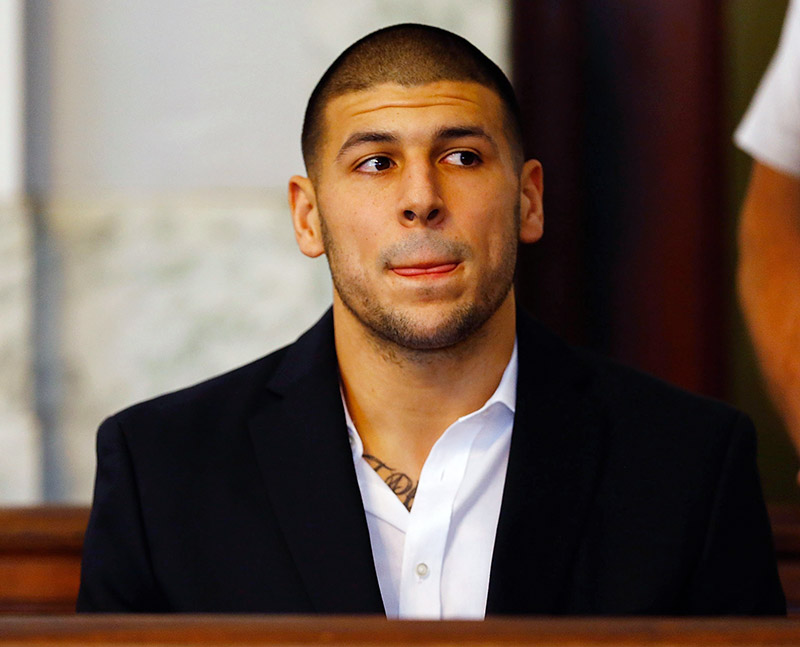 Fans of former NFL star Aaron Hernandez were grateful when a judge threw out his murder conviction shortly after he killed himself in prison on April 19, 2017.

END_OF_DOCUMENT_TOKEN_TO_BE_REPLACED

A year after disgraced football star Aaron Hernandez committed suicide in his prison cell, his fiancée, Shayanna Jenkins is expecting a baby.

END_OF_DOCUMENT_TOKEN_TO_BE_REPLACED

Aaron Hernandez's family has filed a lawsuit against the NFL after a study of his brain determined Hernandez had chronic traumatic encephalopathy (CTE) when he died at age 27.

END_OF_DOCUMENT_TOKEN_TO_BE_REPLACED

"EMBARASSING" AND "HURTFUL": Fiancée of Aaron Hernandez denies rumors he was gay or bisexual in Dr. Phil interview https://t.co/NamCsZZGc3 pic.twitter.com/MvbcT5zSEs

Aaron Hernadez's fiancée Shayanna Jenkins denied reports that the late NFL wide receiver was gay or bisexual. Jenkins made the statements in the second part of a 2-part interview with Dr. Phil on Tuesday.

Hernandez, 27, took his own life in his prison cell in April.

END_OF_DOCUMENT_TOKEN_TO_BE_REPLACED 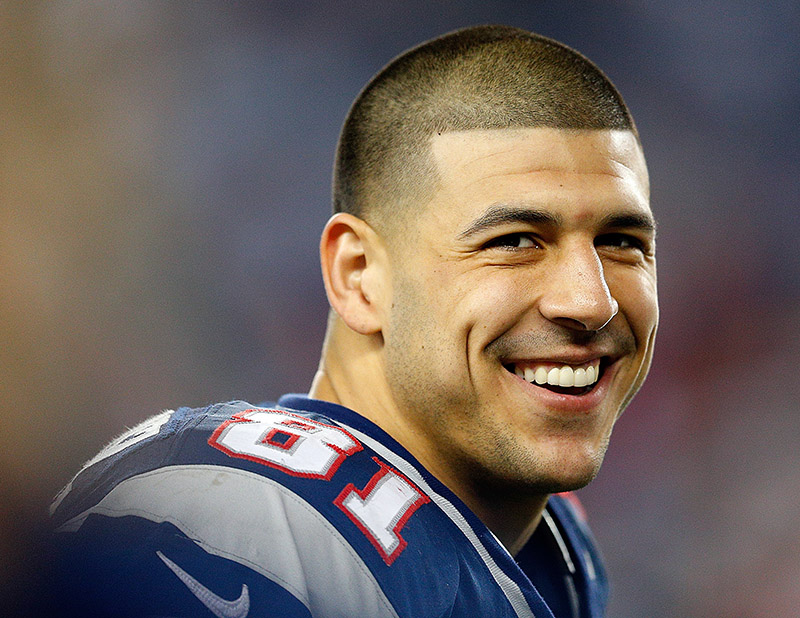 END_OF_DOCUMENT_TOKEN_TO_BE_REPLACED

Prosecutors released an excerpt of a suicide note left by disgraced NFL player Aaron Hernandez to his fiancée Shayanna Jenkins.

Hernandez, who committed suicide in his prison cell in April, wrote "YOU'RE RICH!" to Jenkins in a letter that was first revealed by NBC Boston.

END_OF_DOCUMENT_TOKEN_TO_BE_REPLACED

Aaron Hernandez asked prison officials if he could share his cell with his jailhouse lover because he was lonely and craved male companionship.

"Hernandez had requested to the prison that my client, Kyle Kennedy be his cellmate," Kennedy's attorney Larry Army, Jr. told DailyMail.com.