Doctors in Europe have announced a second person "cured" of HIV - the virus that causes AIDS. This is the second time doctors have placed a HIV patient into "sustained remission" with a stem cell transplant.

END_OF_DOCUMENT_TOKEN_TO_BE_REPLACED

President Trump says he wants to stamp out HIV, the virus that causes AIDS (Acquired Immune Deficiency Syndrome). Trump will announce his plan to wipe out HIV by 2030 during his State of the Union Address to the nation tonight.

Before Trump ran for President, he generously donated to AIDS research, and he and his wife Melania attended Elton John AIDS Foundation galas.

On Tuesday night, President Trump will pledge to end the HIV epidemic in America, according to a report on Politico.com website.

But health experts say if the President is serious about ending the HIV epidemic, he should treat transgenders and immigrants better.

Saying Trump's announcement would be a "pleasant surprise," health expert Lucy Bradley-Springer told Buzzfeed that Trump "would be an unlikely messenger for ending the stigma toward people with HIV."

Bradley-Springer was one of six experts who resigned from the presidential advisory committee on HIV policy before it was disbanded by Trump. They wrote a scathing letter saying Trump's policies harmed people with HIV and AIDS.

About 1.2 million Americans are living with HIV, and every year another 40,000 people are infected. Men who have sex with men (MSM), Black women, and immigrants are among the highest risk categories to contract HIV.

"Many immigrants are afraid to access HIV prevention and medical care, out of fear of deportation," noted a report from AIDS United. "These barriers have the potential to drive dramatic increases in new HIV cases among Latinx gay and bisexual foreign-born men." 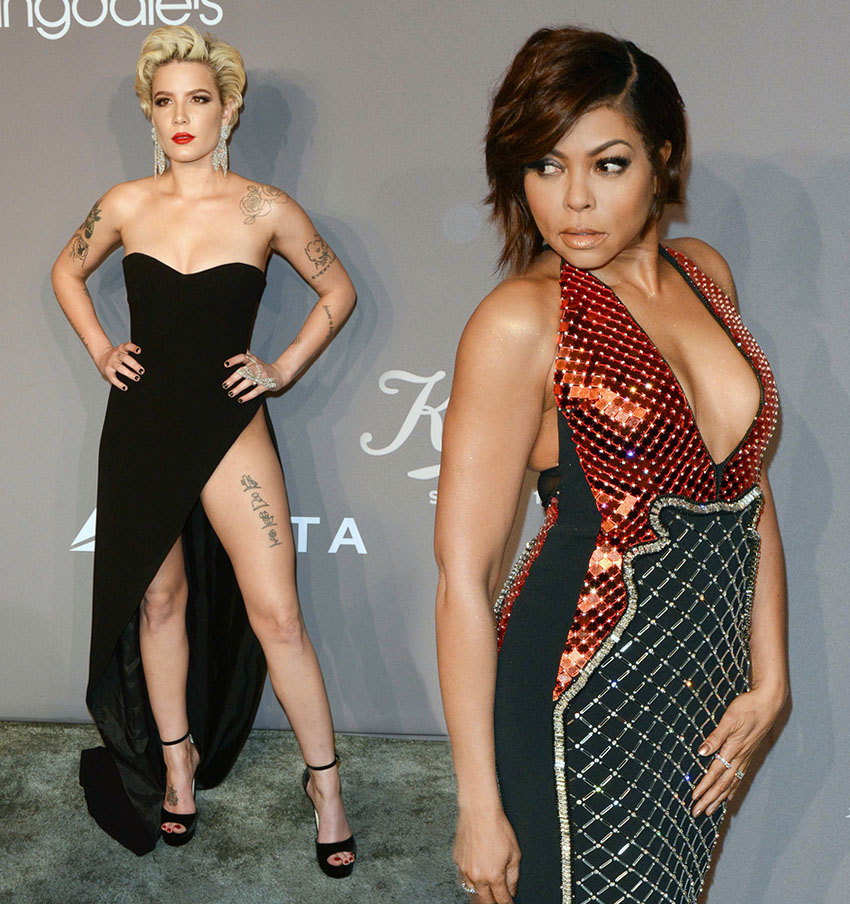 Stars such as singer Halsey (Left) and actress Taraji P. Henson walked the red carpet in their designer finest at the annual amfAR gala in New York City on Wednesday.

amfAR, the Foundation for AIDS Research, raises donations for AIDS research in America and around the world. The big news at this year's amfAR Gala was shoe designer Kenneth Cole resigned as director of the charity in the wake of the Harvey Weinstein scandal.