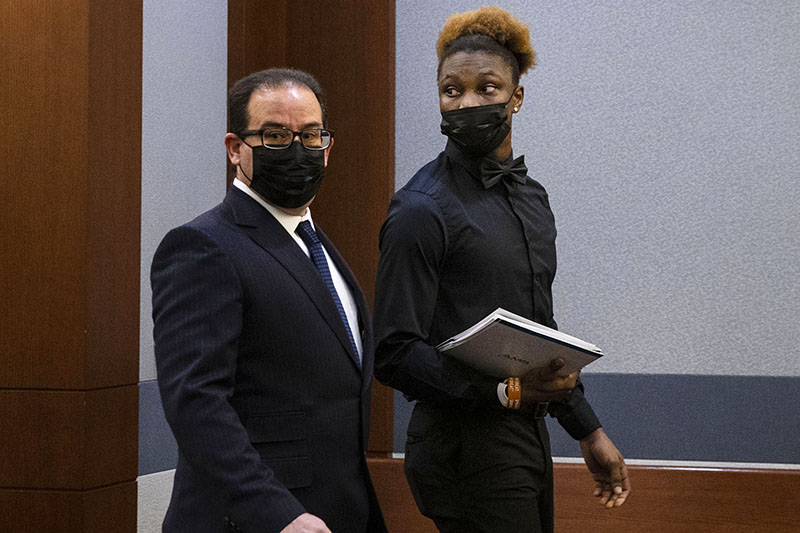 Henry Ruggs III missed a mandatory breathalyzer test, which he claims happened because missed a call.

Ruggs is charged with killing a woman and her dog during a high-speed crash in Las Vegas earlier this month.

Ruggs was required to take random breathalyzer tests as a condition of his bail. However, he missed one of the tests, which could land him back in jail.

He was back in court on Monday to explain to the judge why he missed the mandatory test.

Ruggs' lawyers submitted testimonials from two people who claim they were with Ruggs when he missed the call to take the test and he didn't hear the signal from the monitor.

"He should not be punished because his case attracts so much attention," his lawyer told the judge.

According to TMZ, Ruggs is now required to wear two ankle monitors that continuously test his alcohol levels 24/7.

One ankle monitor is a continuous alcohol device and the other is a GPS monitor.

Judge Suzan Baucum said she was "comfortable with a higher level of monitoring," but she warned Ruggs, "if there are any misses, if there are any problems, if there is any alcohol detected in your system, you need to know that's going to be problematic for this court going forward."