Baldwin fired a prop gun that accidentally killed Halyna Hutchins and injured a director on the set of his low-budget independent film, "Rust," on Thursday.

A 24-year-old, non-unionized armorer with no experience, was given the assignment of handing the prop gun to Baldwin.

The Sante Fe, New Mexico Sheriff's Office investigated the shooting and no charges are expected.

However, Hubert took to Twitter on Wednesday to blame a Trump supporter for the tragic accident.

"Am I crazy, but my first thought was Baldwin was given this gun on purpose from someone to get back at him for his Trump impersonations? I have never seen prop guns sitting out on set EVER Then to photograph his pain and give it to the press! Hmmmm, so very heartless, TRUMPERS?"

Baldwin was a vocal Trump hater who frequently impersonated the former President on Saturday Night Live while Trump was in office.

Other Trump-hating conspiracy theorists on Hubert's timeline agreed with her.

I wouldn't put it passed them. Not even 12 hrs in and they were calling for manslaughter charges against Alec and creating false news reports

I agree. It was a set up against Alec

Judging by the absolute glee of some of his supporters in the midst of this awful tragedy, it would not surprise me.

It sounds so plausible. It's a tragedy and someone needs to be held accountable. I can't imagine how he must feel knowing that the actions of another person caused him to take a life.

You are not alone ma'am. I thought the sa.w damn thing.

That’s exactly what I thought too.

Donald Trump Jr. is profiting from T-shirts referring to the fatal shooting on the set of low-budget film, Rust.

According to an affidavit released Sunday night, Baldwin, 66, was practicing firing into a camera when camerawoman Halyna Hutchins, 42, was shot in the chest on Thursday. She died at a local hospital.

Crew members say the camera was protected by a bulletproof shield -- but crew members weren't protected.

Trump Jr., the son of the former President Donald Trump, who is also a frequent critic of Baldwin, took to his Instagram Stories to promote a T-shirt that says: "Guns don't kill people, Alec Baldwin kills people."

Trump Jr. also photoshopped an image of Baldwin wearing the T-shirt which sells for $27.99 on his personal website.

Baldwin was a vocal critic of President Trump and he is notoriously anti-gun.

Vanity Fair magazine referred to Trump Jr. as "sentient pond scum" for profiting off of a "horrifying tragedy".

The magazine went on to say Trump Jr. has been "gunning to succeed his father as the biggest asshole on Twitter".

"I hope the family of Halyna Hutchins sues Donald trump Jr for every penny he's worth because of the disgusting tee shirts he's selling to profit off of her death.

"Don Jr. is all the proof you need that the douche doesn't fall far from the bag."

While a third person wrote:

"An innocent person was killed, but anything for a buck.

Someone died in this accident. She was a mother, wife, and daughter. I know how her family feels. The only thing I want to say to that scum of the earth @DonaldJTrumpJr is you clearly are your fathers son. Never has there been a more miserable family.https://t.co/4zJFL5yoey

Don Jr is selling these shirts for $27.99 on his website. Pathetic. pic.twitter.com/K8fFCzsRj7

The way Baldwin mocked the president he got what he deserved. Don Jr should not get involved. Things have a way of working out.

Don Jr. is a piece of shit who makes money off of others misfortune. 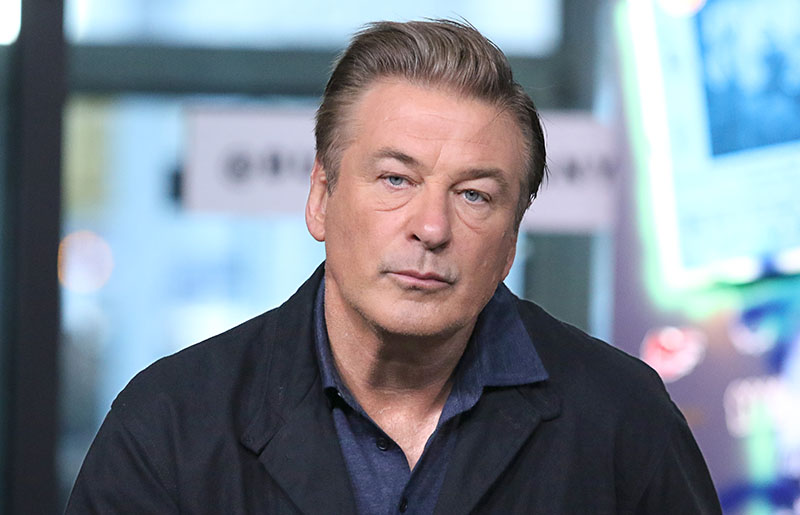 Actor Alec Baldwin may face federal manslaughter charges after shooting and killing a cinematographer and injuring a director on the set of his low budget independent film, "Rust."

Chicago-based attorney Andrew Stoltmann believes Baldwin "needs to start thinking like a potential defendant instead of just somebody who made a tragic mistake."

"I'm certainly not saying he's going to be charged," Stoltman told Fox News, "but what I am saying is anytime somebody shoots another human being – even on accident, even in self-defense – the police and eventually prosecutors look very, very carefully at what happened.”

According to an affidavit released Sunday night, Baldwin, 66, was practicing firing into a camera when camerawoman Halyna Hutchins was shot in the chest on Thursday.

The bullet went through Hutchins and struck director Joel Souza in the clavicle. Hutchins, 42, was pronounced dead at a hospital. Souza was treated and released from a hospital the same day.

A sheriff's investigation is ongoing, but no charges are expected to be filed against Baldwin.

However, federal prosecutors are considering filing charges against the volatile actor who reportedly angered unionized crew members earlier in the day.

The crew members say they walked off the set because of poor working conditions and gun safety issues.

It was revealed in the affidavit that some crew members used the same gun for target practice on the desert set earlier.

Investigators say Baldwin and his crew violated the 1st rule of gun safety: never point a gun at someone. Always assume the gun is loaded.

There's a difference between a "prop gun" and a real firearm -- and the crew members knew the gun was real.

At least one scripted television series, ABC's cop show "The Rookie," has banned the use of real guns on the set going forward.

Whether Baldwin is charged or not, his acting career is over.

Hollywood insiders say the low budget movie he was filming at the time of the incident will never see the light of day. 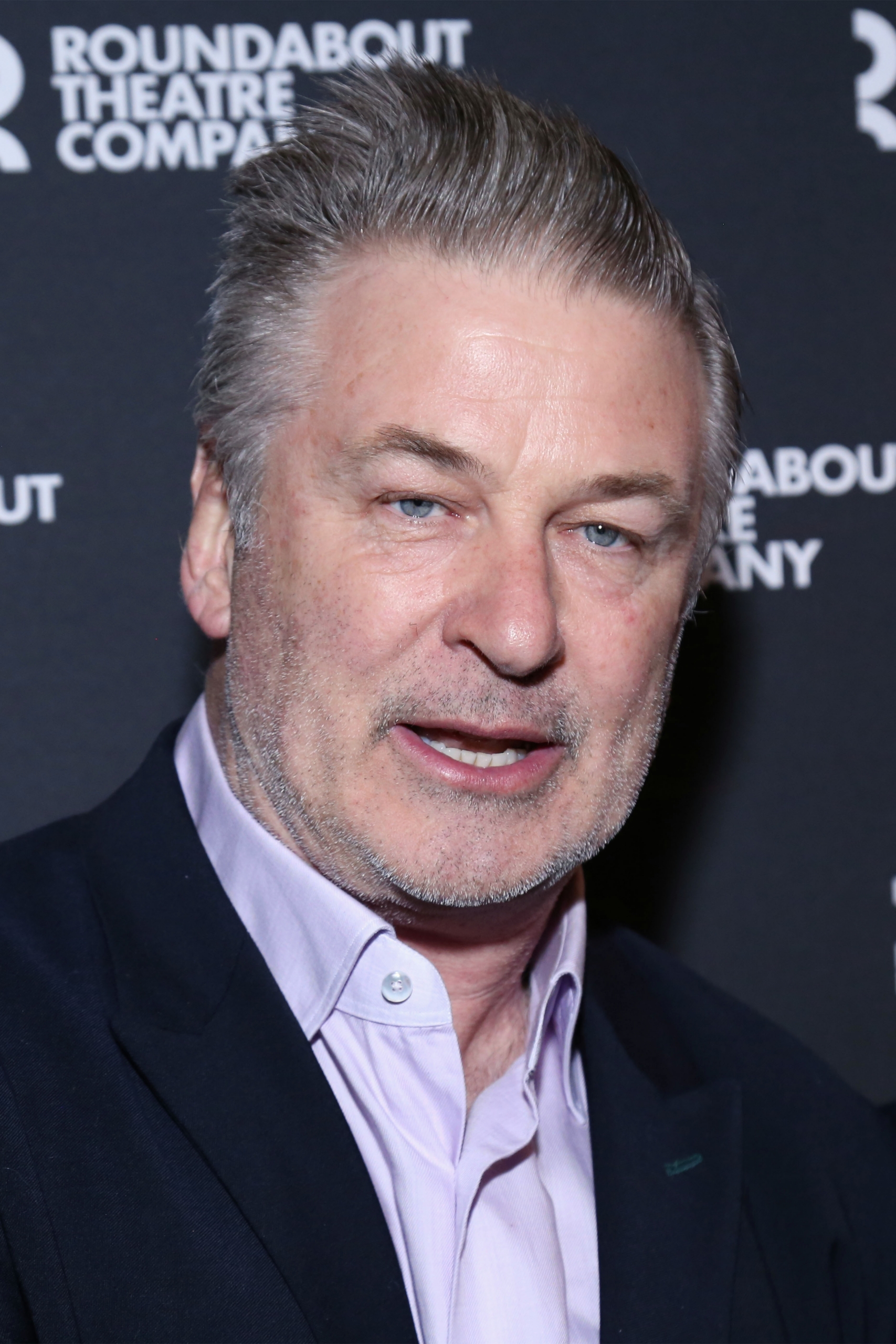 A cinematographer was killed and the director injured when a prop gun fired by actor Alec Baldwin apparently was loaded with live amunition.

According to Deadline, Baldwin, 68, was filming a scene for a movie that required him to fire a gun loaded with blanks. However, the gun was loaded with live ammunition and fired projectiles at the crew.

Cinematographer Halyna Hutchins, 42, was struck by shrapnel or a bullet and died at a hospital in Santa Fe, New Mexico on Wednesday.

Writer-director Joel Souza, 48, was transported to a hospital with a non-life-threatening injury and has been released. 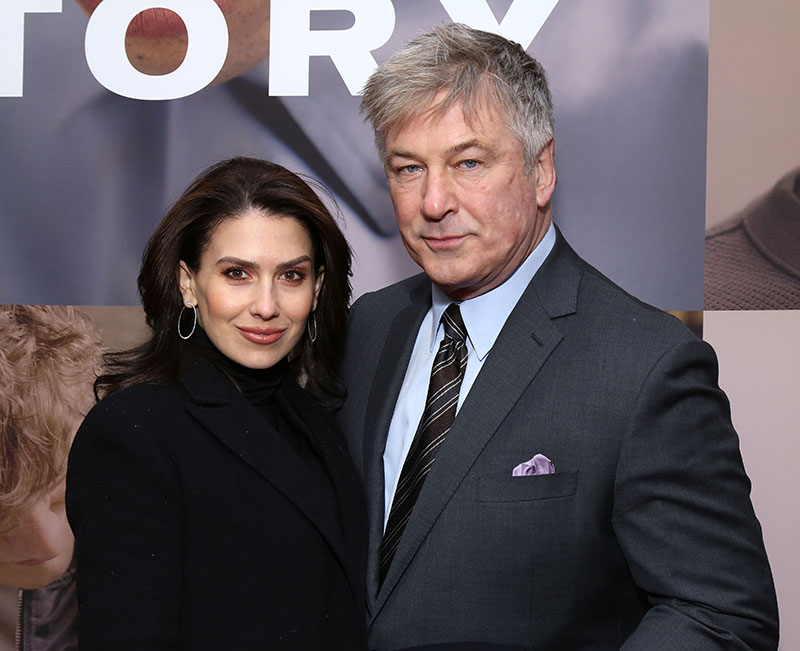 Baldwin, pictured with his wife, Hilaria, is starring in a new western called "Rust."

Baldwin was not injured and is said to be "distraught", according to the film company.

Earlier Thursday, Baldwin posted a picture of himself in character on the set. No criminal charges have been filed and an investigation into the incident is ongoing.

Does anyone know who Gabrielle Union is supposed to be for Halloween? The 44-year-old actress was seen arriving at Heidi Klum's popular Halloween party in New York City. She wore a checkered taxi driver-inspired costume with strappy platform sandals. Earlier in the day she attended the AOL Build event in NYC.