Wanya Morris is not having any disrespect from Kandi Burruss. According to ATLien of StraightfromtheA.com, Kandi appeared on Instagram Live with R&B legend Eddie Levert and one of Gerald Levert's daughters.

If you recall, Kandi was romantically involved with the late, great singer, Gerald.

During the livestream, Eddie asked Kandi to discuss the worst experience she has ever had working with other artists.

Kandi (pictured below with daughter Blaze) named Boyz II Men as a particularly "bad experience" she had in the recording studio. 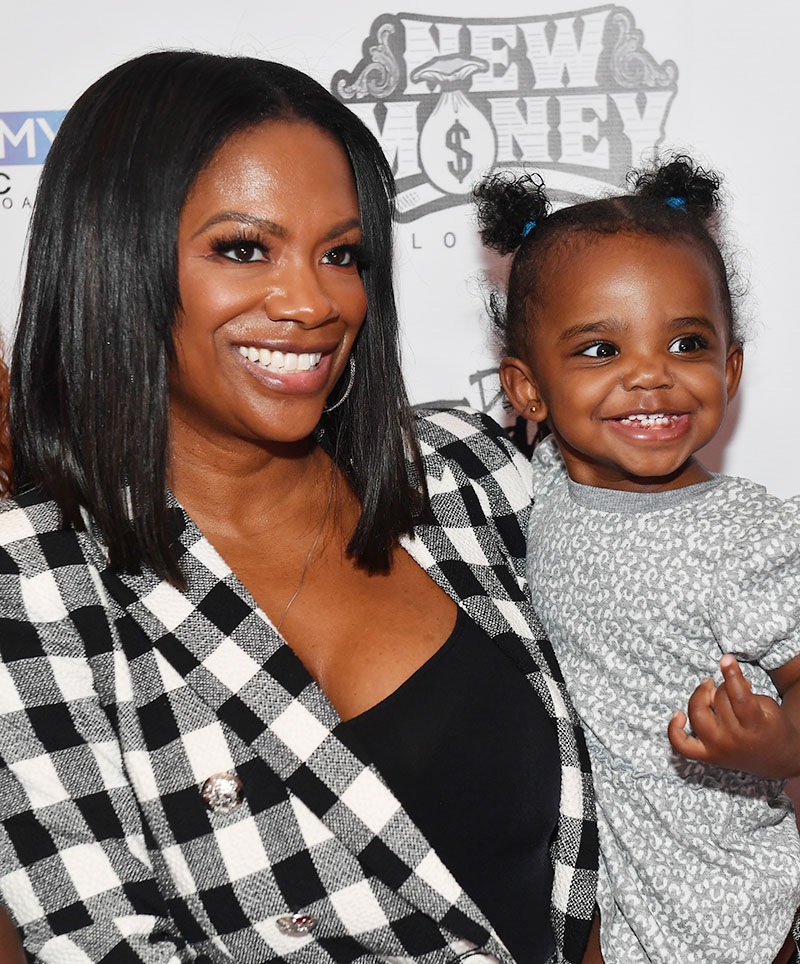 When asked for details, Kandi laughed and said, "We fell out after that. It was an issue. I don't think I've ever been disrespected like that before in a studio in my life!"

Kandi said she has moved past the difficulties they had in the studio. But Wanya was not pleased that Kandi dug up old dirt about his former group.

He spilled the tea -- and it's easy to see why Kandi didn't want to discuss it. 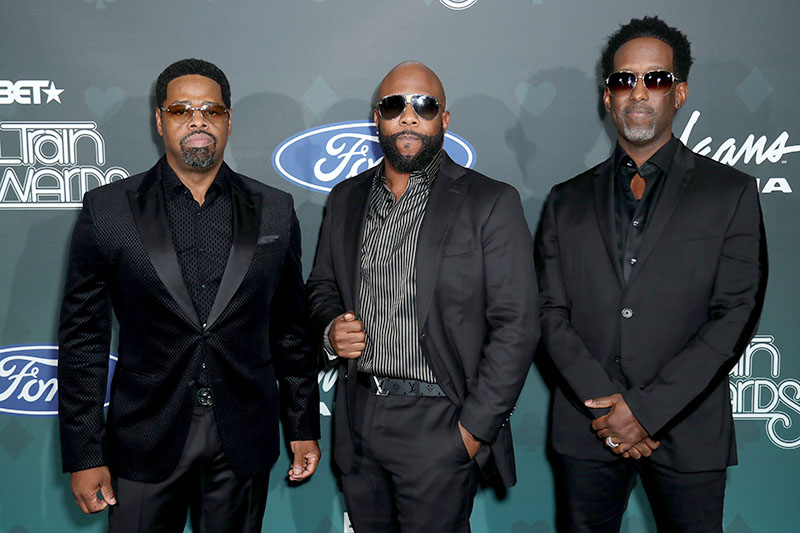 Wanya, pictured center with Nathan Morris (left) and Shawn Stockman (right), said he worked on a song with Kandi, and her then-boyfriend, music producer Shakespeare.

After they completed the song, Kandi demanded to discuss her "splits" of the songwriting credits right then and there. 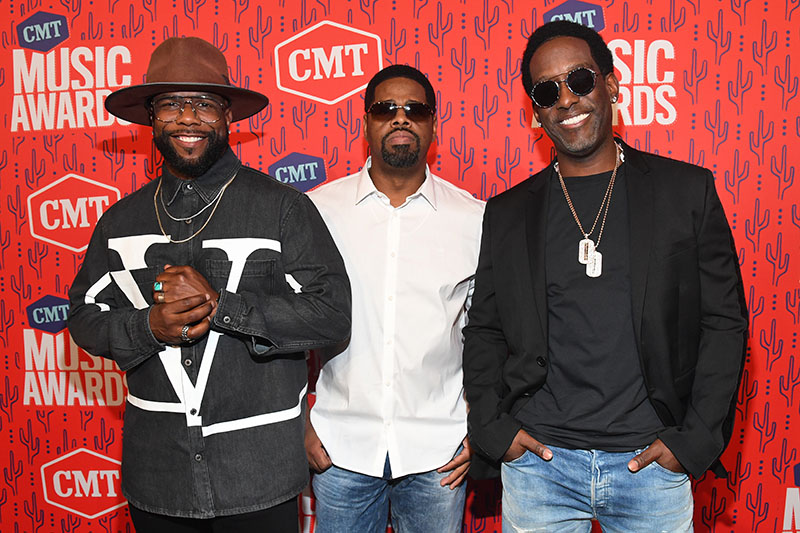 That's not how we work, said Wanya (left), who added, "I have nothing bad to say about Kandi. It's just we work differently."

At first, Wanya was cordial, but then he said, "Personally, I could take her or leave her." He then disparaged Kandi's entire songwriting career by suggesting she was blacklisted in the industry.

"After TLC and Boyz II Men and a couple of other people -- she hasn't worked since, right? Music wise?"

Watch ATLien's video with all the juicy details below.

Peter Thomas was in Atlanta during Cynthia Bailey's star-studded wedding weekend, according to celebrity blogger ATLien.

The former Real Housewives of Atlanta cast member ran into old friend Todd Tucker, and the two men had to be separated by club security.

Kandi Burruss' husband was once a close friend of Peter's but apparently they fell out when Phaedra Parks's ex, Apollo Nida got out of jail and resumed his friendship with Peter, 60. 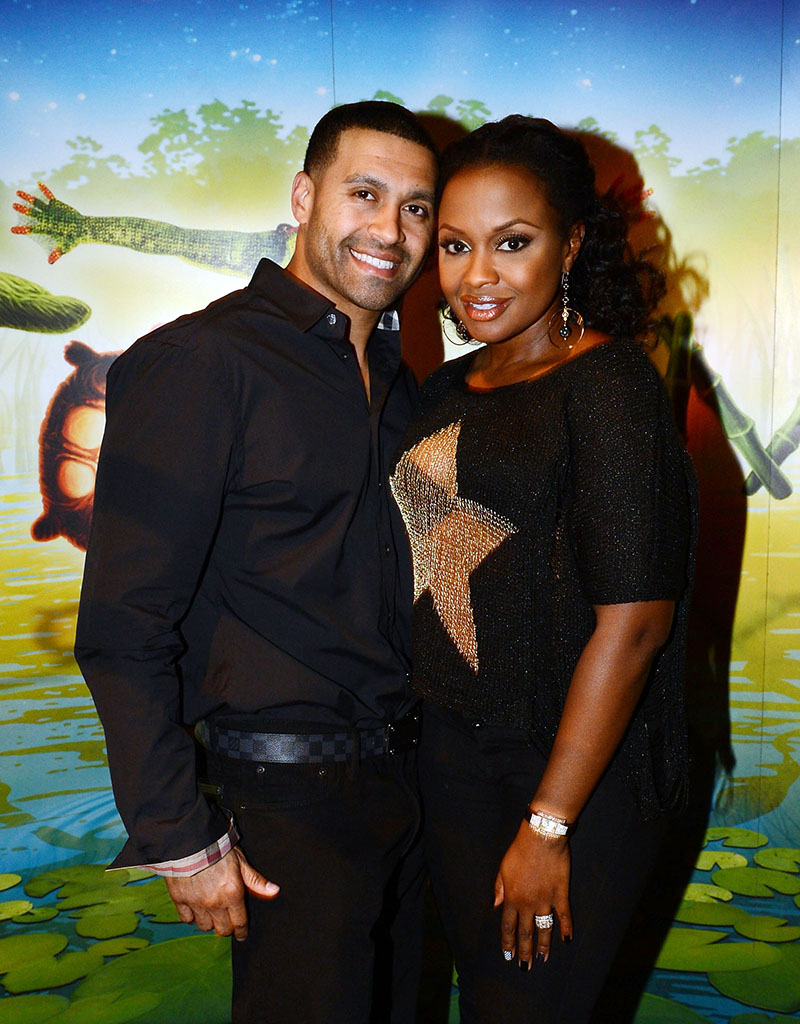 Peter and Apollo, 41, appeared on ATLien's show a few months back and Apollo shared how he felt betrayed by his former friend, Peter, who revealed that Apollo used Kandi and Todd's garage to store his things during his bitter divorce from Phaedra, 46 (pictured with Apollo during happier times).

Todd and Kandi fell out with Peter for gossiping.

Recently, Peter bumped into his former friend, Todd, at an Atlanta area nightclub and the two men almost came to blows! ATLien spills the tea below.

Michelle, ATLIEN of StraightfromtheA.com, took to Youtube on Wednesday to educate her followers about professional blogging, after struggle blogger Funky Dineva declared blogging is dead.

END_OF_DOCUMENT_TOKEN_TO_BE_REPLACED

Queen Khia went all the way IN on troubled blogger Funky Dineva during a no-holds barred radio interview in Atlanta on Tuesday.

Khia, who is best known for her rap song "My Neck, My Back", dragged Dineva unmercifully in a profanity-laced read on ARS Atlanta radio.

END_OF_DOCUMENT_TOKEN_TO_BE_REPLACED

Blogger ATLien was reduced to tears on Monday when she toured her midtown Atlanta rental property after evicting troubled blogger Funky Dineva.

ATLien, whose real name is Michelle Brown, says she allowed Dineva to move into her rental property without a security deposit when he was down on his luck and his blog revenue wasn't as profitable.