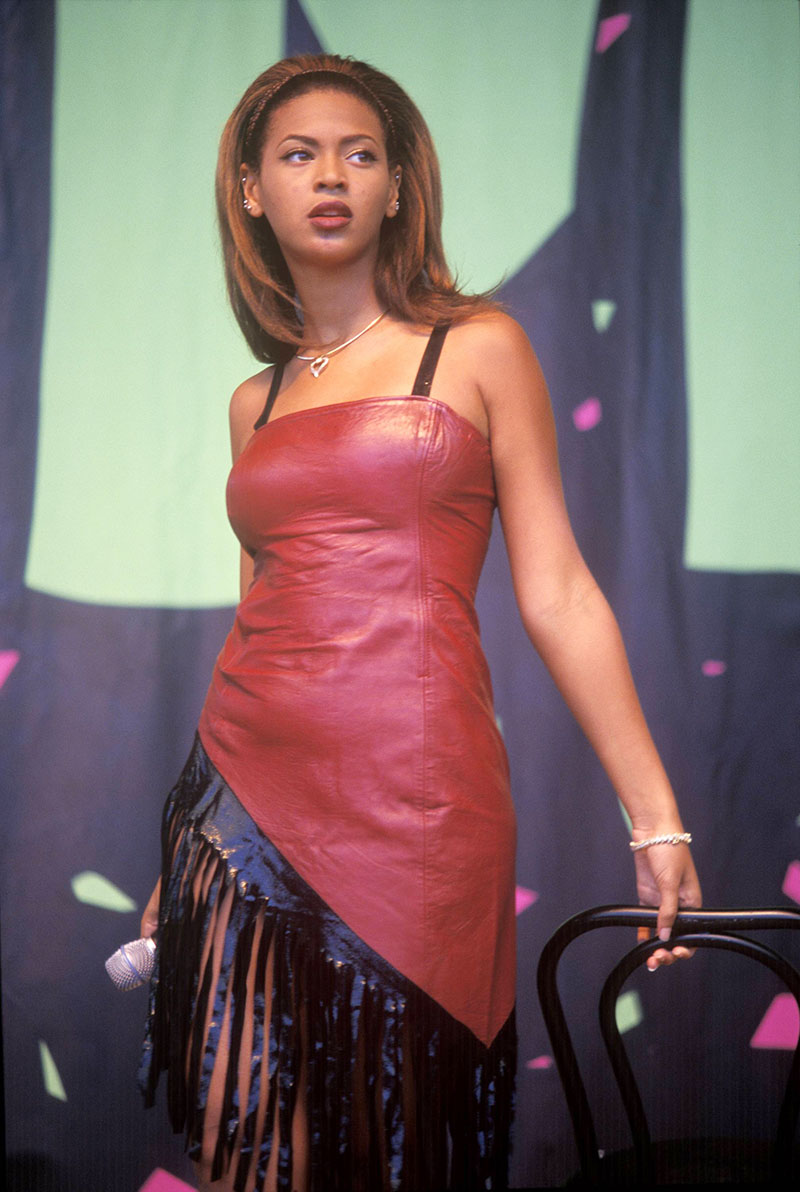 Beyonce says she was slow to speak and lived a life of silence and solitude as a "shy" child.

The studio singer made the revelation in a new Harper's Bazaar cover interview to coincide with her 40th birthday next month.

Beyonce confided that the first decade of her life was "dedicated to dreaming", because she was an introverted child who was slow to speak.

"I didn't speak very much as a child," the "Halo" singer tells Harper's Bazaar.

"I spent a lot of time in my head building my imagination. I am now grateful for those shy years of silence. Being shy taught me empathy and gave me the ability to connect and relate to people."

Children on the autism spectrum usually begin speaking at an older age than their peers.

High-functioning people with autism spectrum disorder may seem awkward or standoffish. They have difficulty holding a conversation or understanding body language and facial expressions when talking with others.

Beyonce says she is no longer shy, but she had to learn to overcome her unfriendly demeanor if she wanted to win competitions as a child.

"I was competing in dance and singing competitions at age seven. When I was on the stage, I felt safe. I was often the only black girl, and it was then that I started to realize I had to dance and sing twice as hard. I had to have stage presence, wit, and charm if I wanted to win."

People with high-functioning autism are typically diagnosed as adults. Famous people who are on the spectrum include Elon Musk, and actors Wentworth Miller and Dan Aykroyd. Read more about autism spectrum disorder here.

In 2007, the American Academy of Pediatrics recommended that doctors begin screening babies for autism as early as 18 months. But doctors agree that there are very few behaviors or telltale autistic or Asperger's signs that babies exhibit at 18 months.

END_OF_DOCUMENT_TOKEN_TO_BE_REPLACED

An autistic man worked for a Middletown, RI Applebee's restaurant for an entire year without receiving a paycheck.

Caleb Dyl, 21, was scheduled to begin receiving wages in August 2014 after he was placed at the restaurant by a state-funded agency.

END_OF_DOCUMENT_TOKEN_TO_BE_REPLACED

A 14-year-old Autistic boy who went missing from his Queens, NY school may have drowned after running from a dog, the NY Post reports. Avonte Oquendo disappeared on Oct. 4 after walking away from the Riverview School in Long Island City. He was seen running from a dog in Hunter’s Point South Park, a short distance from his school. Police believe Avonte may have fallen into the East River after running from a dog. Avonte's family said the mute boy was petrified of dogs and water.

END_OF_DOCUMENT_TOKEN_TO_BE_REPLACED

Skeletal remains found in Queens, NY, might belong to Avonte Oquendo, a 14-year-old Autistic boy who went missing from his school in September.

END_OF_DOCUMENT_TOKEN_TO_BE_REPLACED

A photo of a boy riding a NY subway train who was thought to be missing 14-year-old Avonte Oquendo has been identified. NYPD officers located the boy in the photo and determined he was not the missing autistic child who vanished after he walked out of his Queens, NY high school on Oct. 4.

“It was not Avonte. This person whose photo it was was in the precinct with his parents," a police spokeswoman told the Daily News.

The photo, taken by an unidentified teenager on Tuesday, lifted hopes that Avonte was alive, but Police Commissioner Raymond Kelly said he was "not hopeful" Avonte was still alive. Kelly later apologized to Avonte's enraged family.

END_OF_DOCUMENT_TOKEN_TO_BE_REPLACED

New York City police are investigating whether a sighting of a young boy riding a NY subway train is a missing autistic teen.

A teenager riding an E or F train on Tuesday told police he believed he saw 14-year-old Avonte Oquendo, who went missing one month ago from his school in Queens, NY.

The teen said he approached the boy and asked him, “Hey, are you Avonte?” But the boy did not respond. The unidentified teen had the presence of mind to snap a photo of the boy before he got off the train.

When shown the photo of the boy on the train, Avonte's father said he wasn't sure if the boy was Avonte, who is unable to speak.

END_OF_DOCUMENT_TOKEN_TO_BE_REPLACED

Early diagnosis is essential for children with autism, but minority children tend to be diagnosed later than white children, according to an article on Huffingtonpost.com.

HuffPo quotes an expert on autism who says cultural differences can lead to delayed diagnosis of autism in black children.

"The biggest thing I want parents to know is we can do something about it to help your child," says Dr. Rebecca Landa, autism director at Baltimore's Kennedy Krieger Institute.

She gives examples of cultural differences, for instance, toddlers pointing before they talk is a key early sign of normal development. But pointing is considered rude in some cultures, and some black parents might miss that important sign due to cultural beliefs and superstitions.

And some new parents don't worry if their child is slow to start talking because other members of their family were slow to talk.

“I’m lucky,” said Braxton in an interview with OK magazine. “I try to tell most parents ‘don’t dismiss the signs.’ It’s OK. When you find out early, you can get them all the help they need."

END_OF_DOCUMENT_TOKEN_TO_BE_REPLACED

We've all seen the touching photos of Halle Berry's 3-year-old daughter Nahla caressing Halle's face or exploring the handsome features of her father, Gabe Aubry. We all assumed that Nahla was just a very affectionate little girl.

But as a loyal reader pointed out in an email to Sandrarose.com earlier this week, Nahla might be an autistic or special needs child who communicates nonverbally with her hands.

Signs of autism begin in babies before they are 12 months old. Most children are diagnosed with autism by age 2 or 3. That's the age when parents become aware that their toddlers' communications skills aren't keeping pace with other toddlers their age.

Autism is a disorder of the nerves in the brain that interferes with the signals sent from the brain to other parts of the body. The disorder is marked by poor communication skills and lack of social interaction. Doctors aren't sure what causes autism.