In 2007, the American Academy of Pediatrics recommended that doctors begin screening babies for autism as early as 18 months. But doctors agree that there are very few behaviors or telltale autistic or Asperger's signs that babies exhibit at 18 months. 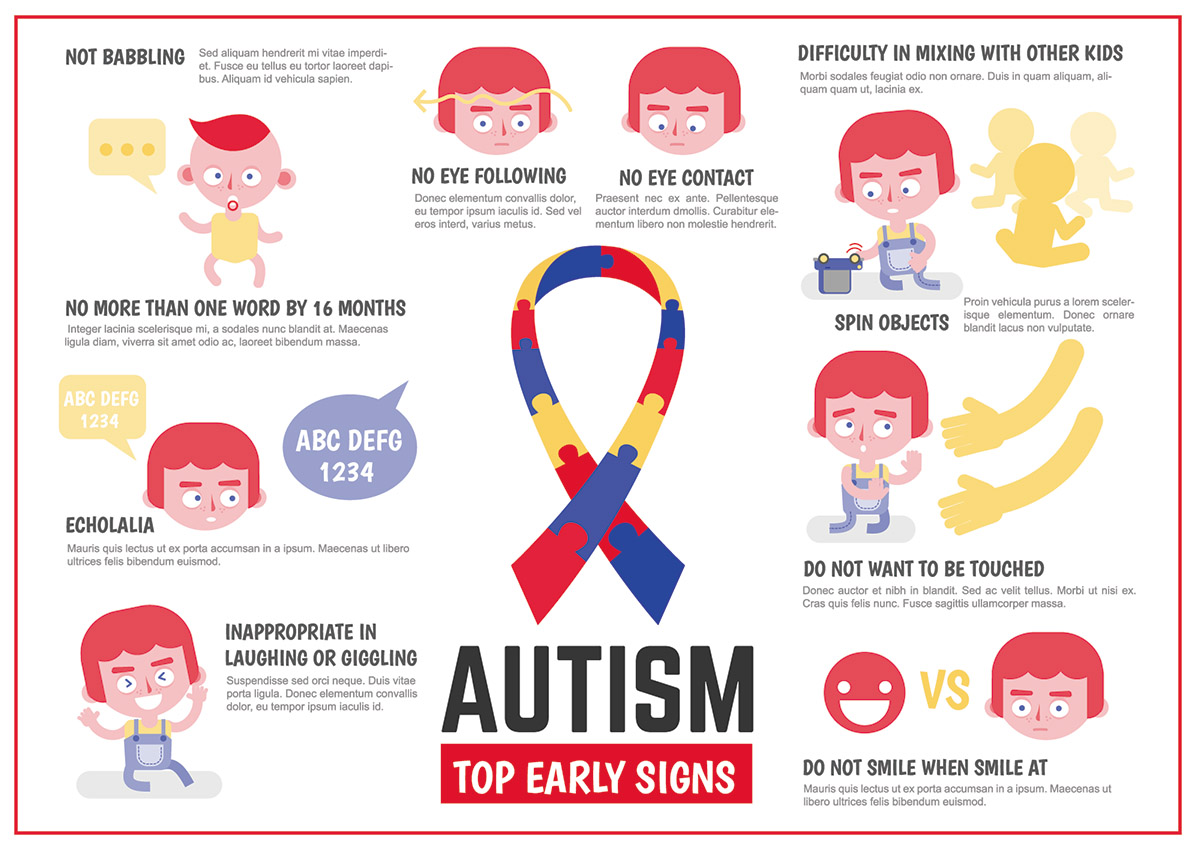 Children are typically diagnosed with autism by age 4, as they begin to gain or lose their social skills. Doctors are diagnosing autistic children earlier now than they did in the past.

That is because more parents are aware of the early signs of autism and they are getting their babies screened earlier.

Doctors believe babies who are diagnosed with autism and treated before 18 months don't go on to develop full autism later on.

Be mindful that autism manifests differently in different children. Not every child will exhibit the same autistic traits.

The following signs will usually be present in children age 18 months or older. The typical signs of autism include flapping their hands, jumping and rocking back and forth, vocal sounds, odd blinking, inappropriate laughing or giggling, late bloomers (i.e. delay in rolling over, crawling, walking, talking) etc.

Below are early signs and symptoms of autism.

1. He Doesn't Respond to His Name Being Called

The typical child will respond to his name being called by age 6 months old. Autistic children don't respond to their own name and they don't turn around to see where the sound is coming from. Your child may not be stubborn or intentionally ignoring you. Most autistic children are diagnosed by a speech or hearing therapist.

Sometimes your baby will sit and stare randomly into space for a few seconds to a few minutes. The blank stare is sometimes accompanied by "silent seizures" where the child's body goes stiff for a few seconds. They usually are not aware of the brief passage of time. Silent seizures won't damage your child's brain but he should be screened for autism or Asperger's syndrome. Children who are never diagnosed with Asperger's may grow up to stare inappropriately at people. This behavior is sometimes misdiagnosed as OCD Staring.

3. They Don't Point at objects or people

The absence of gestures such as pointing is among the earliest signs of autism that parents often miss. The typical 12 month old baby will point at objects or people and they will gaze into your eyes to make sure you see what interests them. Autistic babies don't point or gaze into your eyes. Autistic children miss out on learning complex social behaviors such as looking at the eye region when conversing or developing an innate empathy for others.

One of the first things a newborn baby does after they emerge from the womb is make eye contact with you. Autistic babies usually avoid eye contact and they tend to stare at your mouth when you speak. That's because they have a need to sync the sound of your voice with the movement of your lips. They don't look at your eyes when you speak because that's not where the sound is coming from. Forcing autistic children to look at you when you speak causes more harm than good.

5. Your Child is Too Perfect

Some parents miss the early signs of autism if their children are too perfect, meaning they are too quiet or seemingly well-mannered or well-behaved. But child experts say babies who are too quiet, keep to themselves, don't cry, show no facial expressions and don't babble or coo are exhibiting signs of autism.

6. They Don't Yawn When You Yawn

Pay attention to the types of toys your child seems fixated on. Autistic children tend to fixate on spinning toys such as Fidget Spinners or they will turn toy cars over and spin the wheels. They also prefer battery-operated toys with bright lights and sounds. They will not play with "typical" toys such as stuffed animals.

8. They Line Toys Up in a Specific Order

Autistic children require order and repetition in their lives. They get frustrated when things don't line up in a specific order. They prefer repetition like repeating patterns such as lining up their toy cars. They will often ask you to play the same video or the same song over and over again.

9. Isolate Themselves and Don't Play Well with Others

Parents of autistic children say they noticed a problem when their babies ignored other children or toys and preferred playing alone or with "non-toy" items such as repeatedly tugging on curtains or straightening the frills on a throw rug.

10. Repeats Every Line In Their Favorite Movies Or Songs

Autistic children may not be great conversationalists, but some of them can memorize and repeat every line in a movie, book or song. When a child repeats the same words or movie quote over and over, this is called Echolalia. Some parents report that their child's first words were the lines to a favorite cartoon or movie -- which they repeated over and over again.

These are just some of the early signs that indicate your child might be autistic. If your child exhibits any of these signs, he or she should be screened by a board certified pediatric psychologist or therapist who specializes in autism or Asperger's syndrome.

Autism or Asperger's syndrome are treatable if diagnosed early (by age 18-24 months).