The photo shows Meech, center, wearing a tank top and shorts while surrounded by hard legs on the prison courtyard

Although he looks buff and healthy in the photo, the Detroit News reported that Big Meech, 52, suffers from various ailments including hypertension and cardiac problems.

A two-year federal investigation began after Meech and Terry began to feud over Meech's flashy lifestyle. Terry moved to California and establishing his own drug organization.

In November 2007, the brothers pleaded guilty to running a continuing criminal enterprise. They were sentenced to 30 years in prison each.

Terry was granted an early release in 2020 due to the Covid-19 outbreak. Meech was denied early release and is serving out his sentence at the Federal Correctional Institution in Sheridan, Oregon. 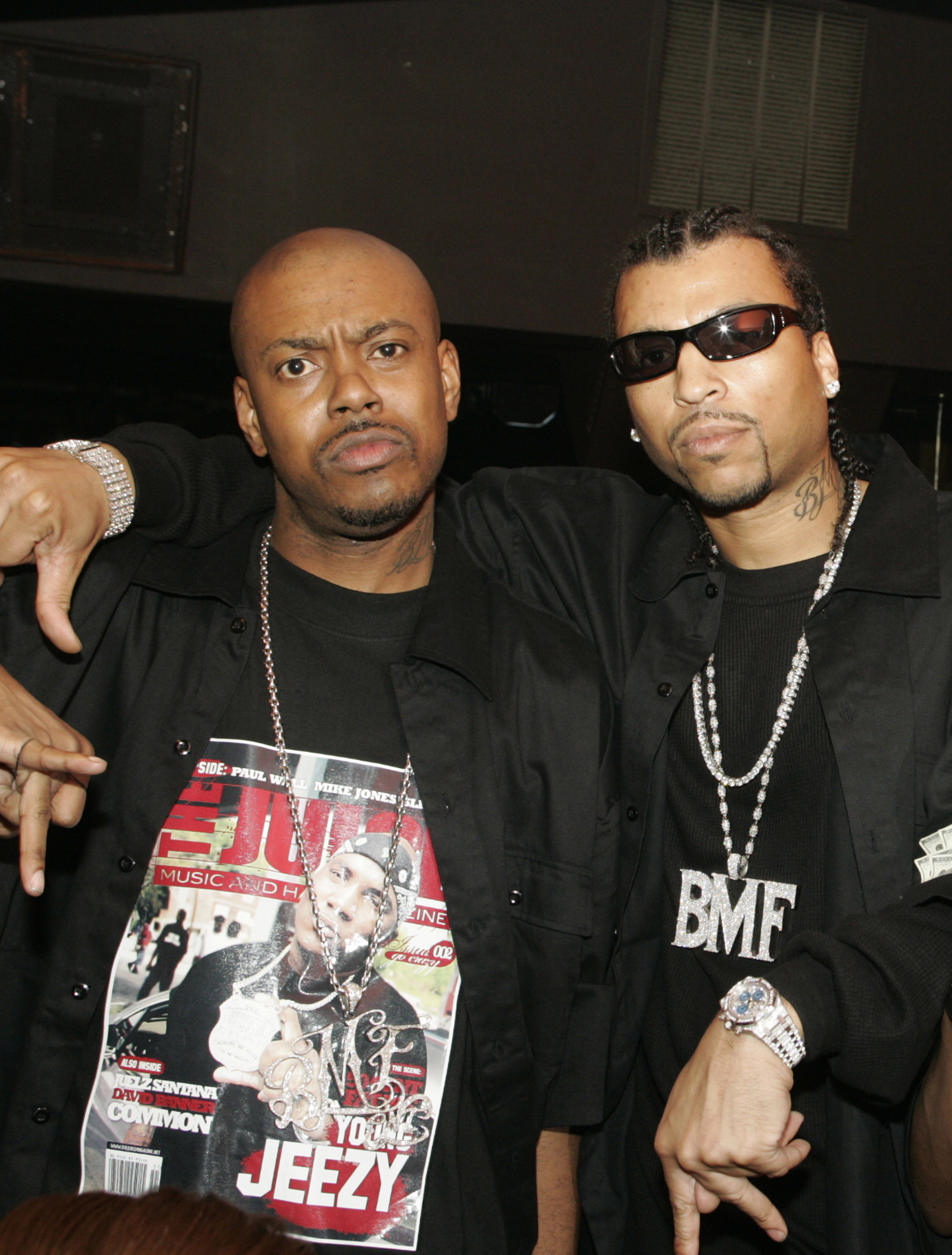 Demetrius "Big Meech" Flenory (right), one of the co-founders of the notorious cocaine drug ring Black Mafia Family (BMF), is hoping to leave a federal prison, citing Covid-19 concerns after thousands of inmates fell ill or tested positive for the virus.

Meech's brother Terry Flenory is being released from a federal prison on Tuesday amid the coronavirus outbreak in the U.S.

According to the Detroit News, Big Meech also requested a release after 40 federal inmates died of Covid-19 and more than 2,300 prisoners were infected.

Terry Flenory was the brains behind the Black Mafia Family. His brother, Meech, provided the muscle and oversaw distribution along the East coast.

Terry, 50, and Meech, 51, were both sentenced to serve 30 years in federal prison in 2008 for heading a criminal cocaine syndicate with ties to the Mexican cartels during a 15-year crime spree based in Atlanta and California.

The investigation into the brothers and their crime family was launched after bodies began dropping in the streets of Atlanta, including Sean "Puffy" Combs's bodyguard Anthony "Wolf" Jones.

Jones, 36, died in a hail of bullets outside a Buckhead nightclub following an argument with Meech over a woman in 2003.

Meech was arrested hours later when he sought treatment for a gunshot wound at a north Atlanta hospital after the shootout.

The shootout prompted the Buckhead Coalition to close all nightclubs and bars at 2 a.m.

Once the ordinance went into effect, many Buckhead nightclubs and bars that catered to Black patrons closed their doors permanently.

First Lady of BMF, Mama Juice, aka Mrs. Omertá CosaNostrá, passed away after suffering a seizure on Wednesday, Sept. 14. She was 39.