Kevin Hart is hospitalized in Los Angeles after suffering a "major" back injury when a car he was riding in lost control and crashed in a ravine on Mulholland Drive near his home in Calabasas, Calif.

The accident happened around 1 a.m. Sunday morning. Hart, 40, was riding in his vintage blue 1970 Plymouth Baraccuda with his wife's personal trainer, Rebecca Broxterman, 31, and a driver when the horrific car crash occurred.

Witnesses say Hart was the first one to climb out of the mangled vehicle, which landed upside down in a ditch. Hart called his security team who arrived in a SUV to pick him up. He was taken home then transported to a hospital.

Paparazzi photos show the muscle car's roof was crushed in the rollover crash. The driver was trapped in the car. He was transported to a hospital with back injuries. Broxterman (pictured below) was uninjured. Broxterman is a popular Instagram trainer who is credited with getting the Harts into shape.

Friends tell The Blast the actor and comedian suffered a major back injury and doctors are trying to determine whether he will need surgery. The injury does not involve his spinal cord, according to The Blast. Hart was able to walk and move his limbs.

Doctors say the comedian is expected to make a full recovery. 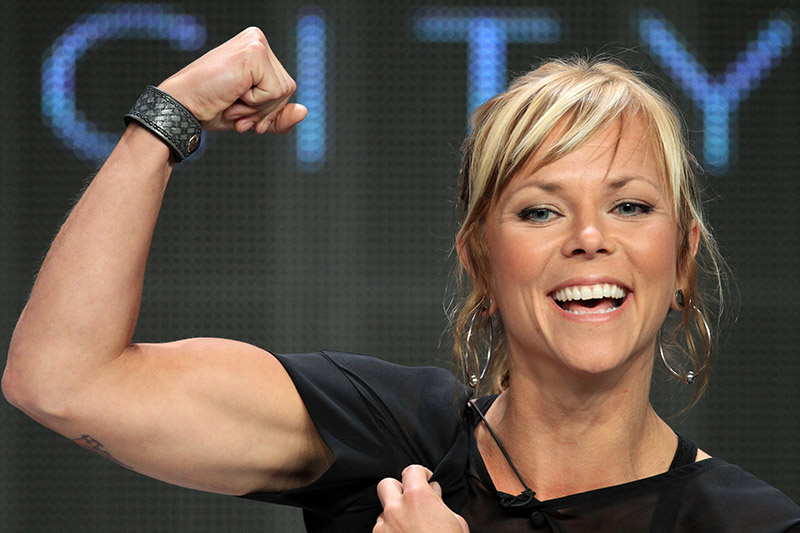 Jessi Combs, the world's fastest woman on 4 wheels, has died while trying to break her own land speed record. Combs, 36, was already the world record holder at 398 mph. She was attempting to break the Women's Land Speed Record of 512 mph set by Kitty O'Neil in 1976 when she died.

END_OF_DOCUMENT_TOKEN_TO_BE_REPLACED

Jasmine Sanders, right, was spotted attending a True Religion party at Poppy nightclub on Thursday night. She was accompanied by a friend who kept a tight grip on her hand.

END_OF_DOCUMENT_TOKEN_TO_BE_REPLACED

A 3-year-old Arkansas boy survived 2 days with his infant brother after their mother died in a car accident Monday morning. The children's mother, Lisa Holliman, died after she lost control of her car and it crashed into a ravine.