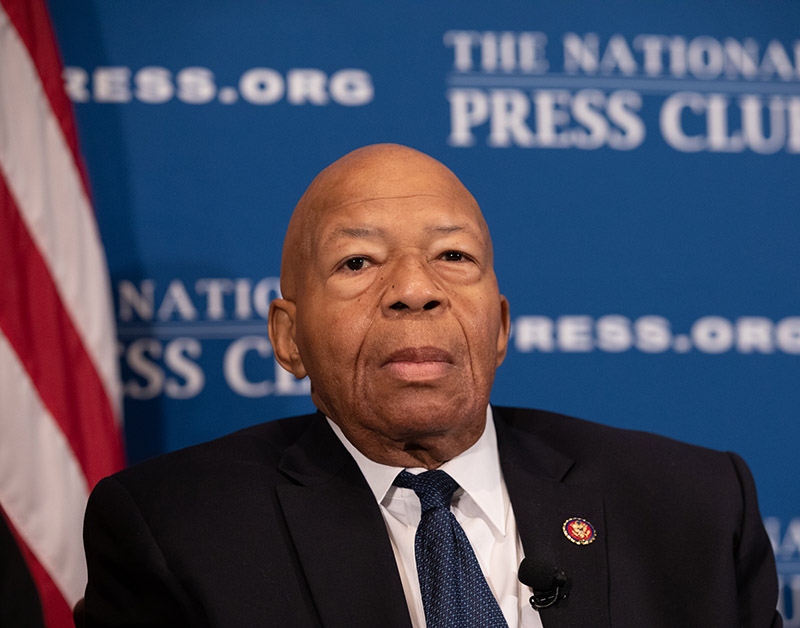 Rep. Elijah Cummings, who was a frequent target of President Trump, has died at age 68. The Democratic leader died early Thursday at a hospice facility in his hometown of Baltimore, Maryland.

Cummings' staff said he battled "longstanding health issues" and he was taken to a hospice facility for "treatment". Hospice is for terminally ill patients who are nearing the end of life.

Cummings' health problems were not disclosed, but he was recently seen in a wheelchair in the halls of Congress.

Colleagues paid tribute to their fallen leader on Thursday.

"The news that our friend and colleague Elijah Cummings has passed away marks a sad day for the members of the United States Congress, the people of Baltimore, and the entire nation," said Rep. Liz Cheney (R-WY).

"His loss will be felt across our country," said Rep. Chrissy Houlihan (D-PA).

Cummings was first elected to Congress in 1996. He rose to become the top Democrat on the House Oversight Committee. He made headlines earlier this year when he objected to Trump referring to Baltimore as "rat- and rodent-infested.

Cummings was part of the House Democrats push to impeach Trump.

"We are going to uphold the rule of law," Cummings said in May after the White House attempted to stonewall the Mueller Russian collusion investigation.

"I'm begging the American people to pay attention to what is going on," Cummings said in a statement earlier this year. "Because if you want to have a democracy intact for your children, and your children's children, and generations yet unborn we've got to guard this moment. This is our watch."