Nivea B. Hamilton pulled receipts after her alleged lover broke her heart and denied a love affair with the singer.

Nivea, 39, put fitness trainer Darrell Patterson on blast for lying about his relationship status after she vowed to expose him for pimping her out.

Nivea had no shame admitting she tried to break up a man's happy home. Then she exposed him on social media after he refused to leave his woman for her.

"Yep I messed someone else's so called "man" and he pimped thee SH*T outta me! Time to be exposed @iamtherealdp & @thesocialmsifit leeesss GOOOOOO BITCHES! [sic]"

Patterson clapped back, telling the mom-of-four to leave him and his family alone.

Nivea met Patterson at the gym where they work out. Soon, he signed on to be her personal trainer and sparks flew. Unfortunately, Patterson had a live-in girlfriend. 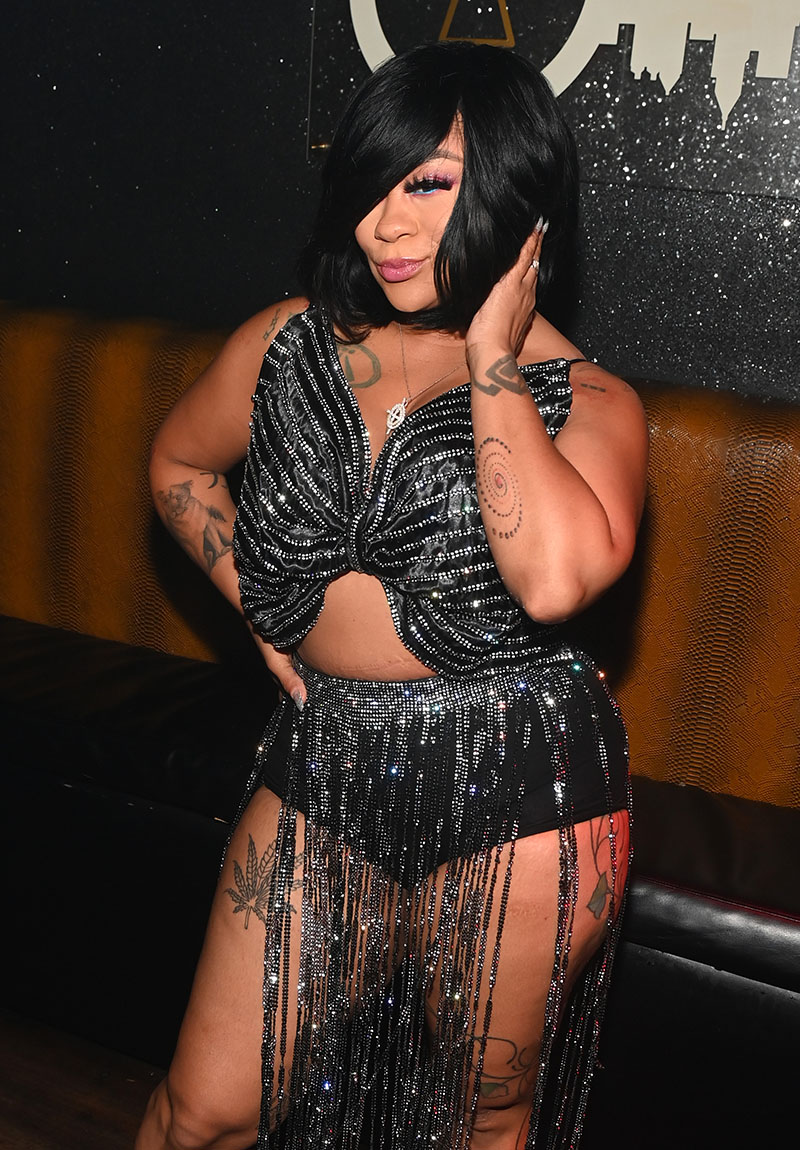 She shared text messages allegedly sent by Patterson during their illicit affair.

In this text message, Nivea admits she threatened him when he declined to take their relationship further by leaving his girlfriend.

Patterson told her the feelings were mutual but he never meant to hurt her.

Nivea is best known for her 2002 Grammy-nominated hit "Don't Mess with My Man" featuring twins Brian and Brandon Casey from the R&B group Jagged Edge.

She as four children, including a son with rapper Lil Wayne and a daughter by music producer The-Dream.

Nivea said Lil Wayne was her first true Love. She recalled the day he got down on one knee and proposed to her.

"He was like, 'I know I'm young, but I've been through enough relationships to know and understand the meaning of what love is.' He was just perfect. He told me that he wanted to spend the rest of his life with me and he loved me. It was snot and tears at the same time."

Today's Hot or Not hunk is fitness coach and lifestyle motivator Jim Seuh. This gorgeous chocolate bar is CEO of Callus Coaching in France. Book your trip to Paris now ladies!

At 6-foot-7 inches, Jim, real name Djibrii Richard, is the tallest of the handsome Kupe Boys.

He went viral in 2018 after posting a video of him and his three friends doing the "Kupe" dance challenge on social media.

Jim, 29, had a girlfriend in 2018, 35-year-old Ghanian actress Juliet Ibrahim. It isn't clear if they're still dating.

Jim's Instagram page is chocked full of photos of his hairless chest and sinewy muscles.

Ladies, is he Hot or Not?

Twitter dragged the celebrity fitness trainer after she asked: "Why are we celebrating [Lizzo's] body?" 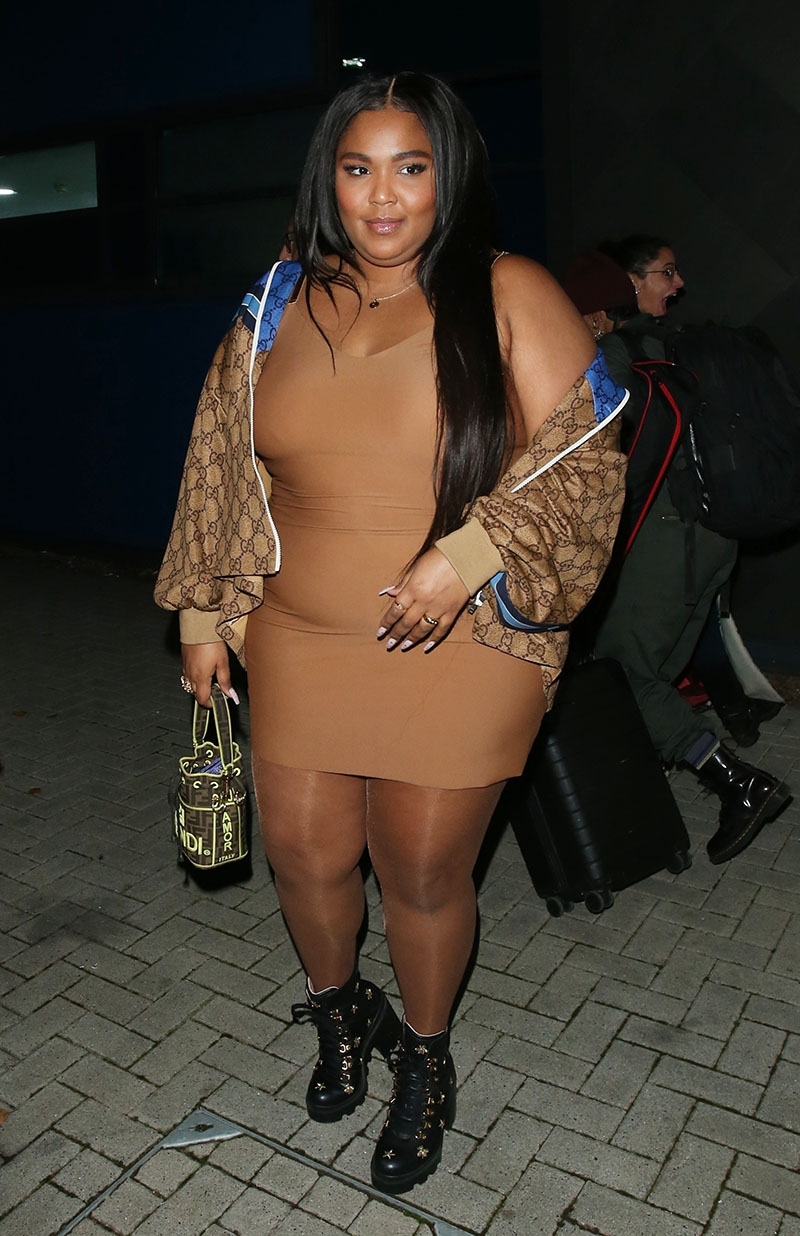 "Why does it matter That's what I'm saying. Like why aren't we celebrating her music? 'Cause it isn't gonna be awesome if she gets diabetes," she said during an appearance on BuzzFeed's AM to DM series last week.

She continued: "I'm just being honest. I love her music, my kid loves her music, but there's never a moment when I'm like, 'I'm so glad she's overweight.' Why do I even care? Why is it my job to care about her weight?"

On Wednesday, the celebrity fitness guru clarified her comments to Daily Pop, saying there are "two separate narratives" happening.

"One, love yourself no matter what 100 percent, always advocated that," she said. "...everybody should be included, valued, they're worthy, they're beautiful. And, only from this place, can you be healthier, physically, emotionally in your relationships, with your work."

She added: "We cannot deny the inevitable fact that being overweight leads to heart disease, cancer, diabetes, and these things kill people."

Michaels said she understood the matter from both sides because she was once an overweight teenager.

She posted an Instagram photo of her younger self, captioning the image: "Here's me at 5'0 tall and 175 lbs. If I can do it - anyone can. Share your story..."

END_OF_DOCUMENT_TOKEN_TO_BE_REPLACED

If you like your men with rock hard abs, sinewy biceps and buns of steel, meet DJ Khaos. A loyal reader submitted DJ Khaos for Morning Wood consideration.

END_OF_DOCUMENT_TOKEN_TO_BE_REPLACED

Police in a small Texas town are combing fitness instructor Terri "Missy" Bevers's social media accounts for clues into who killed her inside a church.

The 45-year-old mother-of-three was murdered early Monday morning inside the Creekside Church of Christ in Midlothian, near Dallas, where she was scheduled to teach a fitness class.

Bevers died of blunt force trauma to the head.

END_OF_DOCUMENT_TOKEN_TO_BE_REPLACED

Music producer Swizz Beatz, who is married to singer Alicia Keys, is no stranger to cheating rumors. The gangly 35-year-old philanderer is the father of four children by as many women.

At least three of his children were sired while he was involved with other women. So the new revelations that Mr. Swizz was caught red handed with a fitness trainer does not come as a surprise.