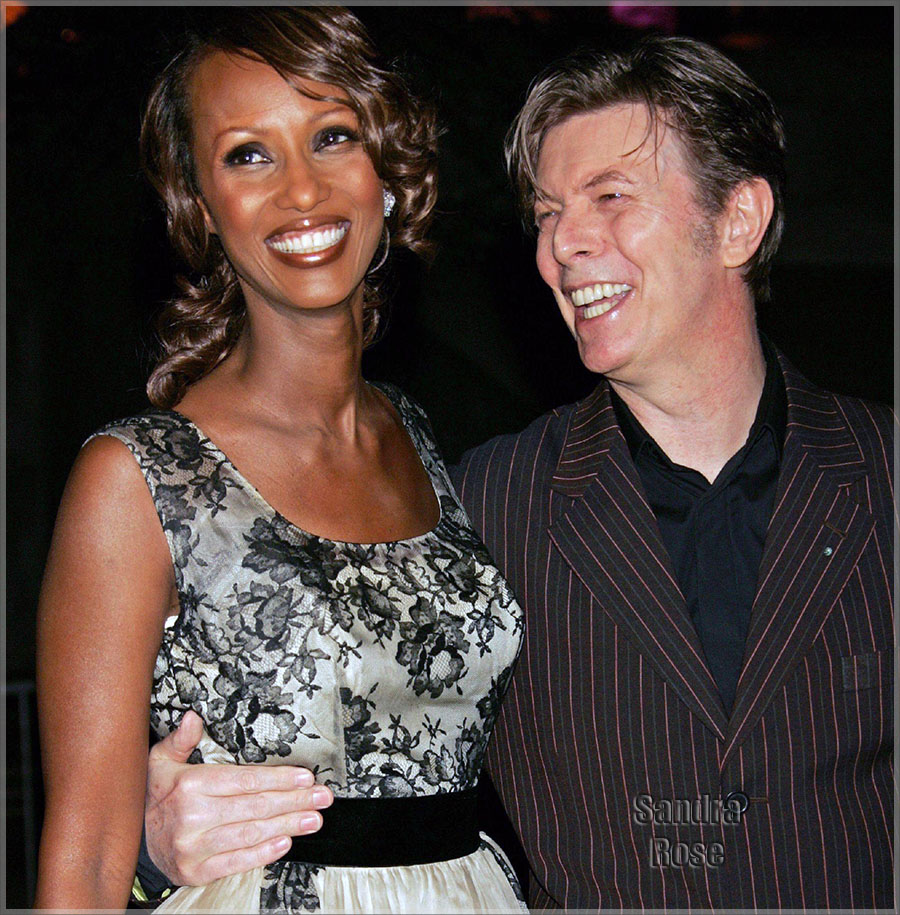 Gender bending rock/pop legend David Bowie died on Sunday after a long battle with cancer. He was 69.

Bowie was best known for his #1 hits "Let's Dance" and "Fame". He released his last studio album, Blackstar, on his 69th birthday.

Bowie was born David Jones in London, England on Jan. 8, 1947. He is survived by his wife of 24 years, former supermodel Iman, and their daughter Alexandria Zahra Jones, 15. Bowie also has a son, Duncan Jones, 44, from a previous relationship.

END_OF_DOCUMENT_TOKEN_TO_BE_REPLACED

Legendary supermodel Iman called in favors and pulled rank to get "dance music performer" Kelly Rowland kicked off of Bravo's The Fashion Show.

Alessandra Ambrosio was rumored to take Kelly Rowland's spot on Bravo's The Fashion Show, hosting alongside Isaac Mizrahi, but Iman got the job. We don't feel bad for Alessandra, who has plenty of other work, but what about Kelly? How will she get attention now? Hopefully Miss Universe is hiring dance-music performers again.