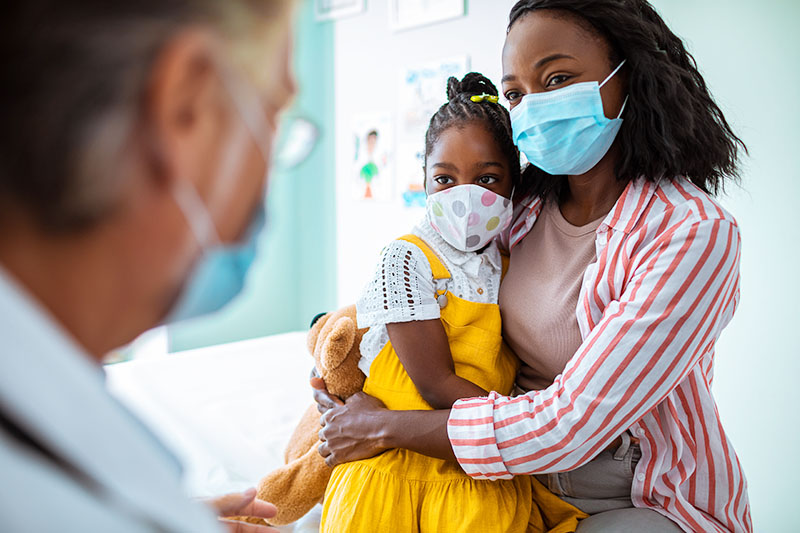 UnitedHealth Group, the nation's largest health insurance company, will begin matching patients with doctors based on their race.

According to UHC, matching patients with doctors of the same race will result in improved clinical outcomes, since same race physicians "often possess deeper knowledge of social determinants affecting their patients."

It isn't clear who biracial and mixed-race people will be matched with.

The insurance company said matching patients with doctors of the same race will bring down insurance costs and "lead to increased access to care and preventible health measures."

"Consumers would like to establish relationships with physicians who they are comfortable with -physicians of similar backgrounds, life experience, etc," read one slide in the presentation.

Another slide reads: "Clinical evidence shows that consumers benefit from having physicians of same race for diagnosis and treatment of frequently occurring medical conditions."

UHC will begin encouraging doctors to add racial information to their in-network directory profiles to help potential patients choose them based on skin color.

According to the company website, UHC takes pride in providing a culture of inclusiveness and diversity among its 125,000 clinicians.

While some Black doctors expressed optimism in the new initiative, some white doctors were offended.

"I don't like it because my race has nothing to do with my abilities," wrote one Caucasian doctor in a "2020 UHC Directory Survey" of doctors.

Another wrote: "This is an invasion of privacy and has no place in a professional setting."

And a third white doctor wrote: "I would refuse."

68 percent of doctors surveyed said they were willing to share their race in a physician directory.

An Atlanta woman who sued Usher for allegedly giving her herpes, is now suing insurance companies, claiming they outed her medical records to a blog, according to gossip tabloid TMZ.com.

Singer Laura Michelle Helm, 32, is suing 3 insurance companies, claiming an application she filed for insurance ended up on a blog post which revealed her "private sensitive health information" to a blog.

TMZ did not identify the blog.

END_OF_DOCUMENT_TOKEN_TO_BE_REPLACED

Whitfield can't move her belongings into the 15,000 sq. ft. mansion off Mt. Paran Road in SW Atlanta because of construction delays due to structural problems, a water leak and money issues.

END_OF_DOCUMENT_TOKEN_TO_BE_REPLACED

The story of a 3-year-old dog bite victim getting kicked out of a Jackson, MS KFC was a hoax, according to published reports.

The story went viral on Facebook last week after the girl's aunt wrote a post claiming the child and her grandmother were asked to leave a Kentucky Fried Chicken location because her facial scars scared the customers.

The scam resulted in "the family bilking the public and professionals for more than $135,000 in cash, as well as gifts and free surgeries," writes the Laurel Leader-Call.

END_OF_DOCUMENT_TOKEN_TO_BE_REPLACED

If your health insurance plan was canceled thanks to President Obama's problematic ObamaCare law, you may qualify for a "catastrophic" insurance plan available through the insurance exchanges in your state.

The White House announced the new changes on its blog on Thursday. Some critics called the announcement "legislation by blog."

END_OF_DOCUMENT_TOKEN_TO_BE_REPLACED

Cecil Williams will get to keep his faithful seeing eye dog, Orlando, after public donations poured in to pay for the dog's food and vet bills for the rest of his life.

Williams, 61, was hospitalized after he lost consciousness and fell onto the tracks of an upcoming subway train at the 125th Street station in New York City on Tuesday. Orlando jumped onto the tracks and licked his master's face, according to eye witnesses. The conductor of the oncoming train applied his brakes at the last minute but the train rolled over Williams and his dog.