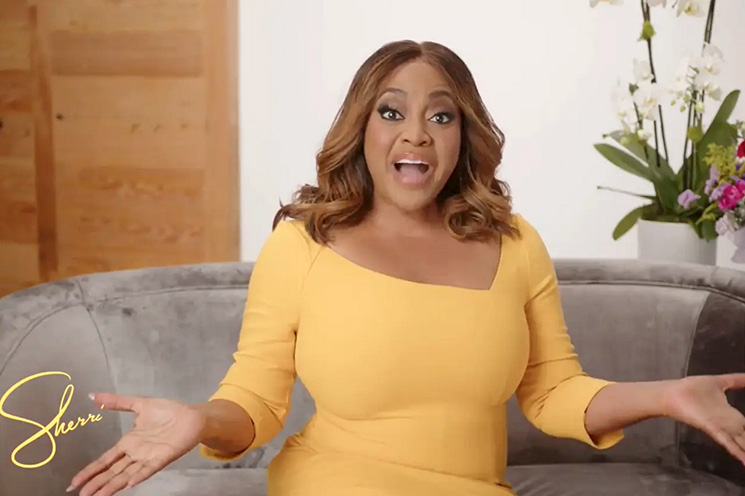 In the trailer, Sherri promises to take viewers "behind the scenes, on the road, in the studio, rehearsals, interviews and so much more."

The former "The View" co-host assured viewers that her show won't be Wendy Williams 2.0.

"This is my time. It is my lifelong dream to have my own show and it is finally happening," she said. 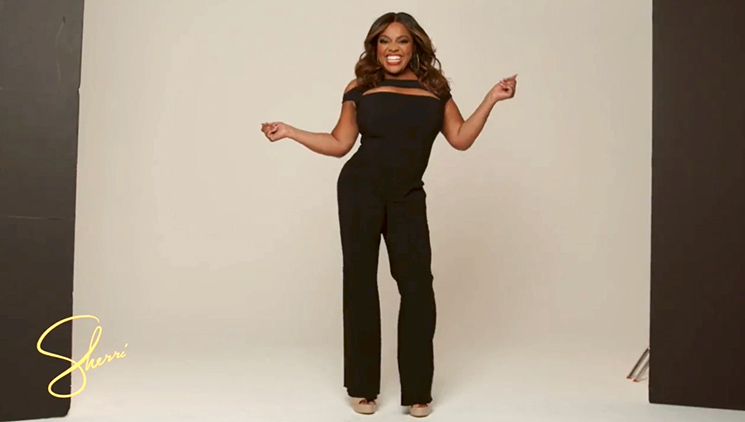 Sherri's show will be a "comedic take on pop culture and entertainment, celebrity interviews and real people," according to an insider.

The show is executive product by Sherri's bestie, Jawn Murray.

"I can't wait until I return to New York to host the show and merge everything I love... pop culture, talk, entertainment and comedy," Sherri said previously. 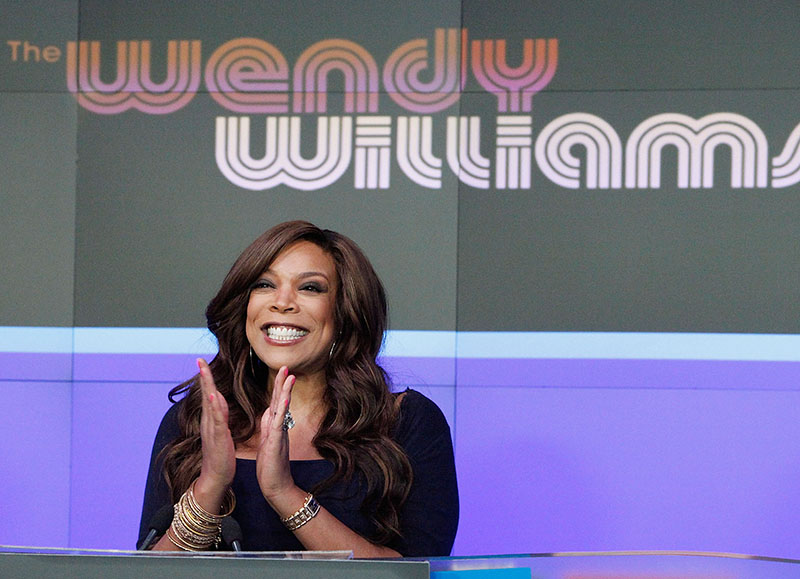 Meanwhile, Wendy has given up hope of ever returning to her purple chair. She is currently shopping a podcast deal for $100 million.

A judge recently handed Wendy a victory in court against Wells Fargo bank. The court is giving Wendy and a court-appointed guardian access to her $3 million in funds.

While Wendy is happy to have access to her funds, she is not happy with any court-appointed guardian other than her son, Kevin Hunter Jr.

"Please be advised that Wendy is not in agreement with the appointment of a financial guardian by the court. Wendy has been very clear that she does not want a financial guardian to tell her what she can and cannot do with her money," her attorney La'Shawn Thomas told Page Six in a statement Friday. 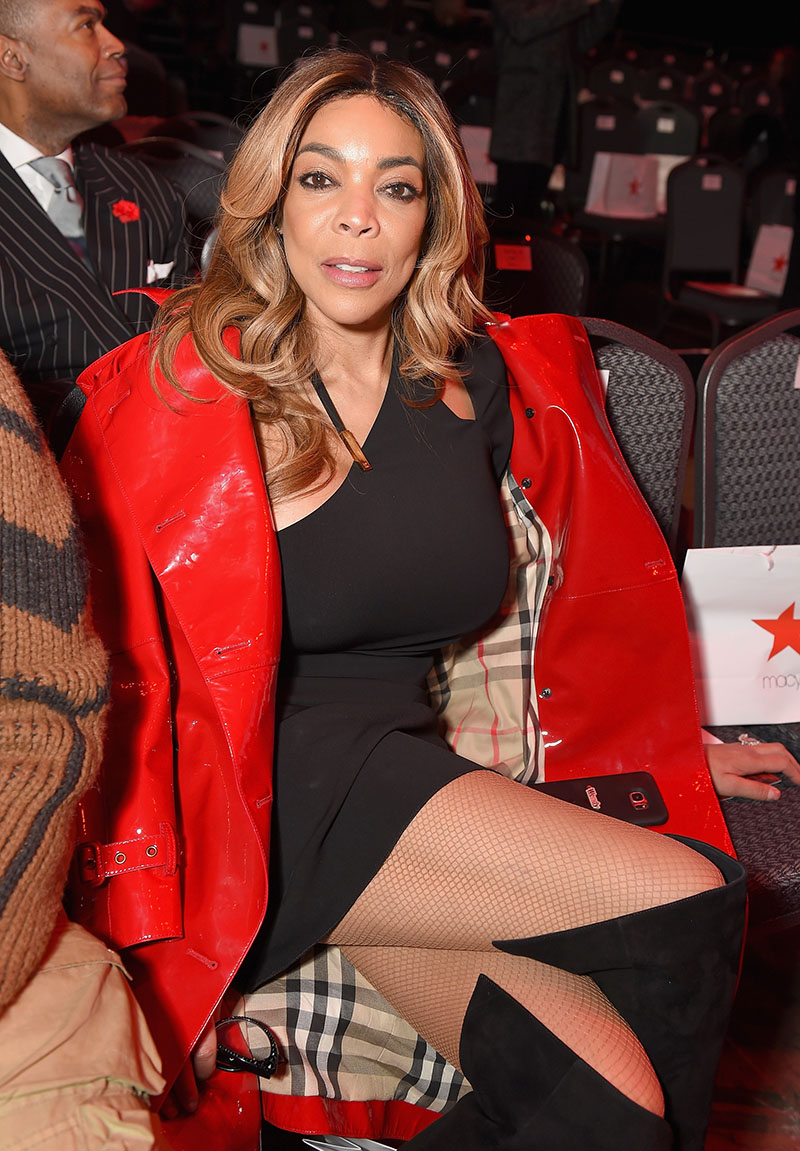 Wendy Williams is considering suing her producers for terminating her while she was on sick leave.

This week Debmar-Mercury confirmed that The Wendy Williams Show will come to an end in June. The show's time slot will be filled by Wendy's former friend, comedienne/actress Sherri Shepherd.

Insiders claim Wendy is considering legal action because she feels betrayed by her producers and Shepherd.

"Wendy is on sick leave and has basically been fired. This isn't right and Wendy isn't going to take this. She is considering legal action again her producers and is also deciding on what to do about Sherri Shepherd. Sherri was supposed to be a friend filling in for Wendy while she was sick, but instead, Sherri stabbed Wendy in the back. If anyone thinks Wendy is going to disappear without a fight they are a fool. You can't just fire someone after a decade because they're sick."

It isn't clear if Wendy is also suing Jawn Murray, since he is one of Sherri's executive producers.

A few months ago, @sherrieshepherd asked me would I take a pivot & go on this talk show journey with her.

Today I can finally tell the world that I will be one of the Executive Producers of the new “SHERRI” show coming in Sept.

Besieged filmmaker Nate Parker will not attend a press conference at the Toronto Film Festival.

Parker, who wrote, directed and produced the slavery movie Birth of a Nation, has come under fire for using a 17-year-old rape case to portray himself as a victim -- a black man accused of rape in America.

END_OF_DOCUMENT_TOKEN_TO_BE_REPLACED

I already knew that professional gold digger Tameka Foster ex-Glover ex-Raymond didn't write that article for Huffington Post. That's why I didn't waste my time posting it. Unlike the gullible public, I knew that Tameka wasn't articulate enough to string together a coherent paragraph unless she copied and pasted it from somewhere -- or someone else helped her write it.

From BV Buzz By Jawn Murray:

When Tameka Foster posted the blog entry "She's Pretty for a Dark-Skinned Girl..." on The Huffington Post, both celebrities and regular women alike celebrated her blog message on Twitter and Facebook.

Unbeknownst to them, while they were saluting Usher Raymond's soon-to-be ex-wife's essay on skin complexion, author Aisha Curry, who wrote the book 'Pretty For a Black Girl' (AuthorHouse/$10.49) read the piece and felt outraged that her tome had been apparently been lifted and used by Foster, who passed the work off as her own.
Read Foster's full essay here.

"My heart sank into my stomach. All the hard work, all the sleepless nights I had endured was playing back in my head as I read this article written by a woman I didn't even know," Curry told BV Buzz. "Why did I feel so connected to this article? Suddenly, it came to me. It was my work! It was my work, my voice, but in her words. I was frozen. Tears began rolling down my face as I read line after line after line. I couldn't believe it. The idea that someone could gain notoriety from an issue that I first brought to the forefront is mindboggling. People were praising her for tackling an issue that had never been exposed. Hello?!? I wrote the book on it and started it years ago. The only difference between her article and my book is she used 'dark-skinned' and I used 'Black.'" READ MORE...