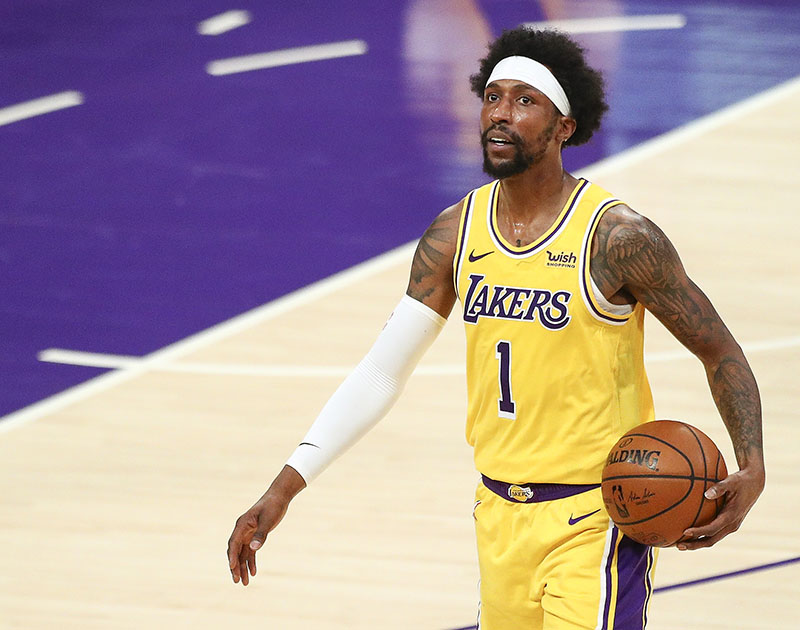 Kentavious Caldwell-Pope was robbed at gunpoint by three men in a terrifying incident in Los Angeles earlier this month, TMZ Sports reports.

The incident took place on June 17, when the 28-year-old Lakers guard was in his driveway at around 4 a.m. talking with friends.

Sources tell TMZ a car pulled up and three men jumped out with guns drawn. The robbers ordered KCP and his friends to hand over their cash and valuables, including a Rolex watch and an iPhone.

The thieves made off with about $150,000 worth of cash and jewelry.

No shots were fired and KCP was not injured in the armed robbery.

The LAPD is currently investigating the early morning robbery.

The Lakers were eliminated in the first round of the NBA playoffs by the Phoenix Suns earlier this month.