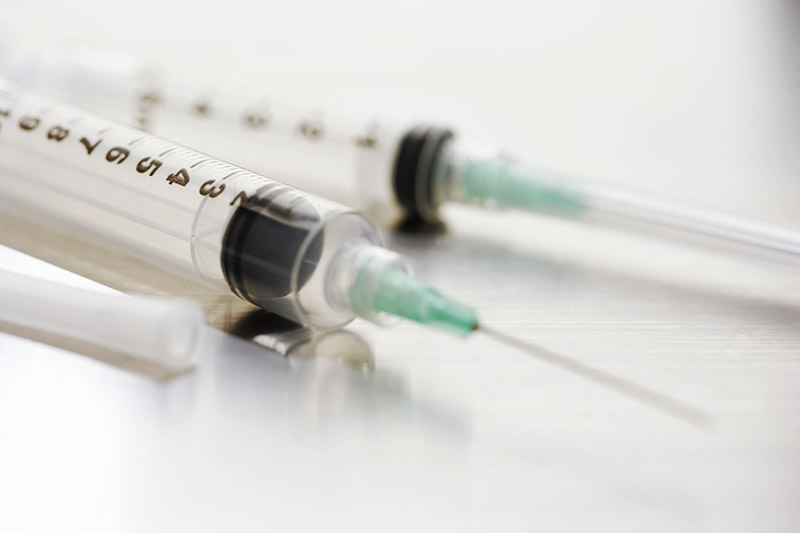 People expecting to receive coronavirus mRNA vaccines at a Virginia Kroger were injected with empty syringes.

The mishap occurred at a Kroger location in Chesterfield County, Fox News reported.

A "healthcare professional" at Kroger assumed another colleague had pre-filled the syringes with mRNA vaccine before people came in for their appointments.

For some reason, the healthcare worker didn't notice the syringes were empty before administering the injections.

WRIC reported that fewer than 10 people were injected with air in an empty syringe.

Healthcare workers are trained to examine syringes to make sure there is no air in the syringe before administering shots.

Injecting people with a bolus of air can be deadly because the air can travel to the heart or lungs and cause a fatal embolism.

According to WRIC, the patients were later contacted to come back for the actual vaccine.

One Atlanta grocery store has come up with a controversial solution for a decades long shoplifting problem: caged grocery store aisles.

Customers who enter the College Park Kroger in South Fulton, southwest of Atlanta, are confronted with a second set of doors and glass facade inside the store.

Customers argue that the glass enclosure is racist and makes them feel like caged animals. They worry that they will be trapped inside the enclosure with the criminals.

"I think it's kind of racist you definitely see that here on Old National," a mother of three told CBS46 News.

"You won't see that in Fayetteville or maybe Cobb County anywhere, doubt it," said the mother.

Others expressed their anger in social media posts featuring photos of the enclosure.

But some Atlantans agreed the security measure is necessary to prevent major grocery store chains from moving their stores out of high crime neighborhoods.

They see the cages as a short-term solution to a long-term problem. South Fulton residents who don't own cars would be forced to take public transportation to other neighborhoods to buy groceries.

The College Park Kroger store is the only one in the area with the controversial security installation.

CBS46 reporter Jamie Kennedy asked customers if they knew that shoplifting and theft were issues at the store. "Yes I have, I have, yeah, quite a bit," said a longtime Kroger shopper.

Other shoppers tell CBS46 that many people take things from shelves and use them in the bathroom without paying.

A South Fulton police officer who moonlights at the store said the College Park Kroger doesn't have more shoplifting incidents than other stores in the area.

In a statement to CBS46, a Kroger spokesperson was unapologetic:

"Thank you for reaching out to us. These changes are being implemented to help improve operational efficiencies, provide better inventory management and increase profitability. We take pride in keeping our shelves fully stocked with the items our customers want and need and we believe these changes, which are part of a pilot project, will help us do so."

A Cincinnati girl and her mother will receive $240,000 from the City and Kroger as compensation after a cop tased the 11-year-old for shoplifting.

END_OF_DOCUMENT_TOKEN_TO_BE_REPLACED

A Cincinnati cop who tased an 11-year-old girl for suspicion of shoplifting at a Kroger supermarket was caught on video telling her “this is why there’s no grocery stores in the black community.”