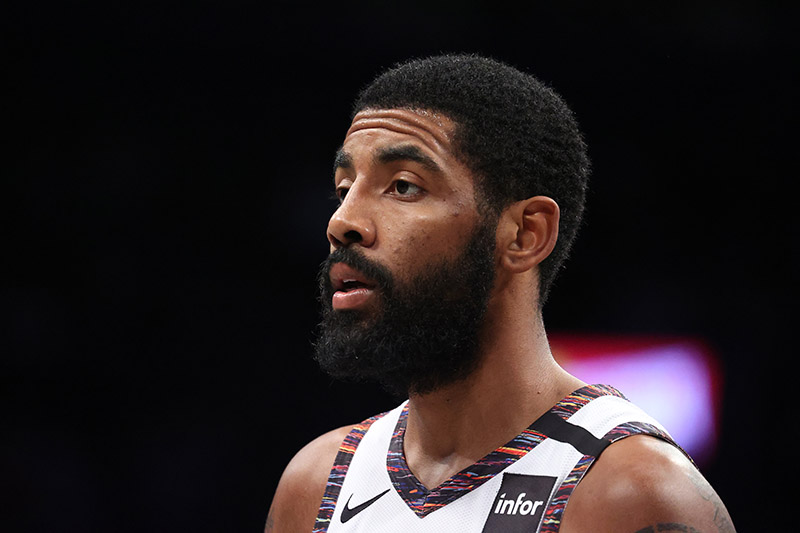 The Brooklyn Nets and the NBA league are investigating a video that shows Kyrie Irving partying maskless at his sister's birthday bash.

General manager Sean Marks says the front office is reviewing video footage that shows Irving at a birthday party after he took a leave of absence from the team.

Irving has not played in the last three games after taking a leave of absence for "personal reasons."

Late Monday night, a video of Irving partying maskless with his sister, Asia, in a packed club began trending on social media.

Typically, young Black adults do not wear face masks while partying in nightclubs, because their Covid-19 survival rate is 99.98% and nightclubs have not been proven to be "super spreader" events.

On Tuesday, ESPN's Adrian Wojnarowski and Malika Andrews reported that the league began an investigation into the viral video even though Irving was off the clock and on leave.

It's possible that Irving will have to quarantine, which could extend his absence from the team for another full week.

Houston Rockets superstar James Harden also learned he was NBA chattel when he was fined $50,000 for partying off the clock while not wearing a mask.

The league announced that Harden violated the NBA's COVID-19 protocols by not wearing a mask when he attended an indoor party late last year.