British supermodel Cara Delevingne, right, will literally kiss up to anyone to make her name relevant in the United States. So far, Delevingne has been spotted tongue wrestling with bad girl singer Miley Cyrus, actress Sienna Miller, and singer Rihanna. While Cara's former lip action could be categorized as playful teasing, the 21-year-old's latest lip locking session with 36-year-old Fast & Furious actress Michelle Rodriguez appears to be the real thing.

END_OF_DOCUMENT_TOKEN_TO_BE_REPLACED

A certain glorified studio singer is rumored to be bisexual. According to a well-connected source who is familiar with the singer's sexual proclivities, the 32-year-old singer began experimenting with women in her mid-20s. The singer's faithful Atlanta-based road manager is a known lesbian. And certain members of her all-female backing band are lesbians as well as half of her dancers. The source says the singer surrounds herself with stud lesbians on the road during her current tour because she loves the attention they lavish on her.

END_OF_DOCUMENT_TOKEN_TO_BE_REPLACED 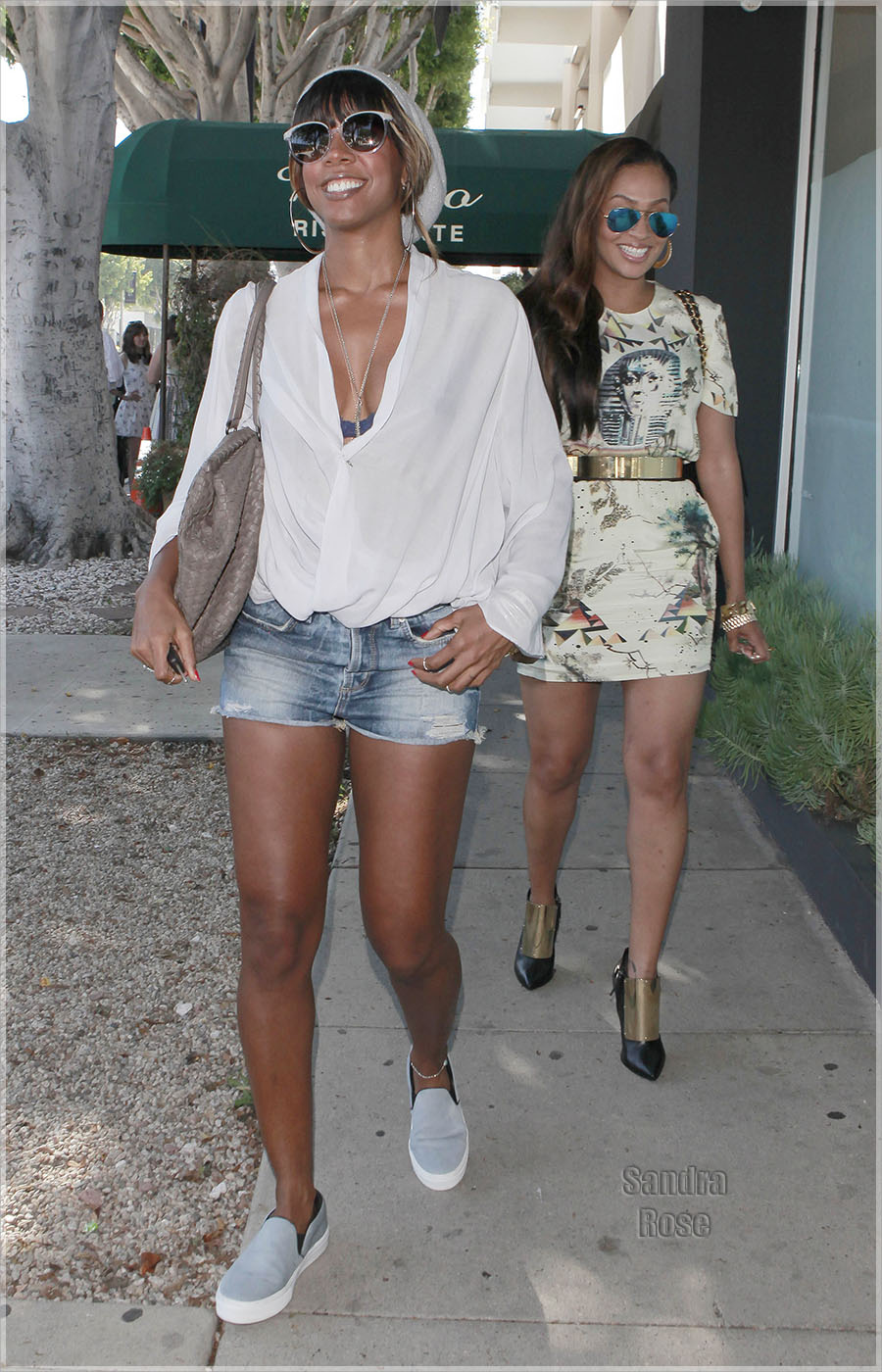 Gorgeous songbird Kelly Rowland, left, and flawless socialite La La Anthony met for a lunch late at Madeo Restaurant in Beverly Hills, Calif., on Friday, Aug. 16. Wouldn't Kelly and La La make an adorable lesbian couple? It wouldn't be difficult to determine who wears the pants in that relationship. I don't know if Kelly goes both ways, but I'm sure the thought has crossed La La's mind more than once. We have all heard the salacious rumors about La La and a certain female celebrity here in Atlanta.
Photos: WENN.com

END_OF_DOCUMENT_TOKEN_TO_BE_REPLACED

Remember cute little golden voiced singer Charice Pempengco who was plucked from obscurity by Oprah Winfrey? Now 21, Charice came out as a lesbian on a Filipino talk show on Sunday.

Breaking down in tears during an interview on ABS-CBN TV, Charice apologized to her mother and brother in her native Filipino language for revealing her lesbian lifestyle in such a public forum.

Calling herself a "tomboy" she said, "I don't know what the problem with that is because for me, that isn't a problem." Charice added: "To all those who will accept me, thank you very, very much."

Charice said she was relieved that she could now "leave my house without hiding anything."