Police are concerned for their safety because of the girls' ages.

Kaliyah is 5'4" tall while Aylissa is 5'3" tall. Both girls have black hair and brown eyes.

The two girls are cousins and may be active on social media.

Anyone with information on the girls' whereabouts are asked to call the Atlanta Police Youth Squad Unit at 404-546-4260 or call 911.

A man claims he is D'Wan Sims, a Detroit boy who went missing from a mall while Christmas shopping with his mother in 1994. D'Wan would now be 29 years old.

D'Wan's mother, Dwanna Harris, told police her son went missing while she was shopping with him at the Wonderland Mall in Livonia on Dec. 11, 1994.

Detroit police reviewed surveillance video from the mall at the time Harris claimed her son went missing. There were no sightings of D'Wan with his mother, leading police to believe D'Wan was never in the mall.

"I was here at the department and we looked at all of the video, we checked everything, and we never saw D'Wan with his mother," Taig told Detroit 4 News.

Sgt. Shelley Holloway told The Detroit Free Press in 2009 that investigators were "pretty confident D'Wan never made it to the Wonderland Mall."

Now a man on Facebook claims to be D'Wan. Detroit police were alerted to the man's Facebook post in which he claims he is the missing boy. Dailymail.com identified the man as Mike Cash.

Cash shared a baby photo of himself on Facebook, saying his baby picture bares a close resemblance to D'Wan when he was 4.

But Internet users wondered how a man who was 4 when he went missing has a baby photo of himself.

Cash contacted the Detroit police who obtained a sample of his DNA. Police are skeptical of his story after he said he didn't want his information released to the news media.

"I guess what's odd is that he claimed that he didn't want any of this information out in the media and from what I understand he had put this out on social media," Livonia police Capt. Ron Taig told Detroit 4 News.

Cash spoke with Harris on Facebook, but he said she blocked him. He also asked her to meet with him at the Detroit police station, but she said she was not comfortable with that.

"She did contact and talk to this person and ask him about some personal information that only her and D'Wan Sims would know, like birthmarks," Taig said. "He wasn't able to answer those questions, along with the date of birth."

Cash complained in a Facebook post, saying Harris blocked him. "I need a f****** lawyer man," he wrote.

In a 1994 press conference, Harris complained she was being treated unfairly and compared to the Susan Smith case.

Smith is a South Carolina woman who claimed her 2 sons were kidnapped by a Black male during a carjacking. Smith later confessed to drowning her sons in a lake. She is now 48 and serving life in prison.

The Detroit Free Press reported in 2009 that Harris changed her name and moved to South Carolina.

D'Wan is still listed as missing on the National Center of Missing & Exploited Children website. 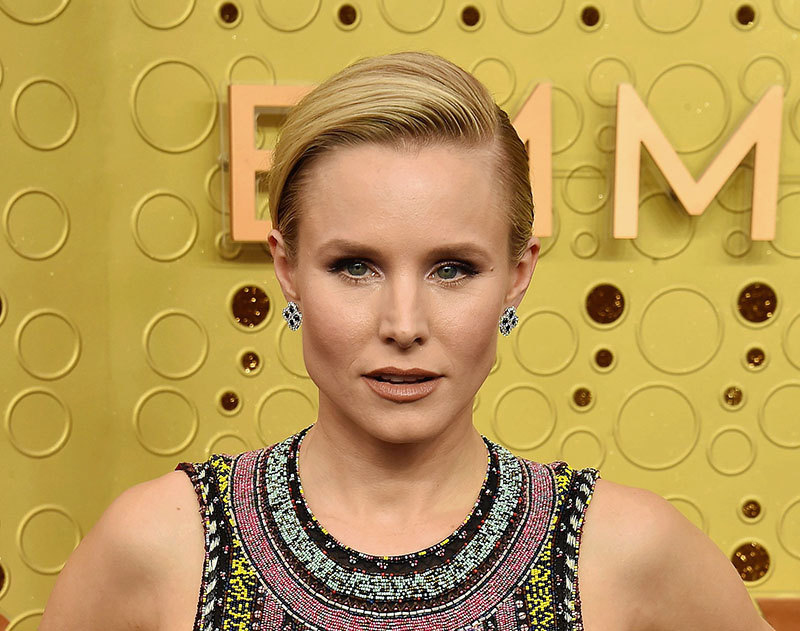 The video was captured by a surveillance camera positioned about a block away from where 3-year-old Kamille and another child played outside a public housing project on Oct. 12.

The video shows one man walk by the children without stopping. A second man, who has a distinctive limp, walks by and the children are seen leaving with him.

The video has no sound and police say the timestamp is incorrect. Kamille was abducted between 8 p.m. and 8:30 p.m. on Oct. 12. A witness saw a man pull Kamille into a blue Toyota Sequoia SUV that sped away.

Police later located the vehicle that was owned by one of two persons of interest who were detained in the case.

Police say the man with the limp is a suspect in the case. They declined to say if the man is in custody.

"Through our investigation and through statements, we've pretty much been able to identify the children and the second gentleman," Police Chief Patrick Smith said on Friday. "What we're trying to do is close the loop on the third individual in the video who was the first one who walks by as the children are playing."

He added: "We want to see if he has additional information or if he saw something that night that may be critical in this investigation."

A person of interest in the case, Patrick Devone Stallworth, 39, of Birmingham, was detained briefly and released on $500,000 bond.

Stallwort was charged with 4 counts of possession of child pornography with the intent to distribute after images were found on his cell phone.

His girlfriend, Derick Irisha Brown, 29, also of Birmingham, is being held with no bond on unrelated charges of kidnapping her three children.

Crime Stoppers is offering a $33,000 reward for information in the case.

A 3-year-old girl who was kidnapped by 2 suspects in Alabama is still missing after false reports that she was found safe on Wednesday.

Kamille McKinney, nickname "Cupcake", was abducted by 2 people from a child's birthday party on Saturday, Oct. 12. Witnesses say Kamille was pulled into a dark SUV parked outside a public housing project in Birmingham around 8:30 p.m.

A statewide Amber Alert was issued and two suspects were taken into custody. But Police Chief Patrick Smith said precious time was lost because the family delayed reporting her missing for several hours.

Hopes were high on Wednesday when the Jefferson County Sherif's Office reported Kamille was found safe around noon.

Jefferson County Sheriff Mark Pettway said Kamille had been found alive and was being checked by medical personnel, according to WRBI.

But an hour later, Birmingham Police confirmed Kamille was still missing and had not been found, despite the Jefferson Co. Sheriff's confirmation of her location.

Sheriff Mark Pettway told CBS 42's Art Franklin in a phone call that he had received misinformation from one of his deputies in the field.

Two persons of interest are in custody and police located the Toyota Sequoia SUV Kamille was last seen in.

Patrick Devone Stallworth, 39, of Birmingham (pictured left) was charged with multiple counts of child pornography with intent to distribute. He is being held on $500,000 bond. And Derrick Irisha Brown, 29, (pictured right) also of Birmingham, is being held with no bond for an unrelated kidnapping.

Chief Smith said it is possible Kamille is being moved around to different locations. He addressed the kidnapper directly during a press conference.

"I wanted to reach out to just one individual. If you know where Kamille is... if you have her and you're not sure what to do... I want to give you safe passage," Smith said.

Earlier, the Houston Chronicle reported that a volunteer search and rescue group found the phone.

But police tell The Chronicle the group that found the phone is not Texas EquuSearch volunteers, "instead it's an independent group who started searching on their own yesterday. Miller expressed frustration with groups like this who are working w/out help of law enforcement."

Derion Vence, who was engaged to Maleah's mother, was the last person to see the girl alive. She was reported missing on Saturday, May 4, after Vence claimed he was carjacked by three Hispanic males who struck him over the head and took Maleah the night before.

Vence was arrested on Saturday, May 11, after his story unraveled. He was charged with tampering with a corpse and is being held on $45,000 bond.

The discovery of the cell phone is important because it could contain GPS data that may lead police to the location where Vence disposed of Maleah's remains.

Vence may have intentionally discarded the phone to make it more difficult for police to track his movements on the day Maleah went missing.

Houston Police Chief Art Acevedo believes Maleah was murdered. Acevedo held a press conference on Thursday to give a brief update on the missing girl.

Acevedo told the media his only suspect, Vence, knows where Maleah's body is but he continues to lie about his involvement.

"You could drive a big rig right through the tales this guy has been telling," Acevedo said.

Acevedo pleaded with the public to help find Maleah's body to give her a proper burial and bring closure to her family.

"The evidence shows that we believe she has been murdered. Let's bring this baby home, proper burial," he said. "Without finding that body, there is a hole left out there. We want to give them the closure, of both charges and finding her body."

A volunteer search and rescue team suspended the search for 4-year-old Maleah Davis on Wednesday. Maleah has been missing for nearly two weeks.

END_OF_DOCUMENT_TOKEN_TO_BE_REPLACED

The disappearance of 4-year-old Maleah Davis of Houston, Texas, has created a movement to encourage mothers to stop leaving their children alone with their boyfriends.

END_OF_DOCUMENT_TOKEN_TO_BE_REPLACED

Investigators have found the remains of Jacob Wetterling, the 11-year-old Minnesota boy who went missing 27 years ago.

Sources tell KSTP News the boy's remains were found after pedophile Danny Heinrich, right, led investigators to the site where his body was buried.

"Our hearts are broken," Jacob's mother Patty Wetterling texted to the Star Tribune Saturday morning. "We have no words."

END_OF_DOCUMENT_TOKEN_TO_BE_REPLACED

The 4-year-old girl whose body was placed in a trash bag and dumped near Boston has been identified. Her name is Bella.

Boston police are earnestly searching for the girl's mother, Rachelle Bond, 40, of Mattapan, MA, and Michael McCarthy, 35, as persons of interest.