Some of you may know Helen as Trey Songz's ex-girlfriend. She also reportedly dated basketball player Terrence Williams, music producer Kanye West and singer/songwriter Chris Brown. Currently she is single and, apparently, not looking for Love.

As she wrote on her popular Instagram page: "The only thing I'm committed to right now is bettering myself."

But she also wrote: "No more talking stages... we're either dating or I'm single. Talk to God, not me..."

Do you have a chance to win Helen's heart? Probably not. It sounds like the 35-year-old video vixen is determined to discover herself. But you are welcome to admire her beauty and enviable figure. 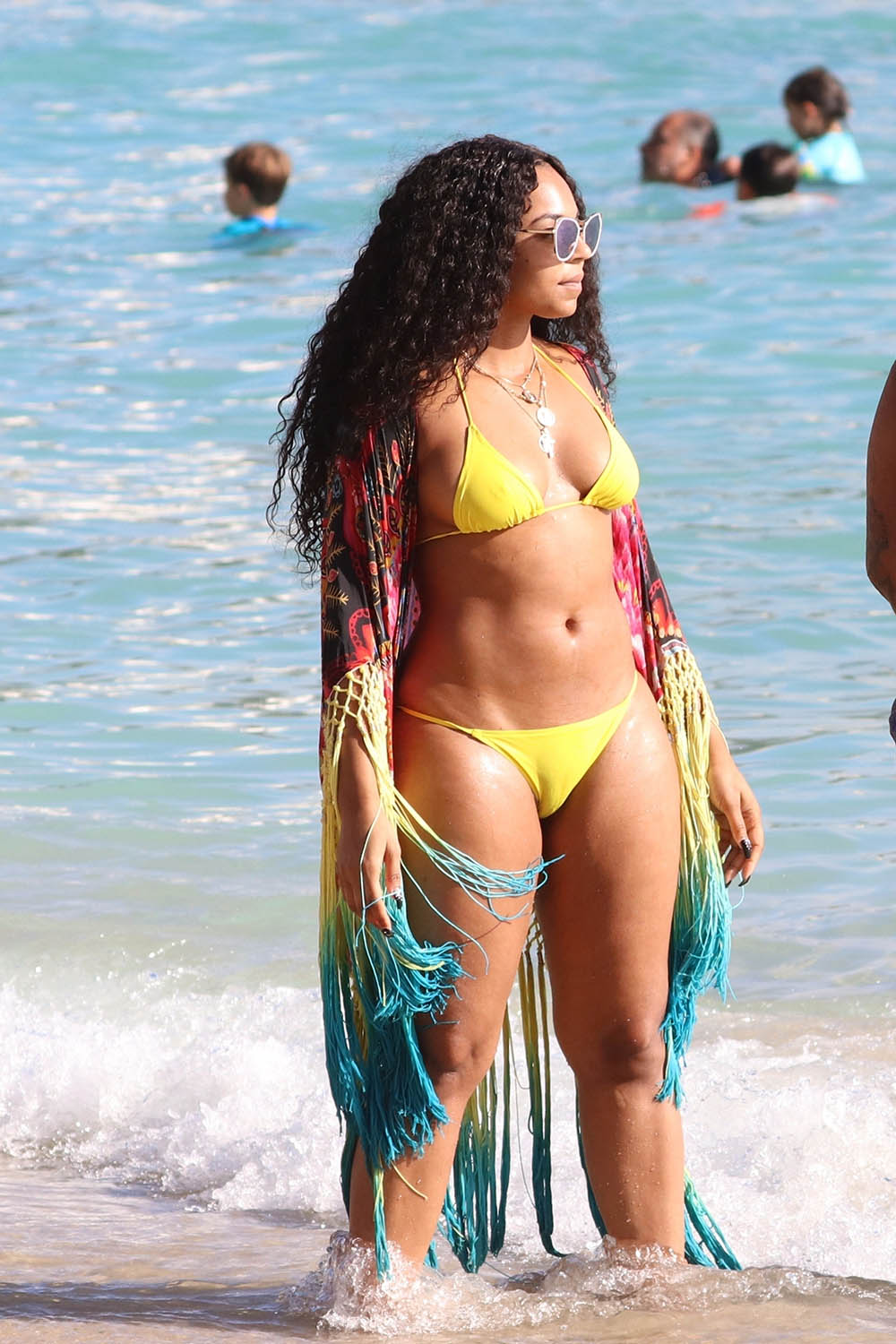 Singer Ashanti was spotted enjoying a beautiful sunny day in Hawaii on Tuesday. The 37-year-old singer is on a working vacay with rapper Ja Rule with whom she enjoyed #1 chart success with the single "Always On Time" in 2001.

END_OF_DOCUMENT_TOKEN_TO_BE_REPLACED

Today's Morning Glory is former Destiny's Child background singer Kelly Rowland. The 5'8", 36-year-old mother-of-one stripped down to a one piece swimsuit while on the beach in Australia on Sunday.

END_OF_DOCUMENT_TOKEN_TO_BE_REPLACED

Sultry singer Rihanna rang in the New Year with her reported lesbian lover Melissa Forde and friends at Do Brazil restaurant at Shell Beach in Saint Barts. Rihanna's fans are happy that Rihanna cleaned up her act and lived to see 2015.

END_OF_DOCUMENT_TOKEN_TO_BE_REPLACED

Yesterday's Morning Glory featured Queen Rosa, a business woman who runs a tax service in two states. She is very successful and Her clients includes professional athletes and celebrities. Rosa says this may be the reason behind the false rumors that she is a groupie who dates several ball players.

Read her emails after the break.

END_OF_DOCUMENT_TOKEN_TO_BE_REPLACED

So it isn't unusual for ball players to collect the same groupies the way they collect cars, guns, watches, sneakers, etc.

Professional groupie Queen Rosa has already dated NFL star Chad "Ochocinco" Johnson, LA Lakers star Jordan Hill, and Houston Rockets star James Harden. So she is considered a valuable catch for the next ball player or athlete who is waiting in line.

Yesterday, Queen Rosa tweeted a photo of her daughter at a lunch date with James Harden. Mothers shouldn't bring men around their daughters, but groupies never play by the rules.

END_OF_DOCUMENT_TOKEN_TO_BE_REPLACED

Tennis superstar Serena Williams was spotted striking a pose during a photo shoot on Miami Beach on Monday (April 15). The curvy tennis champ wore a black and white high waisted bikini as a photographer snapped away. Later, she changed into a yellow, form-fitting dress and a black floor length dress.

I am an avid reader of your site! I find your site to be quite credible and entertaining. I'm submitting a few morning glory photos on behalf of my friend Gabriela Solano. Not only is my friend an aspiring singer with a great voice but she is a talented hip-hop/ballet dancer, as well as an aspiring model. Besides her array of talents, she is also a single mother of a beautiful baby girl.

I've watched her over the years juggle school, work, and motherhood--I have much respect for her and the women out there that wear multiple hats. Lastly, my friend is from Stamford Connecticut and let's just say that we don't have many stars from Stamford, Connecticut.

Hopefully, featuring my friend as your Morning Glory will provide her with the platform she needs to become recognized. If anyone would like to book my amazing friend Gabriela Solano for upcoming fashion shows, etc., please e-mail me at acope@csufresno.edu. FYI, she has no idea that I'm doing this for her. I know that she deserves to be recognized and as her friend I wanted to do something special for her. God blesses those who work hard and keep at their dream! Here blessings await her.

Thank you in advance for this opportunity on behalf of my friend Sandra.

END_OF_DOCUMENT_TOKEN_TO_BE_REPLACED

Hello Sandra, My name Is Indira Ali. I am eighteen years old and from Baltimore Maryland. My dream is to be a commercial & editorial Model. I have been modeling since I was fifteen. & I have learned & Achieved alot. I visit your site all the time, And I Thought why not try to get on your morning glory, I love you And would love to be Morning Glory.

END_OF_DOCUMENT_TOKEN_TO_BE_REPLACED

My name is Christina Marie, from Marina Del Rey, CA. I am an aspiring model and I have recently relocated to Atlanta, GA to pursue a career in modeling. My interests include staying fit, eating healthy in order to maintain an optimum physique, singing, dancing, and I am very sociable, and fun-loving. I would very much appreciate the opportunity to be featured in the Morning Glory post. My photographer is L. Cruz. I learned of Sandra Rose by being a follower of the very popular website. I have included several photographs for your consideration.