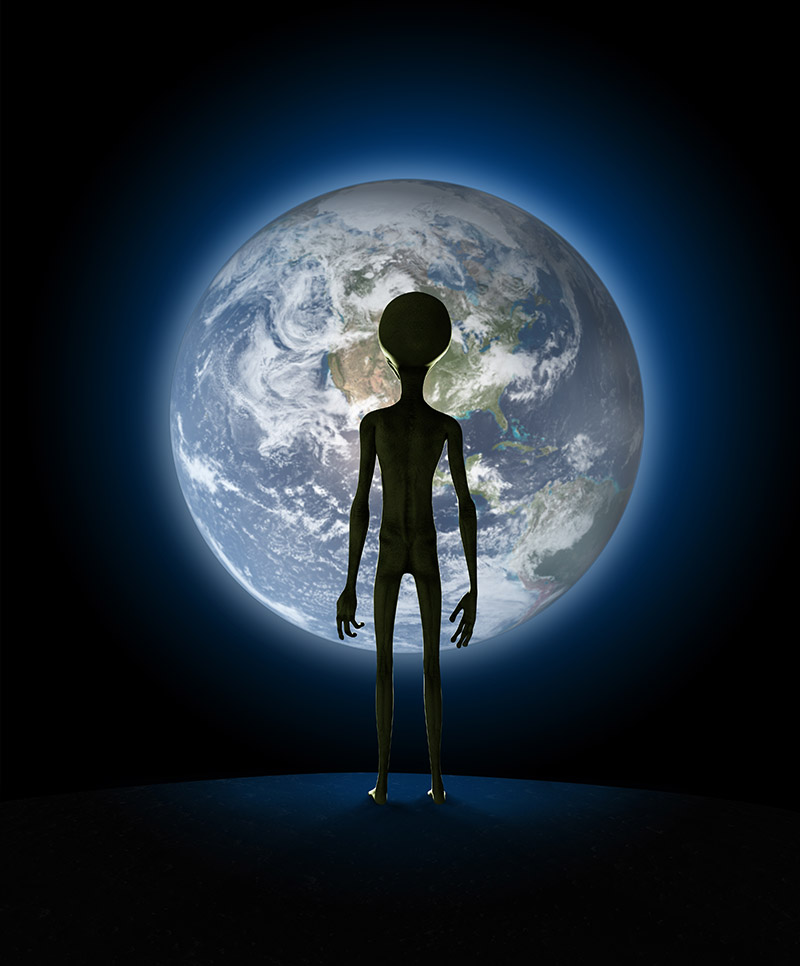 China claims that it may have made contact with an alien civilization — before mysteriously deleting its report.

China announced that it may have received a message from an alien civilization using its $180 million Sky Eye telescope, according to Science and Technology Daily.

"Sky Eye telescope may have picked up signs of life beyond Earth," the report stated, according to Bloomberg. The state-backed Science and Technology Daily then mysteriously deleted the report.

"The news had already started trending on social network Weibo and was picked up by other media outlets, including state-run ones."

Scientists have long believed there was civilized alien life in space. If the mysterious radio signals are real, it would mark the first confirmed contact from alien life in the solar system.

"While no signs of life have ever been detected, the possibility of extraterrestrial biology – the scientific logic that supports it – has grown increasingly plausible," according to NASA.

A years long dispute between neighbors over dog poop ended in violence with a 52-year-old NASA exec under arrest for murder.

Michael J. Hetle, of Springfield, Virginia, was charged with second-degree murder in the shooting death of his 24-year-old neighbor Javon Prather, also of Springfield.

Prather was shot around 4:50 p.m. Tuesday. A neighbor said he heard seven shots.

Hetle previously worked as a police officer with the Bellevue, Washington police department. He was involved in shooting deaths of an unarmed Latino man and a bank robbery suspect.

Hetle was cleared of criminal wrongdoing in both shootings. Hetle also worked for the Department of Homeland Security, according to NASA's website.

The victim's mother said her son and his next-door neighbor had fought bitterly for years.

Shabon Prather said her son and Hetle argued frequently over dog poop left outside. They also argued over loud music and friends coming and going at Prather's home.

"He's been giving my son and his wife problems for a very long tine," she said.

Prather, who worked as a manager at Giant Foods, served in the Maryland National Guard for six years. Shabon said her son had planned to reenlist and was "a good man."

But a neighbor said Prather was the aggressor who caused problems with his neighbor. Court records obtained by NBC Washington shows Prather had recent charges for assault and public intoxication.

"No one deserved to die like that," Shabon said. "I don't care what kind of disagreement you're having. No one should be shot in cold blood and die like that."

Katherine Johnson, the NASA space scientist and mathematician who's calculations helped send astronauts into space, passed away of natural causes at age 101.

The space pioneer's death was announced by the National Aeronautics and Space Administration (NASA) on Monday, Feb. 24.

"We're saddened by the passing of celebrated #HiddenFigures mathematician Katherine Johnson," the statement read. "Today, we celebrate her 101 years of life and honor her legacy of excellence that broke down racial and social barriers."

"Thank you QUEEN #KatherineJohnson for sharing your intelligence, poise, grace and beauty with the world!" she wrote.

"Because of your hard work little girls EVERYWHERE can dream as big as the MOON!!! Your legacy will live on FORVER AND EVER!!! You ran so we could fly!!! I will forever be honored to have been a part of bringing your story to life.

"You/your story was hidden and thank GOD you are #hiddennomore God bless your beautiful family. I am so honored to have sat and broke bread with you all. My thoughts and prayers are with you! #RIHKatherineJohnson #representationmatters."

END_OF_DOCUMENT_TOKEN_TO_BE_REPLACED

An astronaut's least worries should be dormant viruses like herpes flaring up when they go into space on board the Space Station or Space Shuttle. But NASA research has found astronauts are not free from infectious viruses in space.

END_OF_DOCUMENT_TOKEN_TO_BE_REPLACED

Epps, 47, was set for her first historic mission as a crew member on the Space Station in June 2018. The aerospace engineer was scheduled to launch from Kazakhstan aboard a Soyuz rocket. But on Thursday, Jan. 18, she was dismissed and sent home from her overseas training in Russia.