An Olympic committee is catching flack for banning swim caps designed by a Black-owned company for athletes with natural hairstyles.

The Federation for International Water Sports Competitions (FINA) banned the oversized swim caps due to the cap's unusual size which "does not follow the head's natural form."

SOUL CAP's oversized swimwear are designed for athletes with afros, dreadlocks or braids extensions, which may not fit under traditional swim caps.

Michael Chapman and Toks Ahmed, the founders of SOUL CAP, expressed their disappointment and questioned the sport's equality and inclusivity.

The entrepreneurs say they designed the caps after meeting a Black woman who was "struggling with the size of her swim cap."

They claim the Olympic committee's decision may discourage young Black swimmers from seeking a career in swimming.

END_OF_DOCUMENT_TOKEN_TO_BE_REPLACED

In his half hearted apology on Instagram.com, Lochte, 32, apologized "for not being more careful and candid" when he lied about being robbed early Saturday morning.

END_OF_DOCUMENT_TOKEN_TO_BE_REPLACED

Surveillance video from a gas station in Rio, Brazil shows Olympic swimmer Ryan Lochte lied about being robbed at gunpoint.

The video shows Lochte and 2 other swimmers kicking in the door of a gas station bathroom.

END_OF_DOCUMENT_TOKEN_TO_BE_REPLACED

20-year-old Gabby Douglas had hopes of reclaiming some of her former glory as the darling of the 2012 Olympics. She was hurt by all the taunting on social media about her hair and her sour attitude.

"It doesn't really feel good. It was a little bit hurtful," Douglas told reporters on Sunday.

END_OF_DOCUMENT_TOKEN_TO_BE_REPLACED

There goes the racist stereotype that black people can't swim.

20-year-old Simone Manuel won a gold medal in the 100-meter freestyle swimming event at the Rio Olympic Games on Thursday.

Tears streamed down her face as the 5-foot-11 Houston native realized she tied 16-year-old Canadian Penny Oleksiak to share gold medals -- a rarity in Olympic sports..

END_OF_DOCUMENT_TOKEN_TO_BE_REPLACED 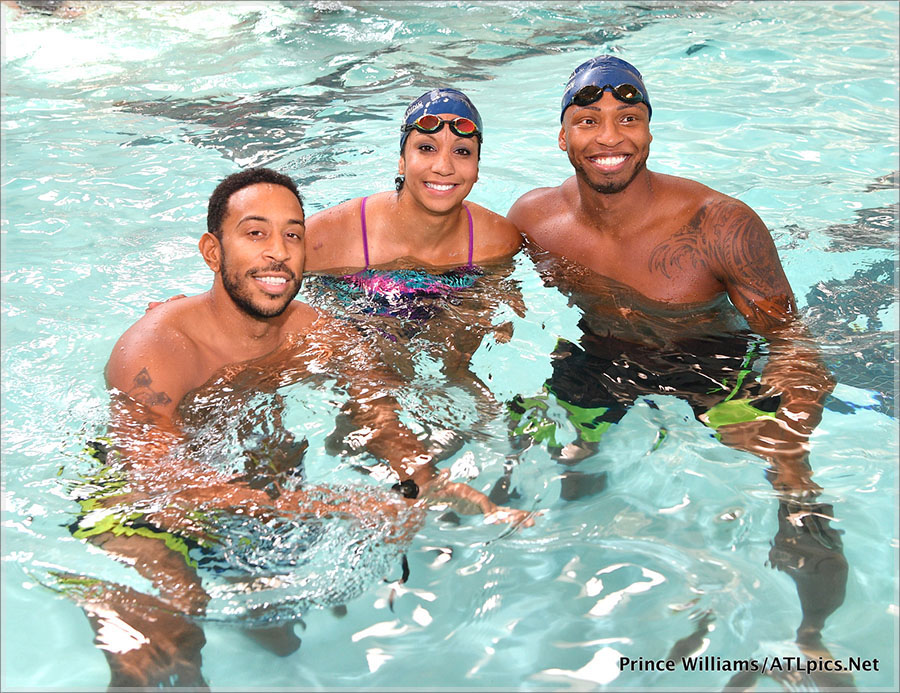 Chris "Ludacris" Bridges and The Ludacris Foundation teamed up with the DeKalb Aquatics team to support the USA Swimming Foundation's 'Make a Splash Initiative' in Atlanta on Saturday, April 30, at the Carrie Steele Pitts Life Learning Center.

END_OF_DOCUMENT_TOKEN_TO_BE_REPLACED

Michael Phelps didn't waste any time cashing out his Olympic gold for big dollar endorsements. Not even 24 hours after the close of the London Olympic games, Phelps was featured in his first post-2012 Games ad campaign for Louis Vuitton.

Phelps stares seductively while luxuriating in a bathtub in his Speedos and swim goggles. A Louis Vuitton Monogram carry all bag sits near the tub, most likely holding his stockpile of 22 Olympic medals, including 18 golds.

MEN: If you would like to be considered for MORNING WOOD, please email 5-6 of your best studio quality photos, including shirtless shots, to sandra @ sandrarose.com (remove spaces).