California Governor Gavin Newsome has not been seen in public since he received the Covid-19 mRNA booster injection on October 27.

Then, Newsome missed the global climate conference in Glasgow, Scotland last week -- a conference attended by heads of state and government including the U.S. President. 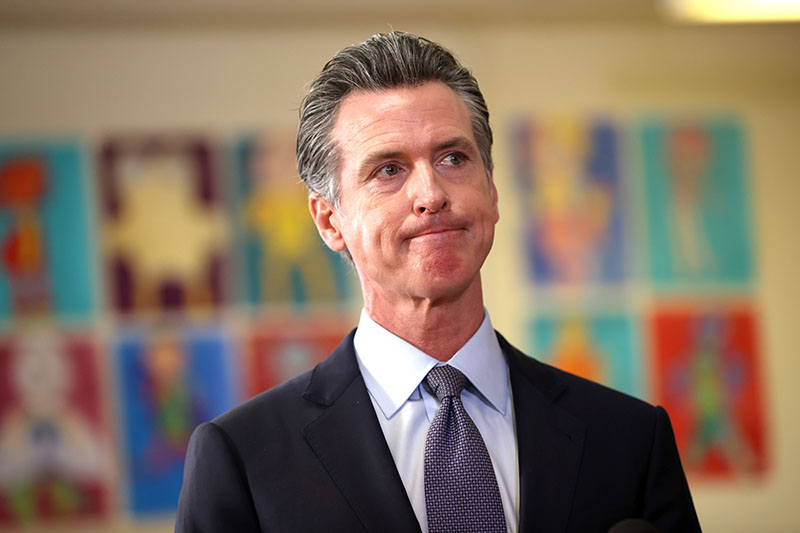 According to The Defender, Newsome allegedly suffered a serious adverse reaction to the Moderna COVID vaccine he received on Oct. 27.

He reportedly experienced symptoms similar to those associated with Guillain–Barré syndrome (GBS).

Guillain-Barré syndrome is a rare but serious autoimmune disorder in which your immune system attacks nerve cells in your body.

Symptoms of GBS begin with tingling and numbness in your fingers and toes that spread up your arms and legs.

Symptoms also include muscle weakness that gets worse over time, making it difficult to talk or walk and can lead to paralysis.

On Sunday, Newsome's wife, Jennifer Siebel Newsom, tweeted — then quickly deleted — a post telling people to "stop hating" on her husband and "get a life."

The 29-year-old Wisconsin man who was shot multiple times in the back by a Kenosha police officer may never walk again.

Jacob Blake, who is Black, was shot in the back at least 7 times by a white police officer. The Kenosha Police Department declined to name the officer, even though he has been identified on social media.

Blake's father told the Chicago Sun Times his son is a paraplegic, paralyzed from the waist down and may never walk again.

Cellphone footage shows Blake walking around his SUV as cops with guns drawn order him to stop. One cop pulled Blake's t-shirt and fired his service weapon just as the father-of-three opened his driver side door and leaned inside the vehicle.

Blake's fiancée, Laquisha Booker, watched helplessly as the officer pumped 7 bullets into Blake's back while their children screamed in the back seat of his SUV.

Booker said, "That man just literally grabbed him by his shirt and looked the other way and was just shooting him. With the kids in the back screaming. Screaming."

Another witness described an altercation with police that preceded the shooting. "They start to wrestle. The officer is punching on him. Two officers come to assist. They get him down on the curb behind his vehicle. Somehow he manages to get up. They said he has a knife. All of the officers pull out their guns. ... (One of the officers) tells him, 'Get out of the car!' and he starts shooting.”

The shooting sparked civil unrest and demonstrations in Kenosha and other cities.

Blake's father said he driving from Charlotte, NC to be with his son in the hospital.

"I want to put my hand on my son's cheek and kiss him on his forehead, and then I'll be OK," he said. "I'll kiss him with my mask. The first thing I want to do is touch my son."

The elder Blake criticized people who point out Jacob Blake's criminal record, saying his son didn't deserve to be shot in the back.