A plumber who discovered $600,000 in cash and checks in a wall of Joel Osteen's megachurch will get $20,000 reward from Crime Stoppers.

The plumber, identified by NBC Houston affiliate KPRC as Justin Cauley, discovered the loot stuffed in a wall when he removed a toilet in a church bathroom on Nov. 10.

"There was a loose toilet in the wall, and we removed the tile," he said in a call to 100.3 The Bull. "We went to go remove the toilet, and I moved some insulation away and about 500 envelopes fell out of the wall, and I was like 'Oh wow!'"

Cauley, a good Christian, turned the money over to church officials. Police believe the cash and checks were connected to an unsolved robbery at the megachurch in 2014.

The church didn't give Cauley a dime in gratitude for recovering the stolen money. But Crime Stoppers gave him a check for $20,000. The money was part of a reward that was offered for information about the 2014 robbery.

"This money is going to help tremendously," Cauley told KPRC. He was disappointed that Osteen didn't even thank him personally for finding the money.

Police theorize the loot was stolen by a church insider who stashed it in the wall, but probably died before they could retrieve it. 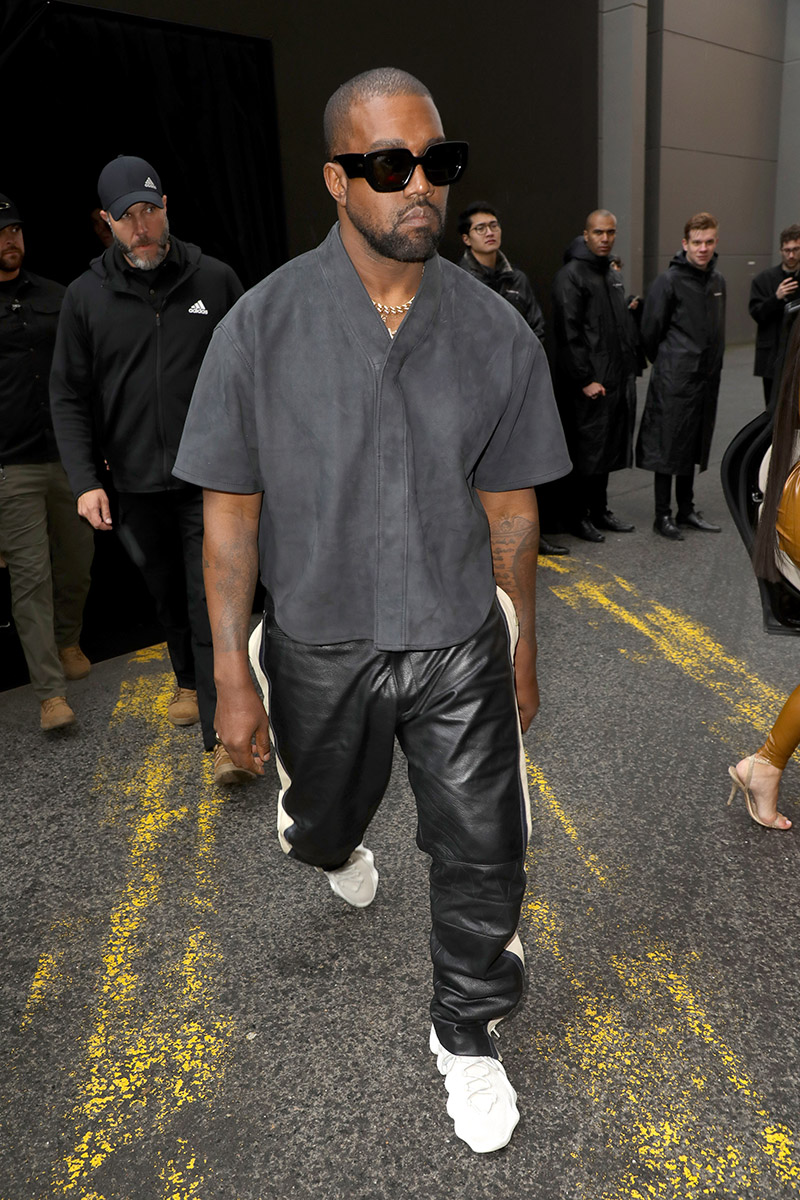 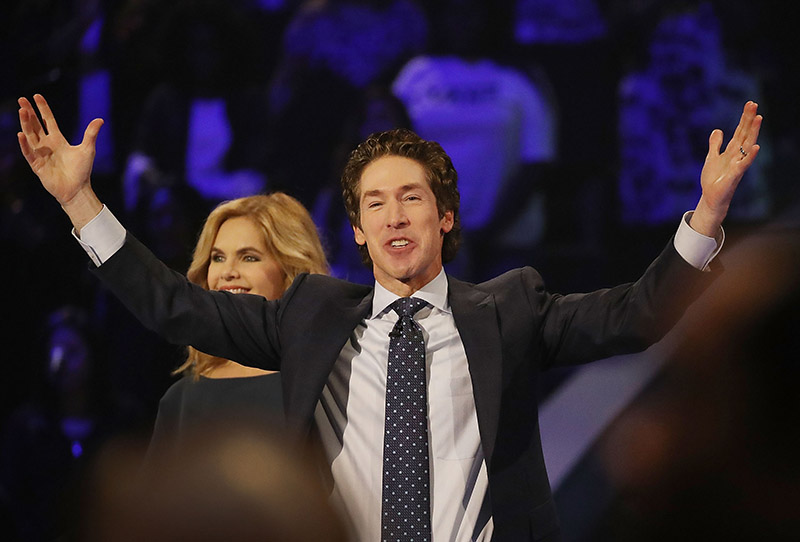 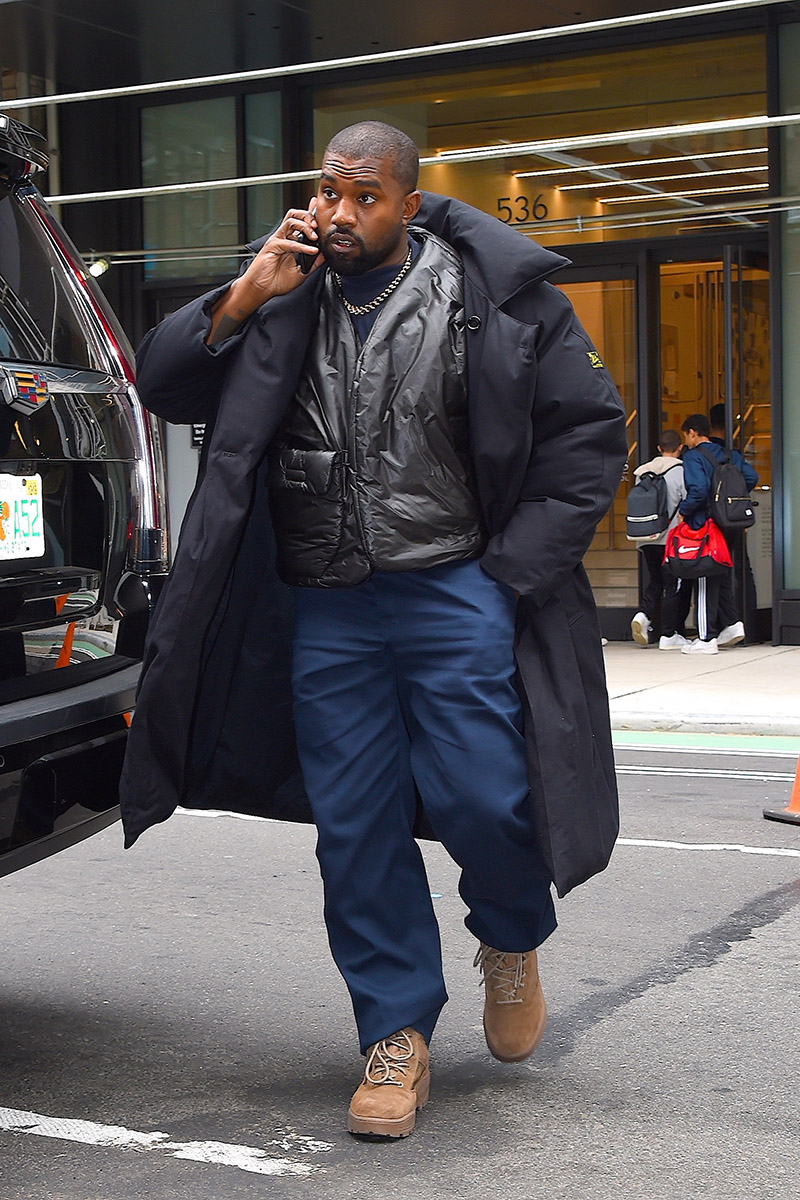 Kanye was invited to bring his popular Sunday Service revival to the megachurch in Houston, Texas. Osteen blocked off 20 to 30 minutes this Sunday for Kanye to perform gospel songs off his new album, Jesus Is King.

Also performing will be Kanye's Sunday Service choir who are featured on the album.

Kanye, 42, famously turned his back on secular music because he believes the current generation of young people need Jesus.

Lakewood Church is the largest megachurch in America. Osteen is often criticized for promoting prosperity and wealth at his ministry.

Kanye also focuses his efforts on accumulating great wealth. The father of four was upset when Forbes declined to acknowledge him as a billionaire after he presented a receipt for $890 million.

Kanye recently disclosed that the IRS cut him a refund check for $68 million.

Tyler Perry angered his faithful fans by donating $250,000 to embattled prosperity preacher Joel Osteen, who caught heat for not opening the doors of his megachurch to Harvey flood victims sooner.

The producer-director posted a video to his Facebook page Thursday defending Pastor Osteen and announcing his plans to donate $1 million to those impacted by floods in Houston.

END_OF_DOCUMENT_TOKEN_TO_BE_REPLACED

Pastor Joel Osteen finally opened the doors of his Houston megachurch after catching heat for closing the $50 million church in the aftermath of Hurricane Harvey.

Osteen, 54, tweeted a prayer to everyone affected by the storm on Saturday, but he was criticized for shutting the doors of his megachurch for 3 days.

"Victoria & I are praying for everyone affected by Hurricane Harvey. Please join us as we pray for the safety of our Texas friends & family," Osteen tweeted on Saturday.

The prosperity preacher remained silent as others called for him to open the doors of his massive church for hurricane relief efforts.