"If people were here, they'd realize that there were safety issues,' Osteen said. "This building had flooded before, and so we were just being precautions. But the main thing is that the city didn't ask us to become a shelter then."

Osteen originally told his Twitter.com followers on Monday that the church, which is housed in a former sports arena, was closed due to flooding. But Houston residents walked around the perimeter of the structure with their cell phones recording empty streets and no evidence of flooding.

He reportedly blocked Twitter followers who questioned why his 17,000 seat megachurch remained closed.

Osteen said he did welcome "some" of the flood victims after he received widespread criticism on social media.

On Tuesday evening there seemed to be more volunteers than evacuees inside the Lakewood church.

Photos show less than 100 empty cots organized in neat rows in a small room inside the church, while hundreds of volunteers stood in line to donate clothing and other goods to evacuees. 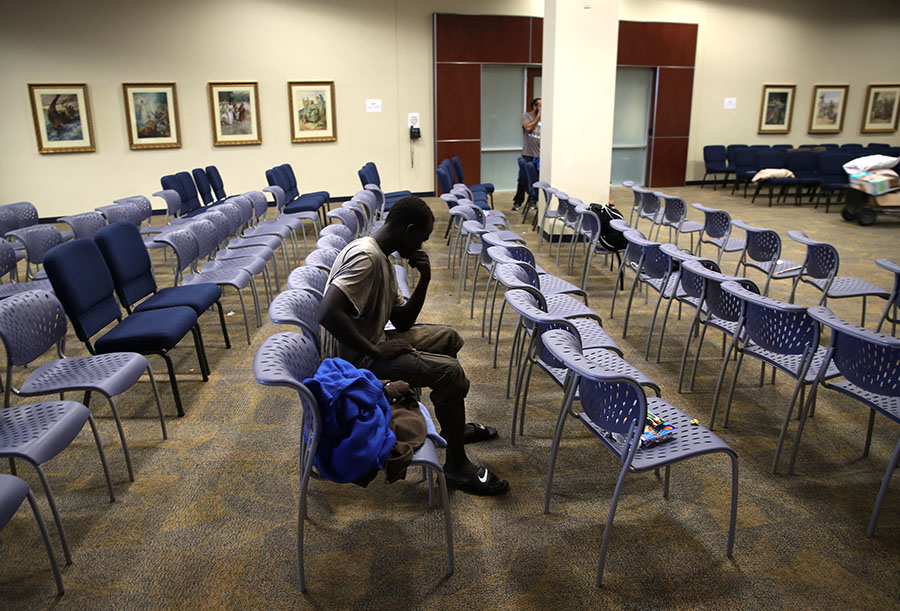 Another photo shows a lone church member seated in a vast room of empty chairs while waiting to be processed into the temporary shelter.

Non-members are reportedly being turned away and diverted to one of 230 other shelters in the Houston area.

But Osteen denied the reports.

"Our church has always been open. I think this notion that somehow we would turn people away or that we weren't here for the city is about as false as can be," he said.