A review of court records showed that 88 percent of social distancing summonses went to Black people or Hispanics.

The shocking disparity is evident in cellphone video clips of NYPD officers using excessive force to take down Black people who cops claim are not social distancing.

The NYPD insisted the arrests are made "evenly and fairly" across the board.

But internet videos show Caucasian people and others sunbathing on packed beaches not far from where police officers patrol the beach. No arrests are made.

Brooklyn District Attorney Eric Gonzales said his office is reviewing the videos of violent street takedowns by his officers to determine if disciplinary measures are necessary.

He conceded in a phone call with reporters that "none of these videos look great."

District attorneys in the New York City boroughs of Manhattan, the Bronx, Brooklyn and Queens will stop making arrests and prosecuting violators.

Police have arrested at least 120 people and issued nearly 400 summonses for social distancing violations between March 16 and May 5.

This is a city built by DeBlasio, lawlessness, violent prisoners released from jail and empowerment of criminals to resist arrest and assault NYPD cops. What will be left of NYC by the time he leaves in 2 years?@nypost @NYDailyNews @FoxNews @NY1 @dbongino @InsideBlue360 @ pic.twitter.com/WybO0H651t

Here is today’s footage in #NewYork of the #AntiBackWar victims. pic.twitter.com/A2VaAv9yM4

Black ppl in #NYC please please please understand that you are in a white supremacist battle zone.#FearisNotAnOption#KoupeTetBouleKay pic.twitter.com/9F1gWzVgcC

This racial targeting was aimed exclusively at BLACK PEOPLE.

It was only groups of B L A C K people targeted. 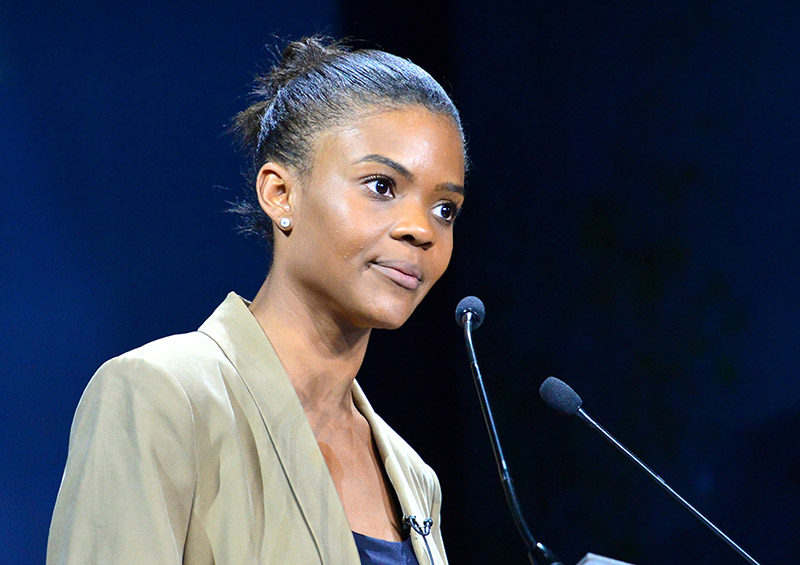 Candace Owens got a personal taste of what life is like living in a police state. Owens, 30, was stopped by police for not wearing a face mask in a Washington, D.C. Wholefoods supermarket.

D.C. Mayor Muriel Bowser signed an executive order on April 8 requiring all store patrons to wear a mask or face covering in public beginning April 9. But the order didn't go into effect until Monday, April 13.

Owens and her husband, who shop daily in Wholefoods, were stopped by a police officer for not wearing masks on Tuesday, despite the low coronavirus death toll in the Washington D.C. area.

The pro-Trump conservative activist took to Twitter.com to vent her frustration at being threatened with arrest in the District of Columbia where her friend, President Donald Trump famously said he will not wear a face mask.

Owens was shocked at how easily some Americans are willing to give up their liberties and freedom in government-controlled police states.

"WOW. Just had a police officer called over to me and my husband at Whole Foods bc we were not wearing masks. We come to this @WholeFoods EVERY DAY. Apparently beginning yesterday, it is now illegal to come in without a mask. Total deaths in D.C from Covid? 69.

WTF if going on?"

WOW. Just had a police officer called over to me and my husband at Whole Foods bc we were not wearing masks. We come to this @WholeFoods EVERY DAY. Apparently beginning yesterday, it is now illegal to come in without a mask.
Total deaths in D.C from Covid? 69.

WTF if going on?

Her tweet led some of her followers to question whether they still live in a free country.

Thankfully, our governor here in Georgia has not ordered draconian measures to battle the coronavirus, which to date has killed less people in America than the common flu.

1. Do not touch your face with unwashed hands
2. Wash your hands frequently for at least 20 seconds
3. Avoid close contact with sick people
4. Sneeze and cough into a tissue or your elbow
5. Stay home if you are sick
5. Clean and disinfect frequently touched surfaces
6. When in doubt consult with a healthcare professional

Martial law is defined as temporary military control over designated regions on an emergency basis.

On Friday, April 19 -- four days after 2 bombs ripped through the finish line at the Boston Marathon, Martial law was imposed on the residents of Boston by military authorities searching for a skinny 19-year-old kid.

Boston residents were forced to remain inside their homes -- or ordered to evacuate their homes at gunpoint. The cost to shut down the entire city of Boston, including buses, trains, schools, grocery stores, gas stations and shopping malls, will tally in the hundreds of millions of dollars. The massive military show of force failed to find Dzhokhar Tsarnaev by the time the day-long lockdown was lifted.