A Michigan couple who received both mRNA injections before dying of Covid-19 are not considered "fully vaccinated" because they didn't receive the booster.

Cal Dunham, 59, and his wife Linda, 66, died within one minute of each other while holding hands, according to family.

Cal and Linda received their mRNA injections in May. Cal updated his Facebook page to announce they'd gotten their shots.

They both took extra precautions because they had pre-existing health conditions. Still, they contracted Covid during a camping trip, Fox 17 reported.

The couple's daughter Sarah Dunham said her parents believed they caught colds or had sinus infections.

"[My dad] called me before our family camping trip and said he wasn't feeling good but he thinks it's just like sinus, and [Linda] caught it and she's like, he gave me his cold," she told Fox17.

"The third day they woke me up and said, 'We've got to go because we don't feel well.' So I packed them all up and they left."

The couple was hospitalized and placed on ventilators. They died within one minute of each other while holding hands on Sunday.

Their deaths will not be listed as breakthrough Covid deaths because they didn't receive the third booster shot.

U.S. Pres Joe Biden, 78, received a booster shot in front of cameras on Monday. He said America won't return to normal until 97% or 98% of Americans are vaccinated.

A GoFundMe page was created to help raise funds for funeral expenses.

I’ve got a feeling the government is lying about vaccination rates and it’s way less than what they are reporting.
They are becoming more and more extreme in their threats and the only reason that would make sense, is if the majority of people were not complying.

As a former healthcare worker & first responder let me leave you with this: if 70,000 healthcare workers are willing to be fired rather than take a mandatory shot - what does that say to you? 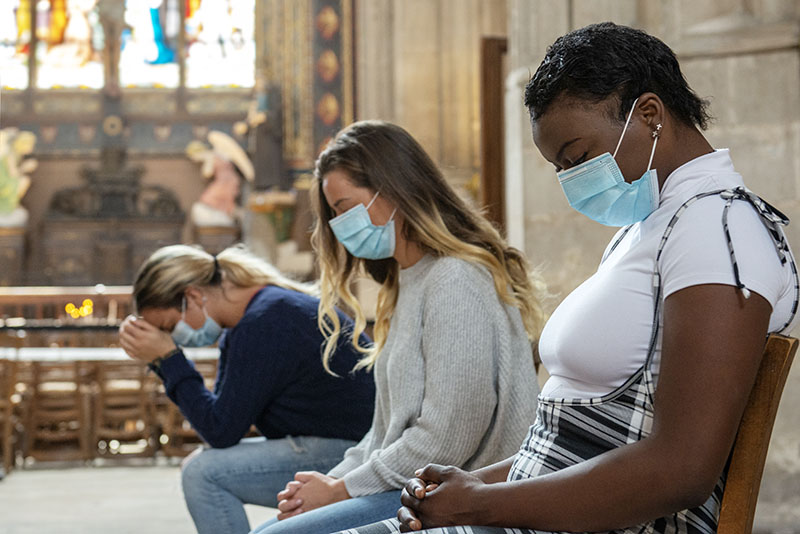 Six members of the same church in Florida died within 10 days after testing positive for Covid-19, the pastor says.

Rev. George Davis of the Impact Church in Jacksonville said the deaths of his members have "ripped out hearts apart.

Davis held a Covid-19 vaccination clinic at his church on Sunday.

"We've had now six members of our church over the course of a couple weeks now that have passed away from Covid," Davis said in a livestream. "It has just absolutely ripped our hearts apart."

He said none of the victims were vaccinated, and four were "healthy" and under the age of 35.

"All I know is my heart's passion is to help people that I'm called to serve, and do whatever I can to help see to it that they are in a healthier place," he told NBC affiliate WFLA of Tampa.

About 49.6 percent of Florida's population has been fully vaccinated, according to NBC's vaccination tracker.

Covid-19 mainly affects the elderly, obese, people who smoke, and people with underlying medical conditions such as cardiac and respiratory problems, and diabetes.

READ ALSO: Study: Obese People are more at risk of dying from Covid-19

Studies have shown people with pre-existing or undiagnosed medical conditions are likely to have increased ACE2 enzymes, which the coronavirus uses to enter human cells.

Colleton County officials say no charges will be filed against the 5th grader involved in a classroom fight with 10-year-old RaNiya Wright last month. A coroner ruled that RaNiya died of natural causes two days later in an intensive care unit.