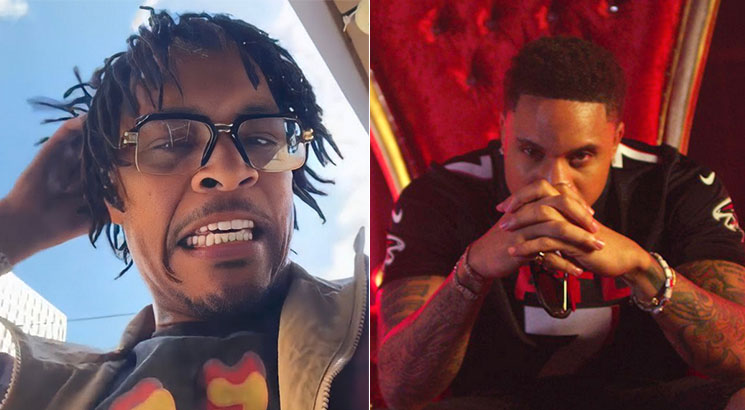 The Falcons premiered the song on Twitter before the season opener against NFL arch rival New Orleans Saints at Mercedes-Benz Stadium on Sunday.

T.I. accused the Falcons' marketing team of creating animosity between the team and the fans. "Why do that, man? It's counterproductive," he said.

To make matters worse, the Falcons, who led 26-10 in the first half, fell to the Saints 27-26 after Wil Lutz kicked a 51-yard field goal with 19 seconds left on the clock.

Normally I’m all about hype videos, but this is junk. Nothing about that tune gets me pumped up or excited at all.

Bruh is that dre from power

Can we get a new saying, please?

Why we got Dre singing? I thought he died ?

was Lil Baby and Future too busy? wtf

I mean I’m glad y’all moving away from the T.I Jeezy Luda era but come onnnnnn