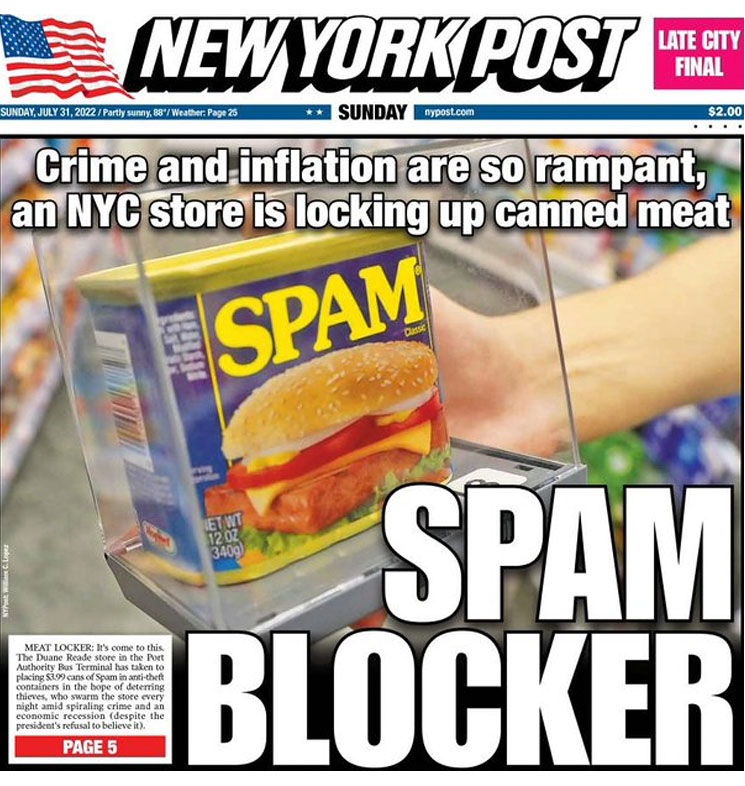 Spam canned meat is popular with shoplifters and homeless people because it is cheap, nonperishable, and doesn't require refrigeration to stay fresh. 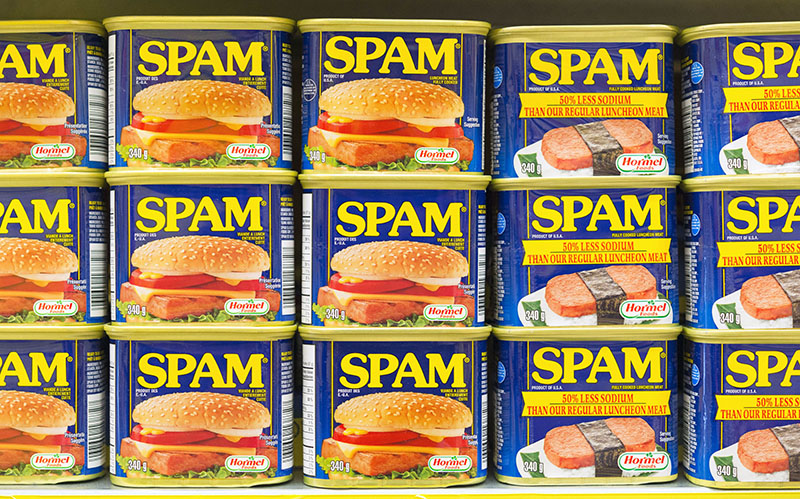 Spam canned meat is marinated in chemical preservatives to keep the meat from decaying for years while it's inside the airtight can.

"To put Spam in a cage is stupid — and kind of insulting to the customers that would buy it," shopper Dennis Snow said, according to Fox News.

A can of Starkist Tuna, which sells for $1.89, is also locked up at the city's Port Authority bus depot where crime has spiked 52%, Fox News reports. 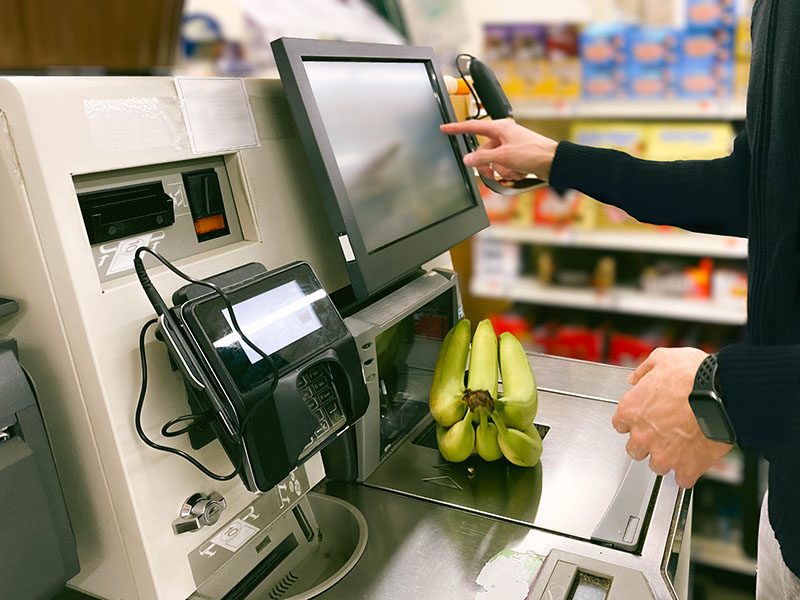 An attorney is warning consumers about those convenient self-checkout kiosks in big box stores and supermarkets.

In a viral TikTok video, attorney and influencer Carrie Jernigan explains that self-checkout counters can cost you thousands of dollars.

"As a criminal defense attorney, I advise most people to steer clear of self-checkout," she said.

She added that big box stores like Costco use security footage to accuse innocent customers of theft.

While there are actual cases of shoplifting, the people who end with theft charges are innocent shoppers. 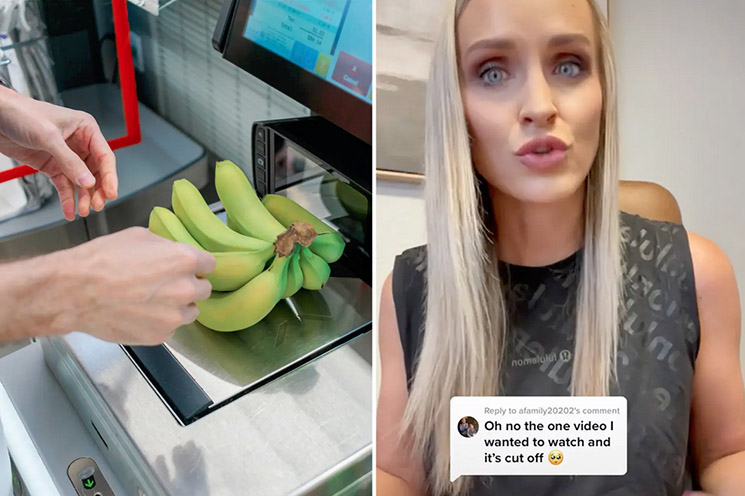 "Most of these [customers] are not getting charged day of," she explained. She said someone in the store's asset protection department counts inventory, and discovers the theft, days, weeks or months later.

"So they will begin watching hours of video to see the last person who checked out with the Mario Lego set because they're two short or an Xbox game. And, for some reason, they pinpoint that they think you did it," she said.

"The charges that could land you up to a year in jail. You have to spend thousands of dollars hiring a lawyer and we have to go through grainy video footage to try to determine what all you bought that day."

Jernigan advised shoppers to avoid the self-checkout, and always pay with a credit card.

Question: Do you use the self-checkout kiosk? Do you plan to continue?

Video of a brazen daytime shoplifting incident at a San Francisco Neiman Marcus has gone viral on social media.

Cellphone video shows a group of youths dashing out of the Neiman Marcus store after smashing display cases at the Union Square location on Monday.

A few of the youths jumped into waiting luxury vehicles and made their getaway.

Dion Lim of KGO-TV tweeted the video and confirmed that a police officer was standing outside the store filming the incident on his cellphone. The officer's handcuffs are clearly visible on his gun belt.

"A man I spoke w/tonite says his wife works in area, saw it happen & sent me this video which is circulating online... He saw two suspects run in and immediately shut and locked the doors of the store he works at. He told me he then saw 8 more run in.

He says this happened to his store in the past it’s 'traumatizing' to him & his colleagues. Handbags at Palo Alto NM were also stolen in a similar fashion in May."

A customer inside the store at the time told Lim a sales associate herded customers into the back during the smash-and-grab crime spree.

SFPD confirms this shoplifting incident at Neiman Marcus in Union Square at about 5:49 pm.

A man I spoke w/tonite says his wife works in area, saw it happen & sent me this video which is circulating online.

Handbags at Palo Alto NM were also stolen in a similar fashion in May pic.twitter.com/KOSY8sbaGO

Shoplifting is rampant in liberal San Francisco where Democratic city officials voted not to prosecute cases involving less than $950 worth of stolen merchandise.

Jean Lugo-Romero, a homeless man seen robbing a San Francisco Walgreens then fleeing on his bicycle, was arrested on June 19. He faces a total of 15 charges in connection with seven shoplifting incidents at Walgreens stores.

In an effort to combat the widespread thefts, the retail giant plans to close the remaining six stores early.

Walgreens has already shuttered 17 stores in the Bay Area.

San Francisco DA doesn’t prosecute theft. This is the result.

All business owners will close their stores and leave the city. It’s inevitable. pic.twitter.com/vwFX0y1R9B

A CBS anchor went viral for excusing a shoplifter who rode his bike into a San Francisco Walgreens and cleaned the store out.

"CBS This Morning" co-host Tony Dokoupil went viral on Wednesday morning after he excused a man for stealing a trash bag full of goods and fleeing the store on a bicycle.

"So crime is never justified of course," said Dokoupil. He was interrupted by co-host Anthony Mason, saying, "I will say that I think they could have made a little better effort to stop that bicycle. I mean you could have disrupted that bike."

"Well, I mean, I don't know," Dokoupil said. "You don't need to be a hero over some toothbrushes or whatever it is."

Dokoupil implied that the Black male shoplifter was "desperate" and probably needed essential items, such as a toothbrush and hair products.

"That reads also as an act of desperation. I mean, you're not getting rich off what you take from a Walgreens, you're getting probably something you need. I don't know the details of that particular case."

CBS’s @TonyDokoupil excuses massive shoplifting from Walgreens in San Francisco: “That reads also as an act of desperation. You’re not getting rich off what you take from a Walgreens. You’re getting probably something you need.” @CBSThisMorning pic.twitter.com/FnqTyXnFfL

The incident happened at the Walgreens on the corner of Gough and Fell Streets in very liberal San Francisco.

The police stopped answering shoplifting calls after a 2014 ballot referendum downgraded property theft of less than $950 to a misdemeanor.

Now shoplifting is so routine in San Francisco, that shoplifters often sell their stolen merchandise on the sidewalk around the corner from the store they stole from.

ABC7 reporter Lyanne Melendez tweeted a video of the shoplifting incident on Monday, and her video went viral.

new Walgreens CEO got a 25 mil bonus, the company isn’t hurting. This likely happened bc this man can’t afford basic necessities for his family. & go read a security cop manual, he did what it instructs..if his family lost him today you’d be over there filing your nails, so hush. https://t.co/A76QcupA3z 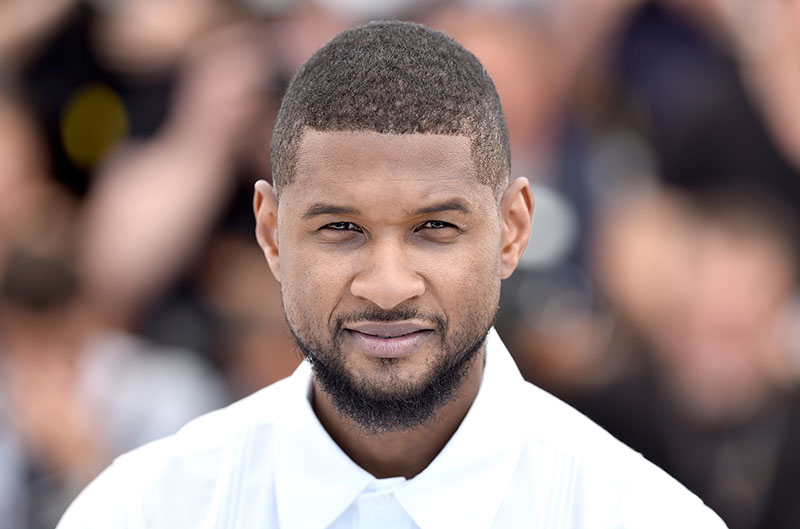 Yesterday, I told you about a Los Angeles stylist who accused Usher Raymond of shoplifting. Now more stories about Usher's sticky fingers have surfaced online.

Now another Twitter user claims Usher was banned from the New York boutique where she worked for walking out without paying for merchandise.

Usher apparently perfected his boosting game. He would try on merchandise and then simply "forget" he had it on.

A Twitter user wrote: "Usher was banned from my store for this same sh*t."

"I feel like I need to clarify this isn’t a current employer, this was 10 years ago in Soho when I worked at Atrium. He was banned and so was his ex-wife. He would just steal, she would just try to return sh*t he clearly wore covered in make up."

Apparently, boosting is common among celebrities. Boutiques normally eat the loss -- especially if the celebrity spends thousands of dollars in the store in previous or future visits. 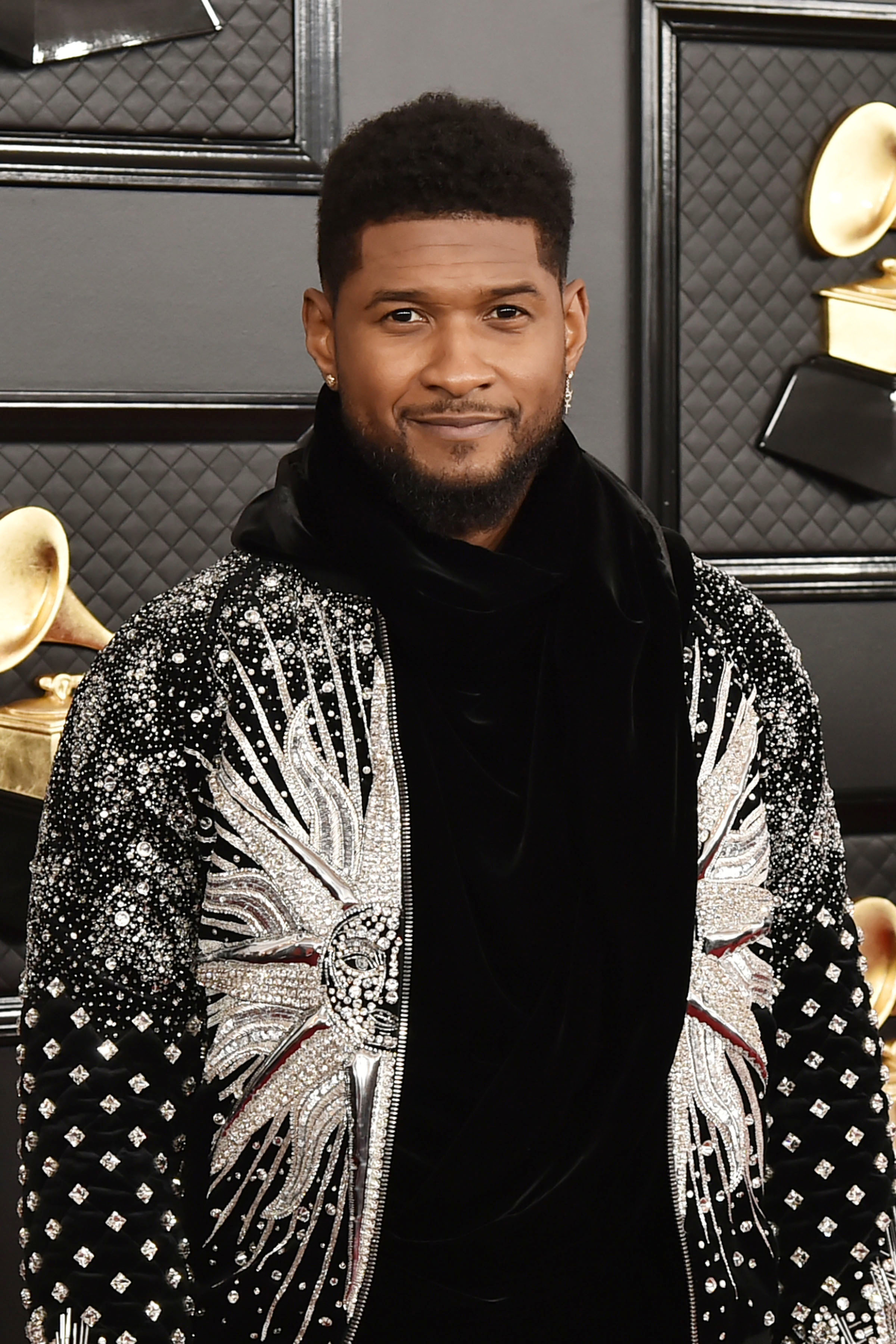 A Los Angeles stylist caused a buzz on Twitter.com when he accused R&B crooner Usher Raymond of stealing a $2,000 jacket from a boutique.

Jiminez took offense when one of his followers accused him of looking the other way because Usher was a celebrity. 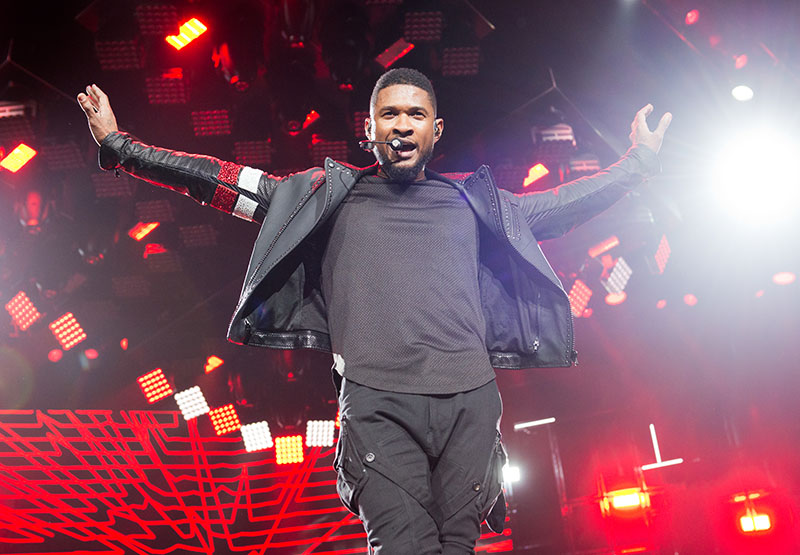 The allegation comes after a stripper accused Usher of passing fake "Usher Bucks" at the Las Vegas strip club where she works.

END_OF_DOCUMENT_TOKEN_TO_BE_REPLACED

Dennis Rodman is being accused of staging a brazen robbery with a boosting crew at an upscale yoga studio in Newport Beach, California.