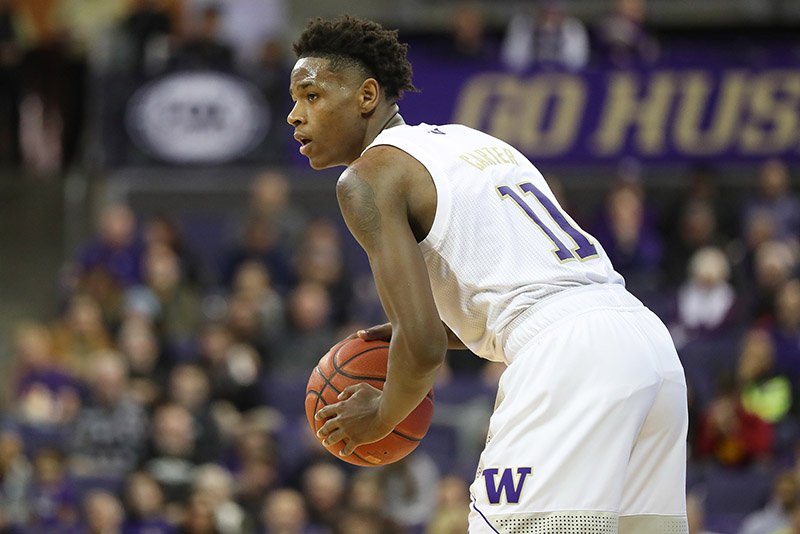 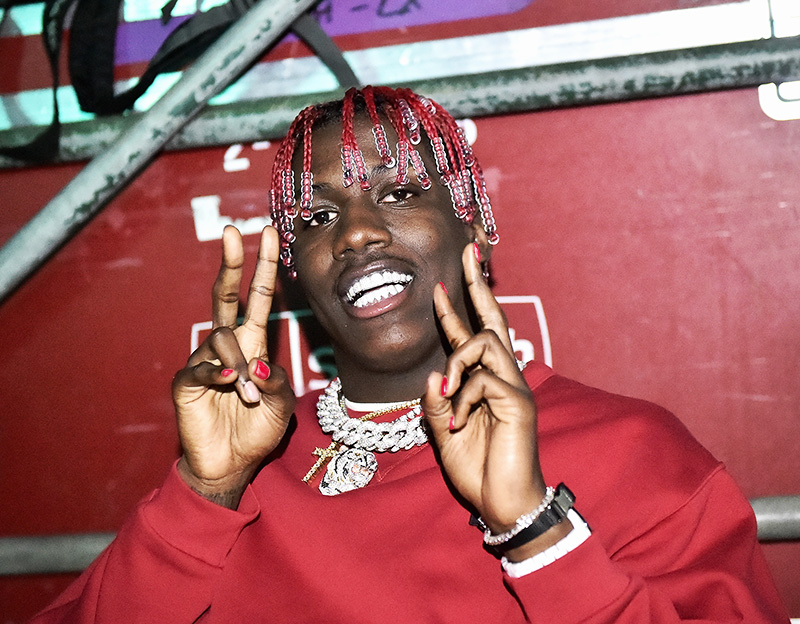 Lil Yachty is launching his own nail polish line for men after a male student was suspended from school for wearing polish.

TMZ caught up with Yachty at LAX Airport, where he was asked to comment on the 17-year-old student who was suspended for wearing nail polish to class at Clyde High School in West Texas (see video below).

Yachty, who was wearing Christmas-themed nail polish, praised men who gussied themselves up in makeup, nail polish and other feminine decorations.

"Why do we still have barriers?" he asked TMZ. "If somebody wants to express themselves and it's not harming anyone or bringing anybody down they should be allowed to do so. I don't really see the purpose."

The effeminate rapper shared details about his own line of polish for men: "I've been in development working on my own nail paints, it's called Cree."

He added: "It's essentially unisex, but I want it to be more focused on men to use it and be comfortable."

Yachty has a message for rappers who object to males wearing nail polish and other feminine adornments: "Bruh, it's 2020. It's 'bout to be 2021. What are the barriers?"

Yachty gets his mani's and pedi's done by an Atlanta nail tech who goes by the Twitter handle @SpalshyStackss.

Colorado police were called to a 12-year-old boy's home after he accidentally waved a toy gun during a virtual class.

Isaiah Elliott was home alone when a teacher called police to say he played with a toy gun during virtual art class.

The teacher admitted she knew the gun was a toy - it was a black and green plastic toy with the words "Zombie Hunter" on the side. But the teacher perceived the toy gun as a threat.

The boy's mother, Dani Elliott, was at work when she received a call from the school's principal saying officers were on their way to her home.

Elliott says she was terrified - especially because her son is Black.

"I never thought: 'You can't play with a Nerf gun in your own home because somebody may perceive it as a threat and call the police on you,'" Elliott said.

To add insult to injury, Isaiah was suspended for 5 days and now has a criminal record with the El Paso County Sheriff's Office.

He also has a disciplinary mark in his school records for bringing a "facsimile of a firearm to school" -- even though he was in his own home.

Elliott vented her frustration at the school and the police. She said her son has attention deficit disorder (ADHD) and he is easily distracted, so he played with his gun.

"With the cultural events going on right now, especially for young African Americans, you calling the police and telling them that he could have a gun, you put his life in jeopardy," Elliott said.

In a statement on Facebook, the Grand Mountain School administration blamed disinformation on the internet for the public uproar.

"We never have or ever will condone any form of racism or discrimination," the statement said. "Safety will always be number one for our students and staff. We follow board policies and safety protocols consistently, whether we are in-person or distance learning."

A family member teaches at this high school in Georgia (North Paulding High) that's made the news. Teachers and students were told they could be suspended if they posted photos of the school in a bad light. The student who took this photo for the yearbook has been suspended. pic.twitter.com/plds4vZPNN

Viral Twitter photos that show students crowding a Georgia high school hallway resulted in the suspension of a student who took the photos.

The photos were taken at North Paulding High School in Dallas, Georgia on the first day of school this week. The school is less than 50 miles northwest of Atlanta.

The photo shows students - many not wearing face masks - crowded in a packed hallway on their first day back to class since the coronavirus pandemic.

Day two at North Paulding High School. It is just as bad. We were stopped because it was jammed. We are close enough to the point where I got pushed multiple go to second block. This is not ok. Not to mention the 10% mask rate. pic.twitter.com/JKbGYqG9RS

More photos were tweeted from the same high school on Day 2 that showed even fewer students wearing face masks.

15-year-old student Hannah Watters was suspended for 5 days for posting the images on Twitter, according to her mother, Lynne Watters, who said she filed a grievance with the school Thursday morning.

"I expressed my concerns and disagreement with that punishment," Lynne Watters said in a text message to the Chicago Tribune.

Paulding County School District, Brian Otott, defended his decision to reopen schools, saying the viral photo was "taken out of context" because the students were only in the hallway between classes.

"There is no question that the photo does not look good." Masks are not required at the school, Otott said, although the administration strongly encourages masks for students and staff members.

"Wearing a mask is a personal choice," he wrote, "and there is no practical way to enforce a mandate to wear them."

Scott Sweeney, Georgia Board of Education Chairman told Fox News, "Mask wearing is not something that we can mandate... from the state board of education standpoint."

Georgia Governor Brian Kemp refused to mandate face masks in the state, preferring to leave the decision to local communities.

Recent studies published in The Journal of the American Medical Association (JAMA) concludes face masks - which were designed to stop bacteria - are not effective against viruses such as the coronavirus, which is 100 to 1000 times smaller than bacteria.

"We know that wearing a mask outside health care facilities offers little, if any, protection from infection," the article said.

The New England Journal of Medicine noted "the truth about mass mask wearing, and that the main if not only benefit of masks is that it eases anxiety of some people.”

Appalachian State University officials have apologized for derogatory statements made by a white male tennis player during a tennis match against a black opponent at a HBCU.

College officials issued the apology on Monday after John Wilson, the black player, complained on Twitter.com about offensive racist statements made by Spencer Brown, who's white.

END_OF_DOCUMENT_TOKEN_TO_BE_REPLACED 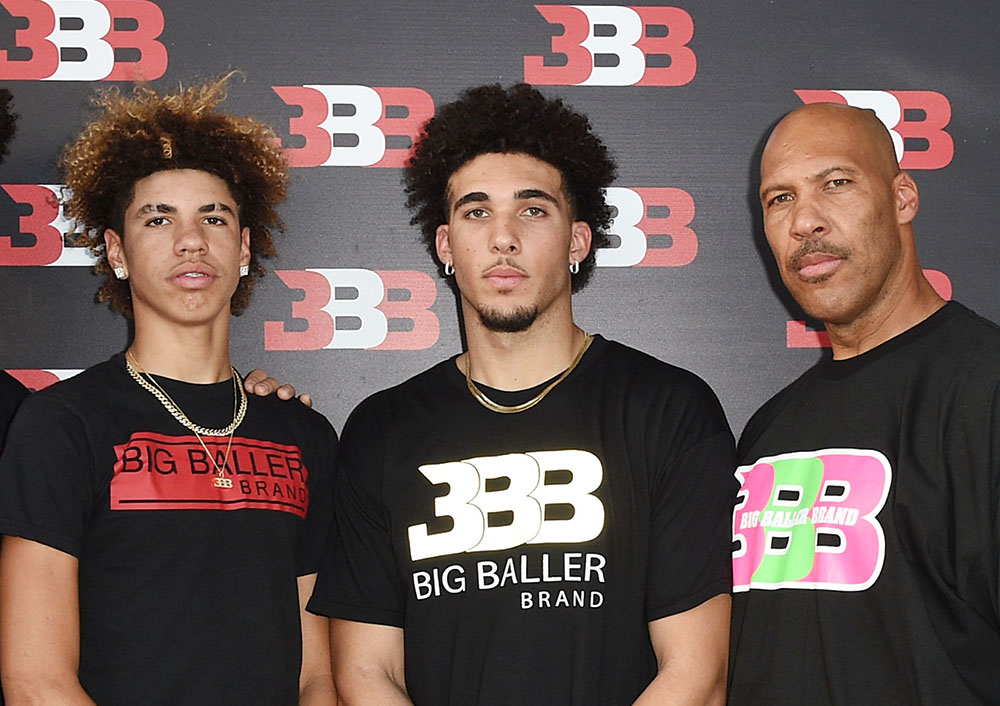 END_OF_DOCUMENT_TOKEN_TO_BE_REPLACED

The parents of a 13-year-old Denver high school cheerleader wants the school to pay for their daughter's leg injury after she was forced into doing splits.

END_OF_DOCUMENT_TOKEN_TO_BE_REPLACED

Ahmed Mohamed is flying high after dropping out of MacArthur High School in Irving, Texas. The 14-year-old was suspended for taking a hoax bomb/clock to school.

After going on a grand tour of the U.N. this week, Mohamed and his family will hop on a private jet to Qatar where he will be celebrated like royalty.

END_OF_DOCUMENT_TOKEN_TO_BE_REPLACED

A high school girls basketball coach was suspended for 2 games for his stunning lack of good judgment and poor sportsmanship after his team defeated another school by the score of 161-2.

If Coach Michael Anderson had it to do all over again he probably would've sat his starters at halftime when the score was 104-1.

END_OF_DOCUMENT_TOKEN_TO_BE_REPLACED

A 6-year-old Colorado boy was suspended from school for 2 days for kissing a female classmate on the hand.

The national media dragged the school district for burdening first-grader Hunter Yelton with a "sexual harassment" infraction on his school records. In response to the public outcry, the district downgraded the sexual harassment charge to misconduct.

The boy's mother, Jennifer Saunders, expressed outrage at the school district's decision to suspend her son.

"He is 6 years old, and that is absolutely ridiculous for him to have 'sexual harassment' on his record, even it is (only on the district's) record," she said.

But the girl's mother stands behind the school's decision to suspend the boy and to label him a sexual predator.