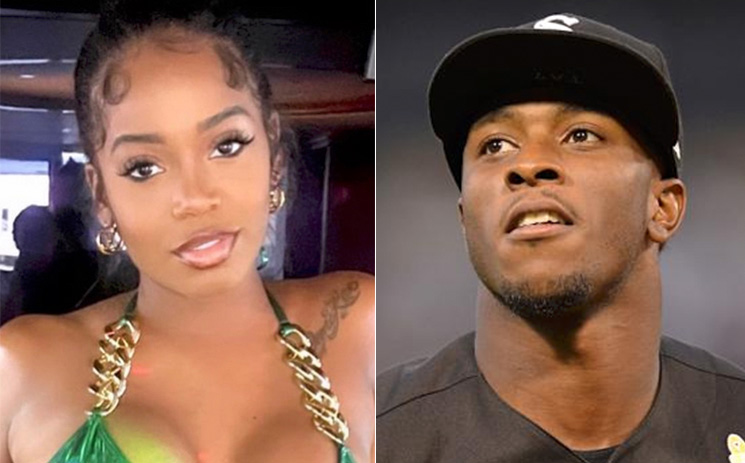 Tim Anderson's pregnant girlfriend Dejah Lanee honored him by tattooing his jersey number on her chest.

Last month, Lanee posted a photo of her baby bump on Instagram and identified Anderson as the father of her unborn child. 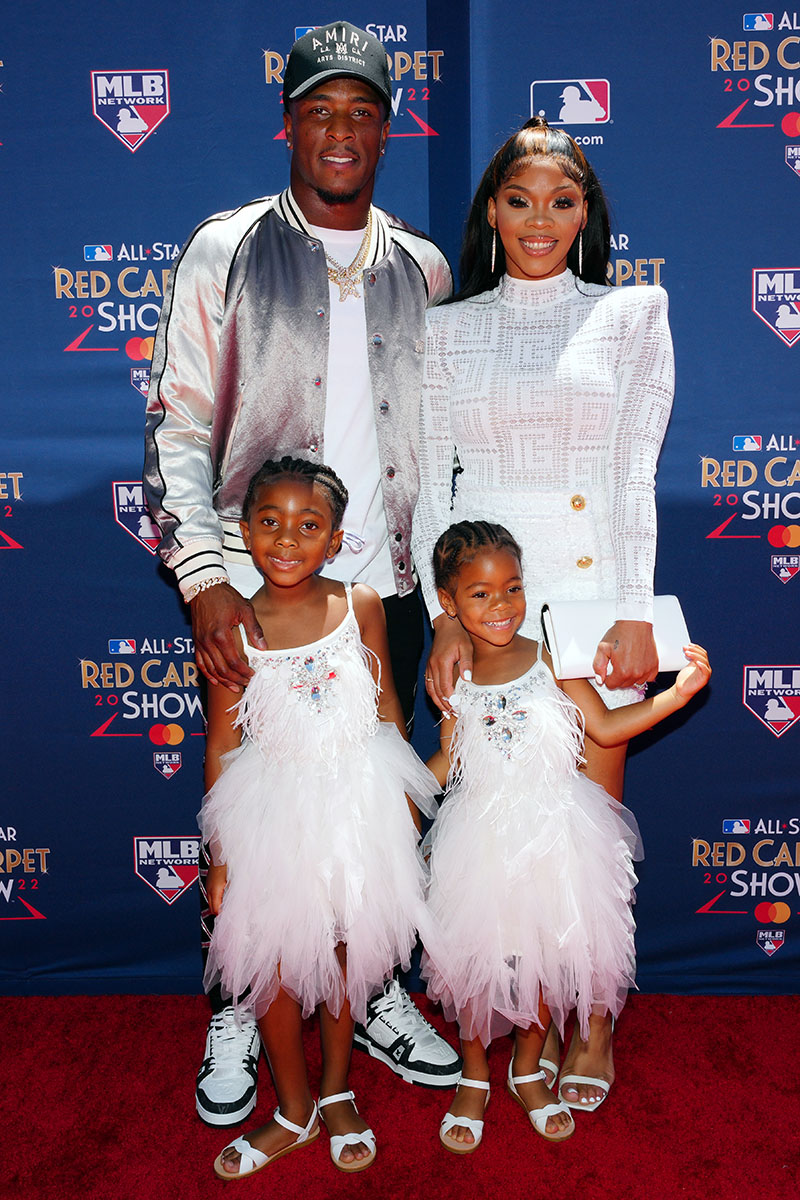 She was upset that the Chicago White Sox star took his wife to the Major League Baseball All-Star game instead of her.

Anderson and his wife have two daughters, ages 6 and 3.

Dejah apparently got over her disappointment and tattooed her married lover's jersey #7 on her chest.

According to Side Action, she's also naming her unborn child after his jersey number "Seven." 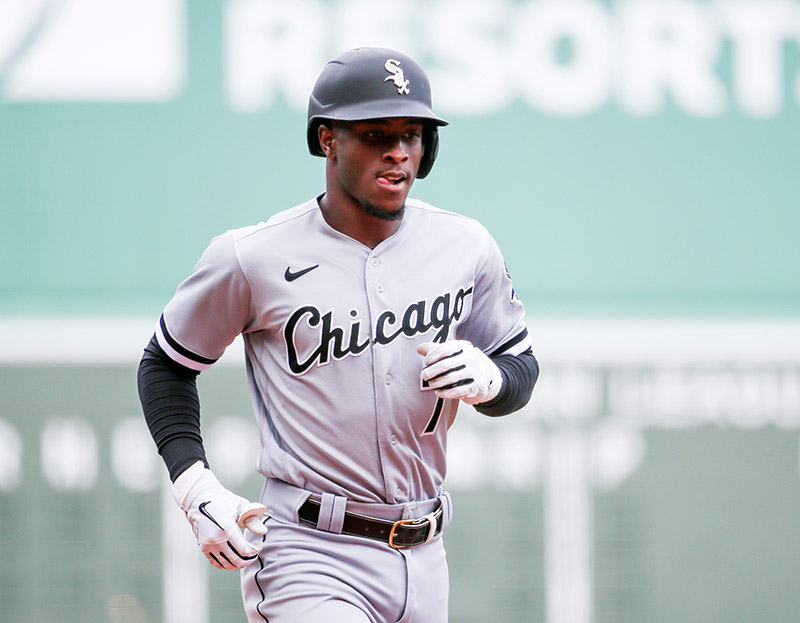 The White Sox star is expected to sit out six games after suffering an injury to his left hand in a game last weekend.

Their efforts were not rewarded. Atlanta lost a close game 130-127 on their home court despite the Hornets being short four players due to the coronavirus.

PJ and Brittany have an infant son together, but that's all they have in common. The two bitter exes regularly hurl insults at each other on social media.

Brittany, 29, claims the 23-year-old Hornets star threw her and their son out of her home and she lost her car. She was forced to move in with her mom and sister until she can get back on her feet.

The single mom proudly posted a video of her pep talk on her Instagram page.

Parents took to Facebook to slam Sanders, 54, for inviting a sports groupie to talk to their boys. One furious father wrote: "I didn't send my son to JSU to be educated by a THOT."

"It's my responsibility as a Coach to prepare my young men for any and everything on the field and off. I brought in (Renner) to educate them on how the game is played between man & woman at their age & stage. The message may not be for everybody but trust me it's for somebody." 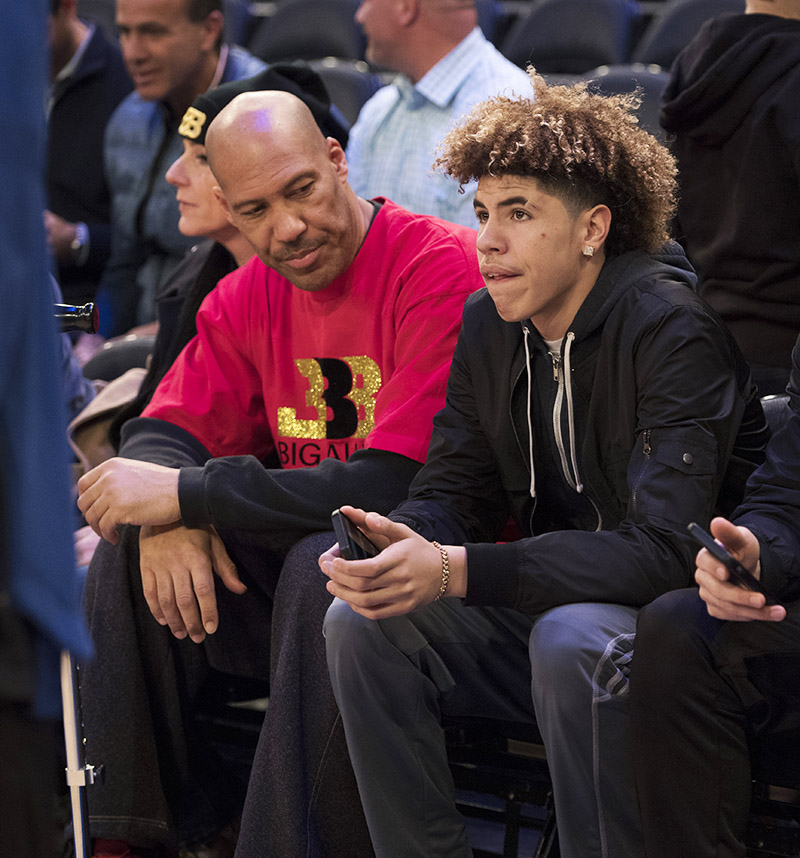 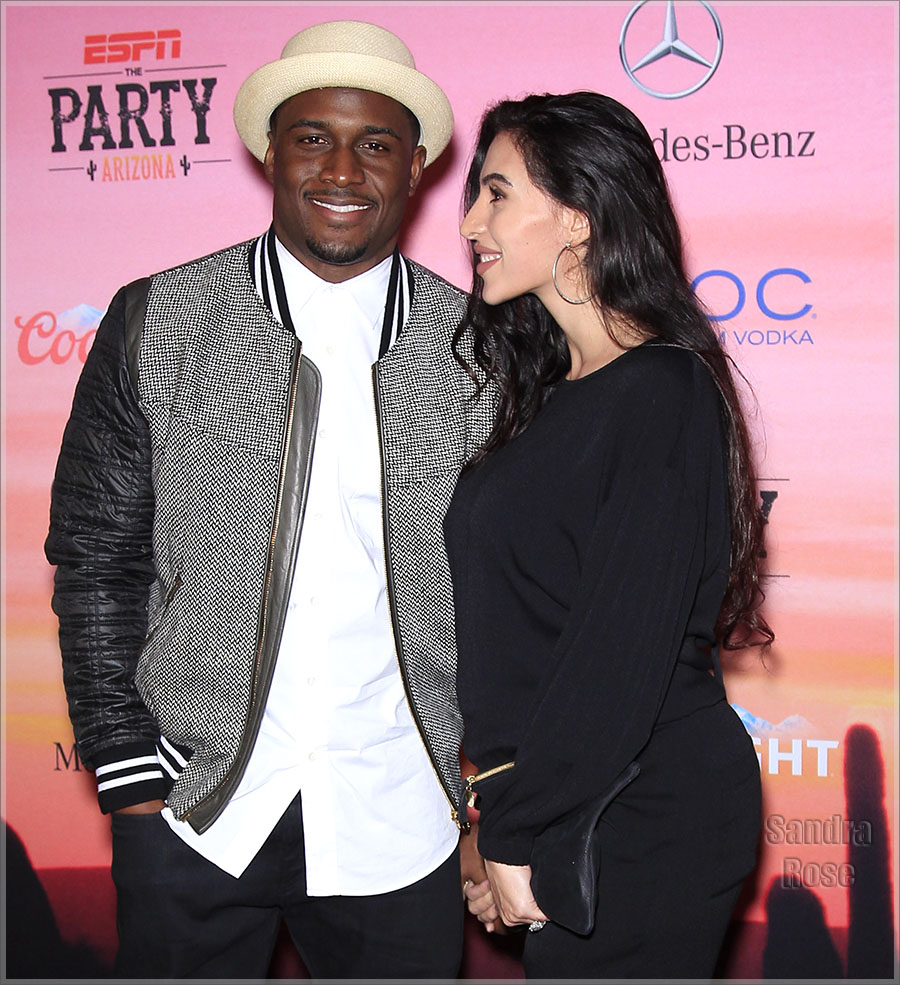 END_OF_DOCUMENT_TOKEN_TO_BE_REPLACED

Steph Curry's biggest fan has a name: it's Roni Rose, and she sits front and center at Golden State Warrior home games to make sure he knows it.

END_OF_DOCUMENT_TOKEN_TO_BE_REPLACED

A British groupie paid 600 pounds ($869 USD) to meet American boxer Floyd Mayweather, Jr., and her investment paid off. She's been by his side ever since.

According to the NY Daily News, 19-year-old Raemarni Ball made the most of her brief meet-and-greet with Mayweather in Cannock, England last month.

END_OF_DOCUMENT_TOKEN_TO_BE_REPLACED

If you've been following the Iman Shumpert drama unfolding on @fameolous IG blog, you know that the gossip blogger has it in for the Cleveland Cavaliers star.

It all started when @fameolous accused Shumpert of cheating on his girlfriend, singer Teyana Taylor. As you know Shumpert helped deliver their baby daughter on Teyana's bathroom floor 2 weeks ago.

END_OF_DOCUMENT_TOKEN_TO_BE_REPLACED

Cleveland Cavaliers star guard Kyrie Irving is accepting his responsibility as father to a Texas woman's baby. Former Miss Texas Andrea Wilson, 29, is pregnant, and they both believe Irving, 23, is the father.

END_OF_DOCUMENT_TOKEN_TO_BE_REPLACED

A hockey groupie tried to extort $2,000 from NHL legend Jaromir Jagr, 43, by threatening to leak a post-coital selfie of them in bed together. But her plan backfired spectacularly.

END_OF_DOCUMENT_TOKEN_TO_BE_REPLACED

The big story of the 2015 NBA All-Star game wasn't Thunder star Russell Westbrook leading the West to another easy victory over the East. The big story yesterday was singer Beyonce Carter-Knowles lusting after another woman's husband!

Please review your notes on body language and tell me what you see in the above photo.

END_OF_DOCUMENT_TOKEN_TO_BE_REPLACED

Every year around this time, NFL players like Delanie Walker dump their trophy jump offs to return home to their faithful wives or girlfriends who held it down on the home front while their men played for NFL teams based in other states. These "trophies" come in handy during those lonely nights in unfamiliar surroundings.

END_OF_DOCUMENT_TOKEN_TO_BE_REPLACED

TMZ is making shit up now or misread the paperwork where idk where they even got it from. And I don't know where they are getting those #s

One of Adrian Peterson's baby mamas has taken to social media to deny everything TMZ claims she said about him.

In an interview with TMZ.com, Syion revealed that Peterson fathered her 4-year-old son -- in addition to spawning three other illegitimate children scattered across the country.

For the record, Peterson has publicly claimed only 2 children, a 6-year-old girl and his 2-year-old namesake.