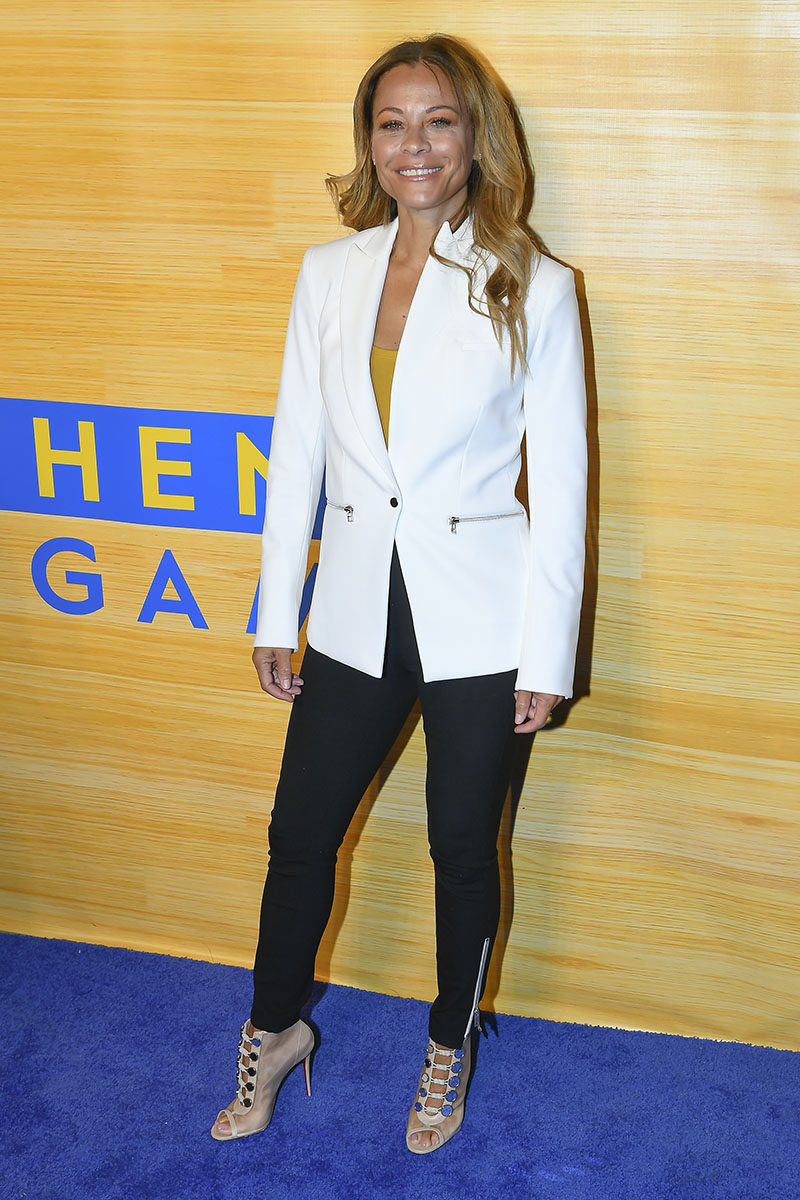 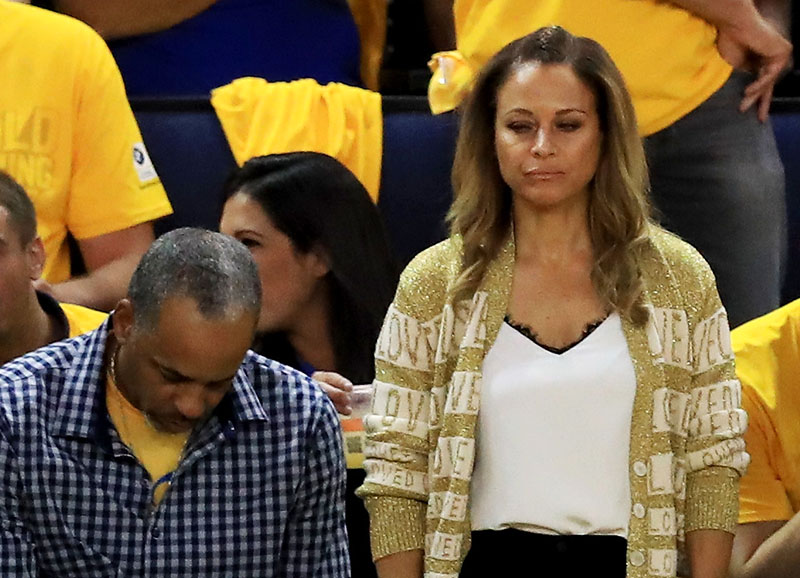 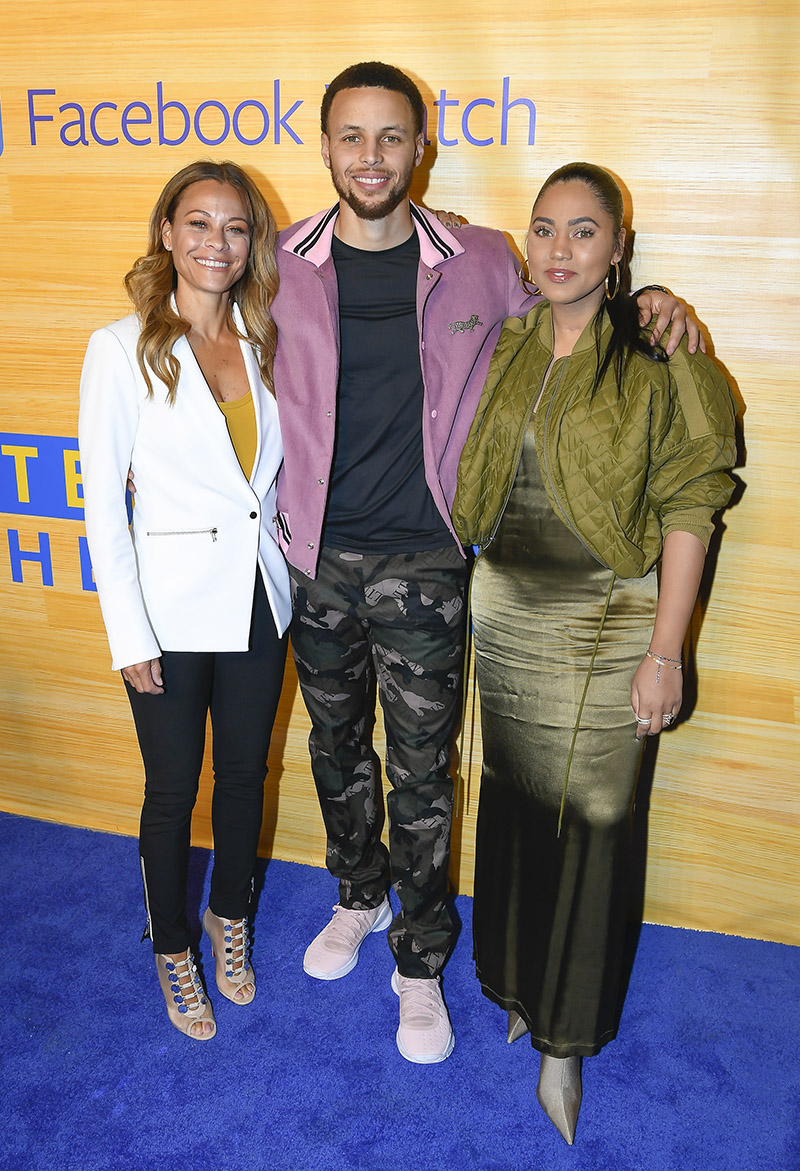 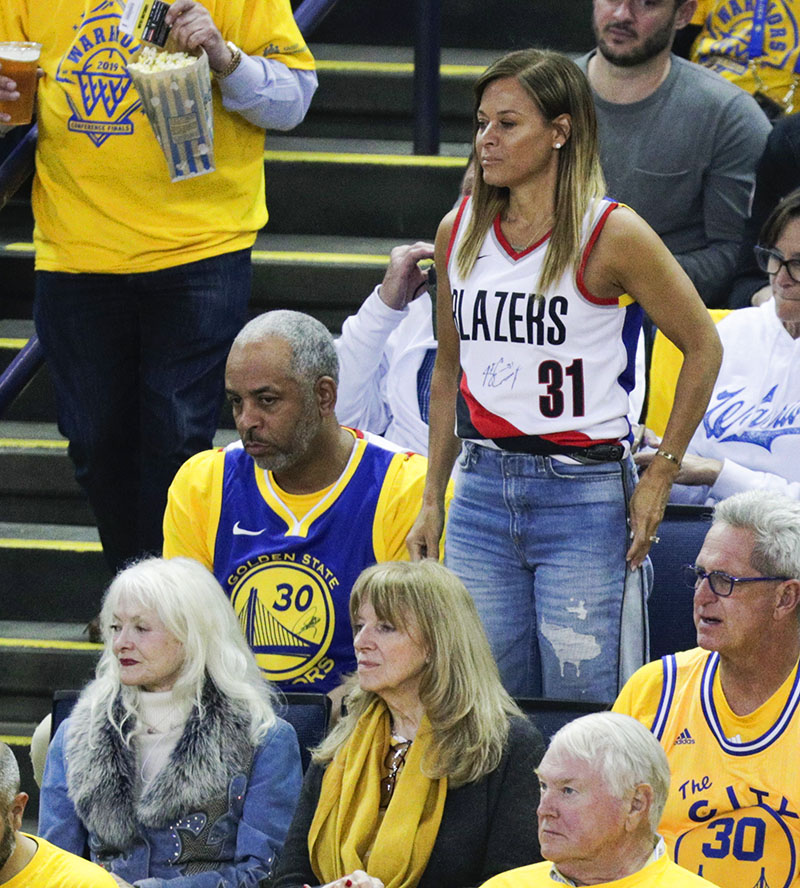 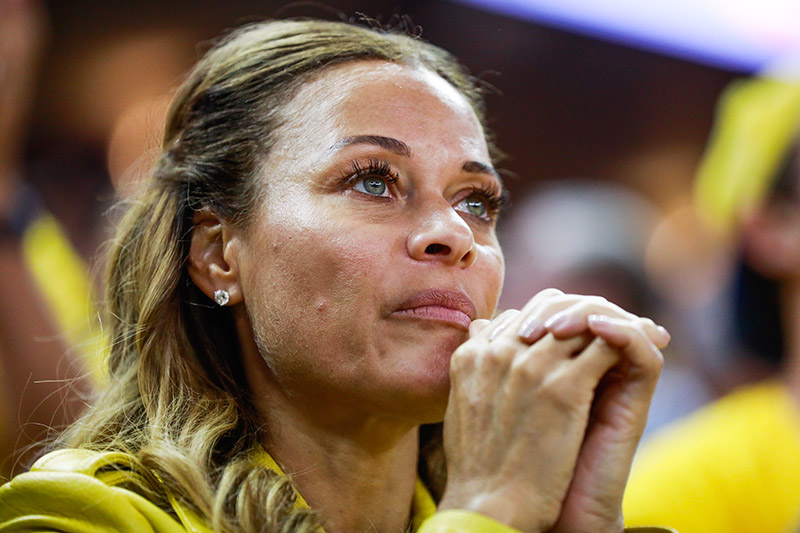 Dell Curry is accusing his estranged wife, Sonya, of cheating on him with a former NFL player -- and then lying to him about her extramarital affair. 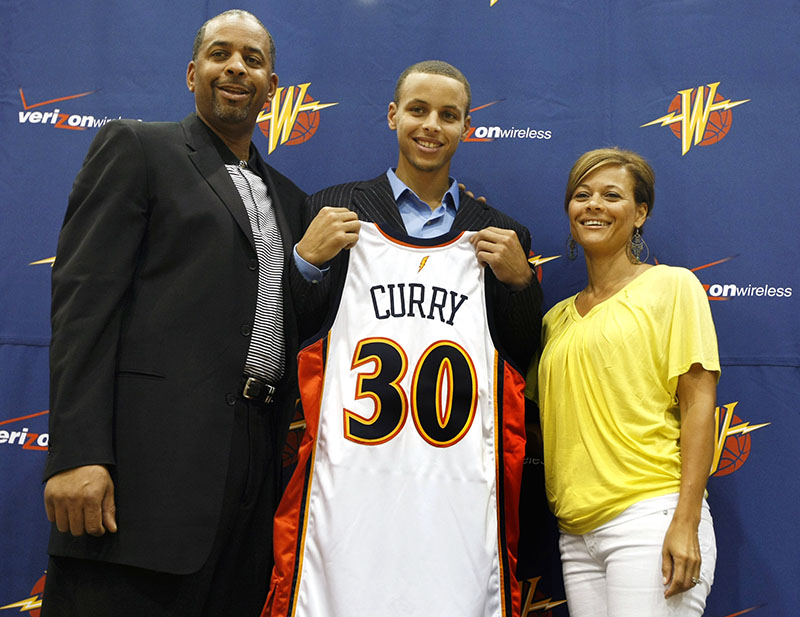 In documents, obtained by TMZ Sports, Steph Curry's father says Sonya is, and has been, dating Steve Johnson -- a 6th-round pick in the 1988 NFL Draft. 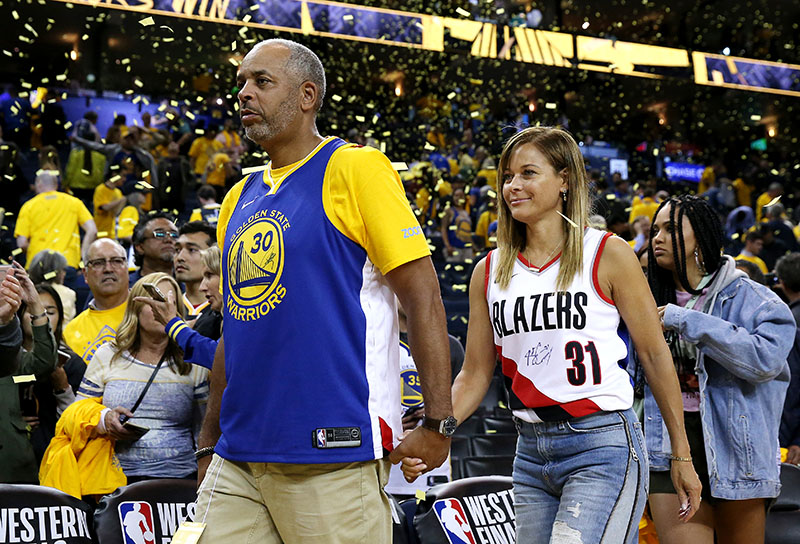 In court docs, Dell, left, says Sonya, right, "began her extramarital affair with Mr. Johnson during the marriage and prior to the date of separation, and she lied to [Dell] each time she cheated on him."

Sonya fired back that she's in a "dating relationship" with Johnson who treats her like a queen. She claims she lives alone in a modest apartment because Dell kicked her out of their home. 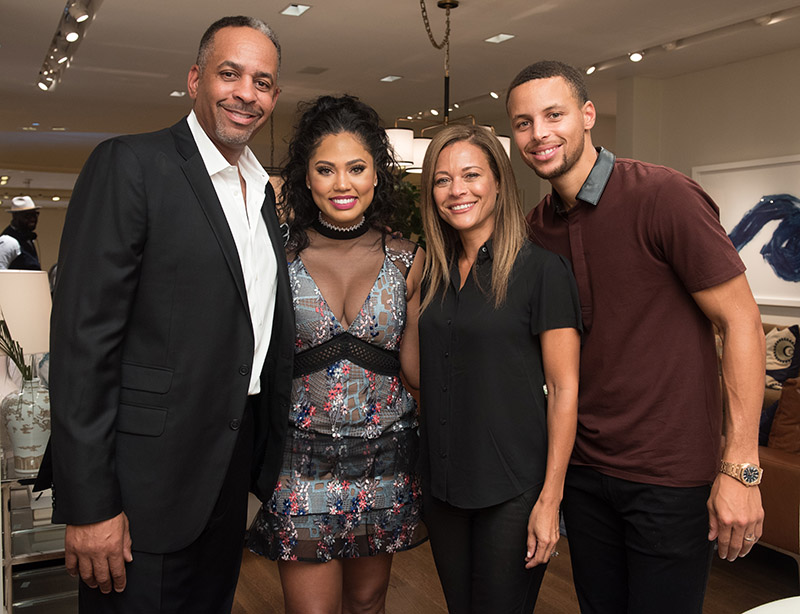 The 55-year-old homemaker said her current relationship didn't begin until months after she and Dell, 57, quietly agreed to a legal separation. 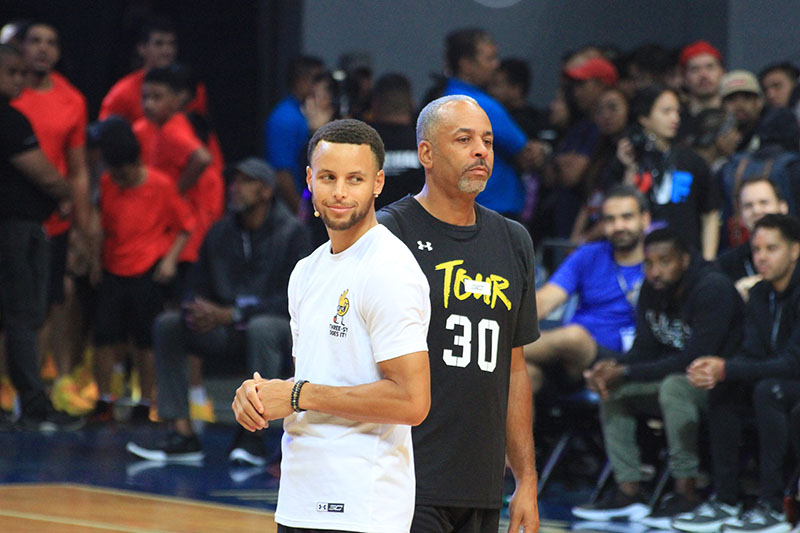 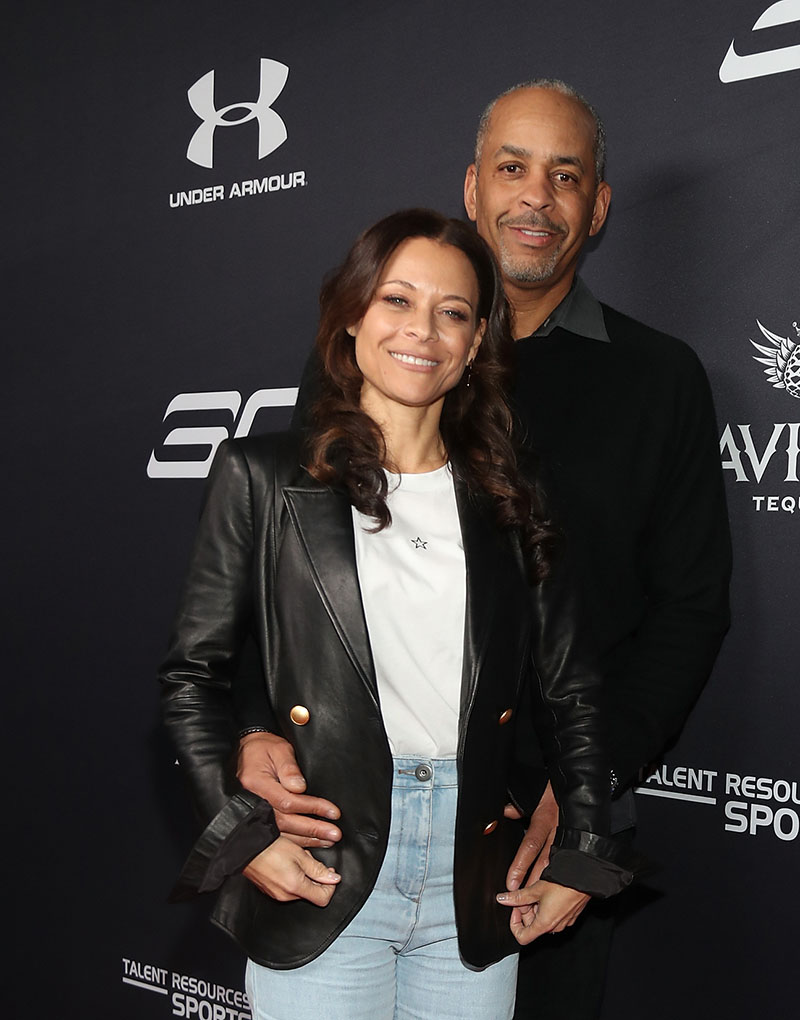 The Currys made similar cheating allegations against each other in court documents obtained by TMZ.

Dell responded with a scandalous court filing of his own, accusing his estranged wife of "acts of illicit sexual misconduct" prior to their trial separation last year.

Dell also claims she is now living with another man -- a very rich man. Dell claims Sonya should be prohibited from collecting alimony because she violated the bonds of their marriage.

Sonya fired back that she's in a "dating relationship" with another man who treats her like a queen.

Sonya said her current relationship didn't begin until months after she and Dell, 57, quietly agreed to legally separate.

She also notes that she is NOT living with the wealthy man. She lives alone in a modest apartment because Dell kicked her out of their home.

She claimed it was actually Dell who was unfaithful to her by hooking up with multiple loose women during their marriage.

She put up with his cheating ways for the sake of their children. 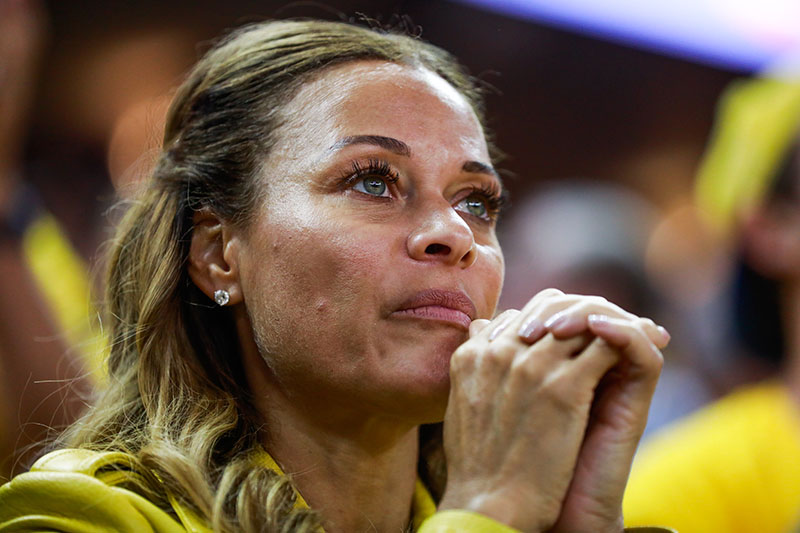 Sonya told friends that, as Steph's popularity with the Warriors increased, Dell started behaving like a single man again. 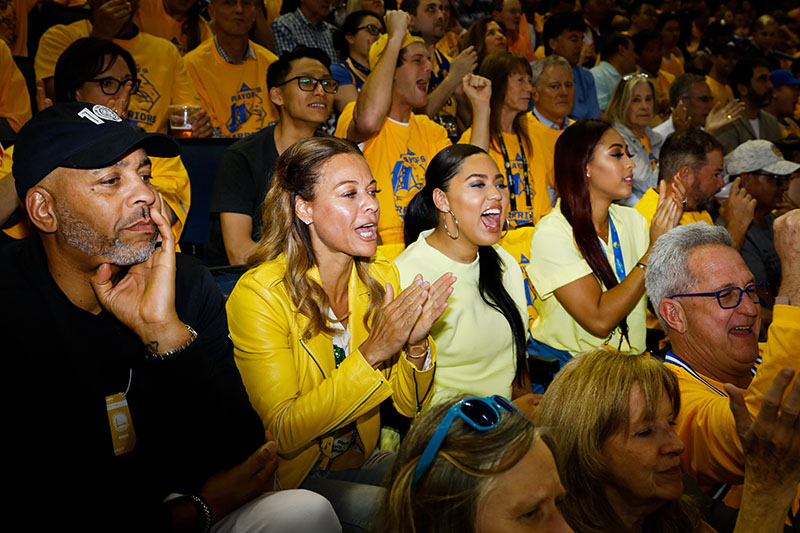 Sonya claims she didn't initially file for divorce to protect [Dell] and their children "from possible public exposure and scrutiny."

Sonya says once Dell publicly accused her of being unfaithful "she was left with no choice" but to defend her honor.

According to court records obtained by TMZ Sports, Sonya Curry, 55, filed the paperwork on June 14 in a North Carolina court. A court official tells TMZ Sports the divorce is still ongoing.

Besides Steph, the estranged couple share son Seth Curry, 31, who plays for the Philadelphia 76ers, and daughter Sydel, 26.

Sonya and 57-year-old Dell first met when they were student-athletes at Virginia Tech. They were married in 1988.

The two were spotted cheering on Steph and Seth from the stands at NBA games for years. They famously wear gear featuring both the Warriors and Trail Blazers logos when their two sons faced off against each other in the 2019 NBA playoffs.

There are rumors that Steph, 33, convinced his mom to staying with his dad when she threatened to divorce him years ago.

Dell played alongside center Alonzo Mourning when he was drafted by the Charlotte Hornets in 1986. 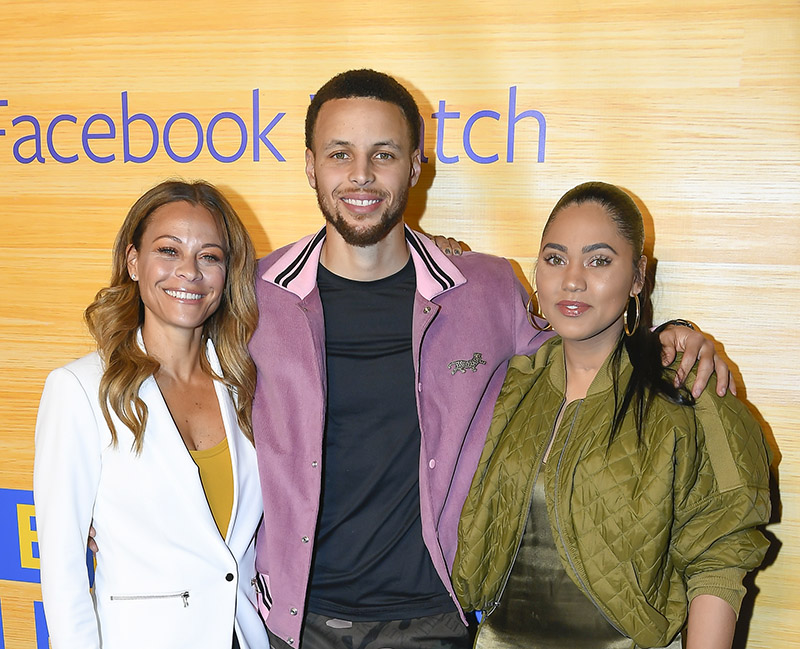 Sonya, left, was reportedly a shoulder to lean on for Steph's wife, Ayesha Curry, right, when Steph was having marital problems.

Fans of NBA superstar Steph Curry were shocked by his wife's dramatic new look. Ayesha Curry unveiled her new blonde hairstyle on Instagram -- much to the shock of Steph's fans.

"Who is this white lady to the right of him?" wrote one IG user.

Another wrote: "Hell I thought it was a random white girl at first."

Many questioned whether the former brunette bleached her skin to achieve society's standard of beauty.

Despite the criticism, Steph seemed very excited by his wife's new look in a post on her Instagram.

The internet is talking about Ayesha Curry grooming her husband Stephen Curry to be a gangsta thug.

According to the internet, Steph's dominant wife Ayesha totally rules him and their household. He doesn't appear to have the manly fortitude to tell his wife to back off and let him be the man and the head of their household.

In a recent video, Young Men's Daily Red Pill explains why Ayesha is grooming Steph to be the bad boy thug she never had.

"She's tired of Steph being the nice guy... She's trying to bring out the gangsta in Steph Curry before she cheats on him."

If you recall, Ayesha whined that she doesn't get enough male attention in her private messages as Steph receives from women in his direct messages on Instagram (Ayesha controls Steph's social media accounts).

YMDRP theorizes that Ayesha never had the chance to go through her "h*e phase" - so she's doing it now by undergoing plastic surgery and posting Thot pictures on the 'Gram.

He says women like Ayesha and Ciara Wilson are trying to groom their good men to be the bad boys they really want in their beds.

What do you think? 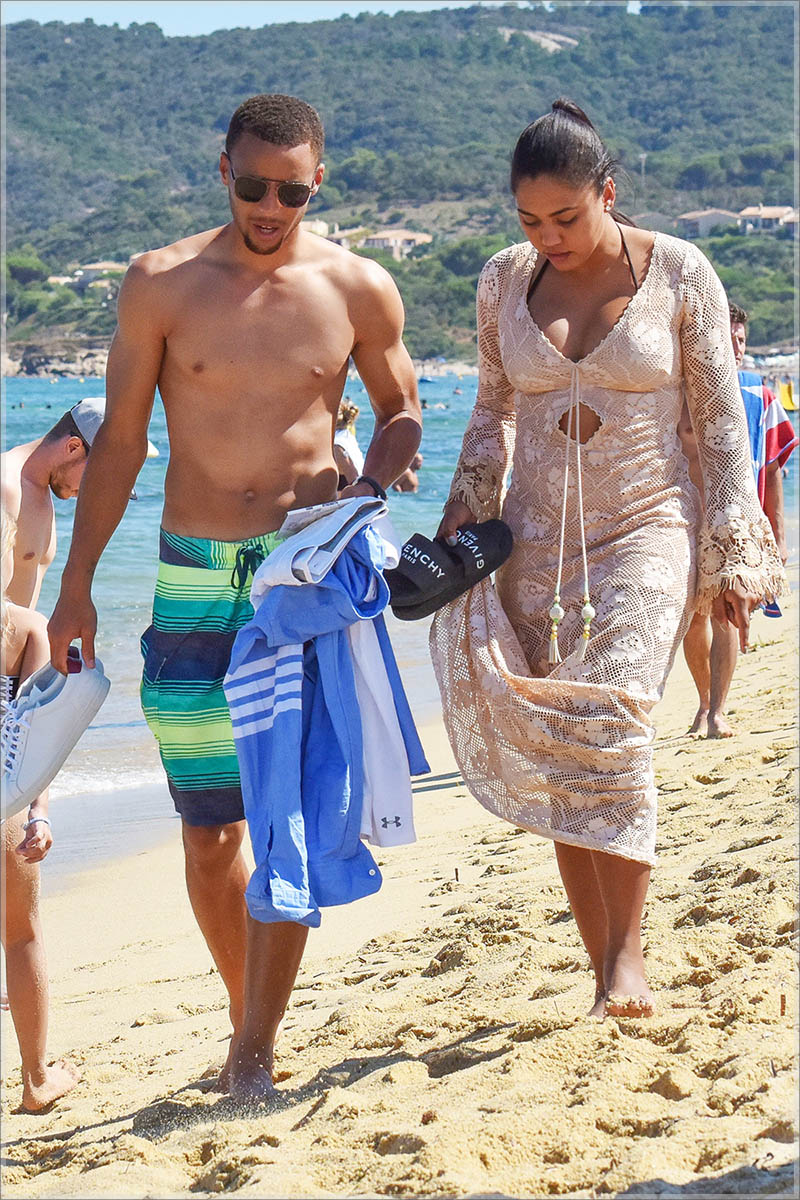 Stephen and Ayesha Curry celebrated 8 years of wedded bliss on social media today. The high school sweethearts reaffirmed their Love and commitment to each other in separate posts.

END_OF_DOCUMENT_TOKEN_TO_BE_REPLACED 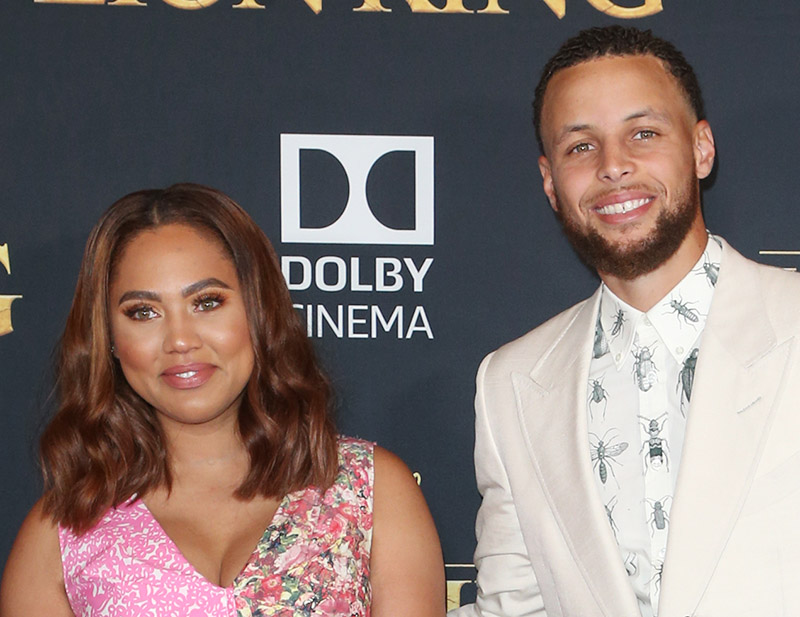 Steph Curry is not here for the disrespect towards his wife, Ayesha Curry, who gave her husband a "Milly Rock" lap dance at the grand opening of her new restaurant.

END_OF_DOCUMENT_TOKEN_TO_BE_REPLACED

Steph Curry's wife, Ayesha, cheered him up in a heartwarming post after an Asian man allegedly called him the N-word.