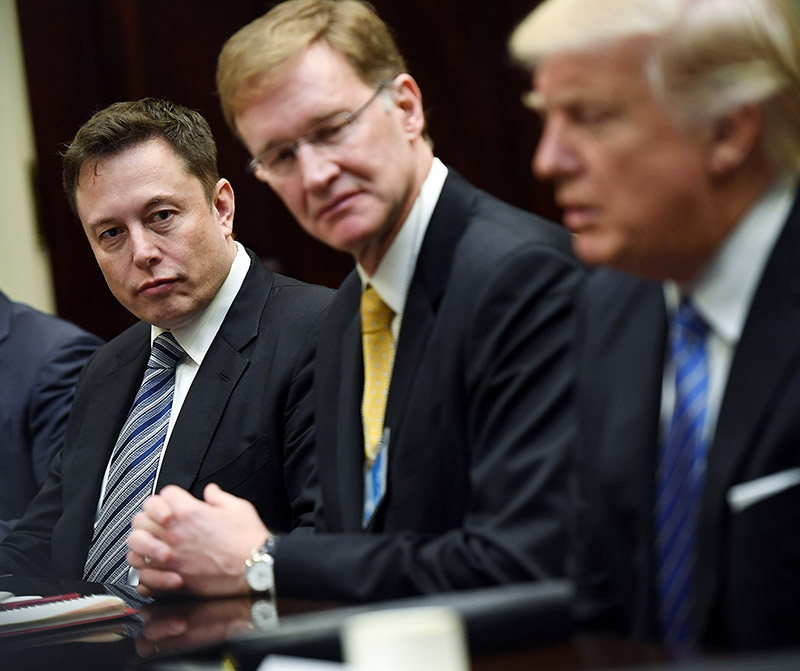 Donald Trump (right) fired back after Elon Musk (left) said it was time for him to "Sail into the sunset."

The former U.S. President slammed Musk after the Tesla founder suggested it was time for him "to hang up his hat & sail into the sunset."

Trump told Musk to focus on that $$$ lawsuit filed against him by Twitter.

As you know, Musk called off his $44 billion deal to buy Twitter.

Twitter responded by filing a massive lawsuit against Musk.

Trump bragged that the Tesla executive had told him he voted for Trump.

"When Elon Musk came to the White House asking me for help on all of his many subsidized projects, whether it's electric cars that don't drive long enough, driverless cars that crash, or rocketships to nowhere, without which subsidies he'd be worthless, and telling me how he was a big Trump fan and Republican, I could have said, 'drop to your knees and beg,' and he would have done it," Trump wrote.

"Now Elon should focus on getting himself out of the Twitter mess because he could owe $44 billion for something that's perhaps worthless. Also, lots of competition for electric cars!"

Trump launched Truth Social as a Twitter alternative after the social media platform banned him in 2020 while he was a sitting president.

In previous posts on Truth Social, Trump hinted that Musk only purchased Twitter to compete with him.