Kevin Hart's long-suffering wife Eniko Parrish-Hart breaks down in a new trailer for his 6-part docu-series called "Don't F**k This Up!".

In the trailer, Eniko tries to shed a tear (no real tears fall) as she explains how her husband betrayed her while she was pregnant with their son in 2017. 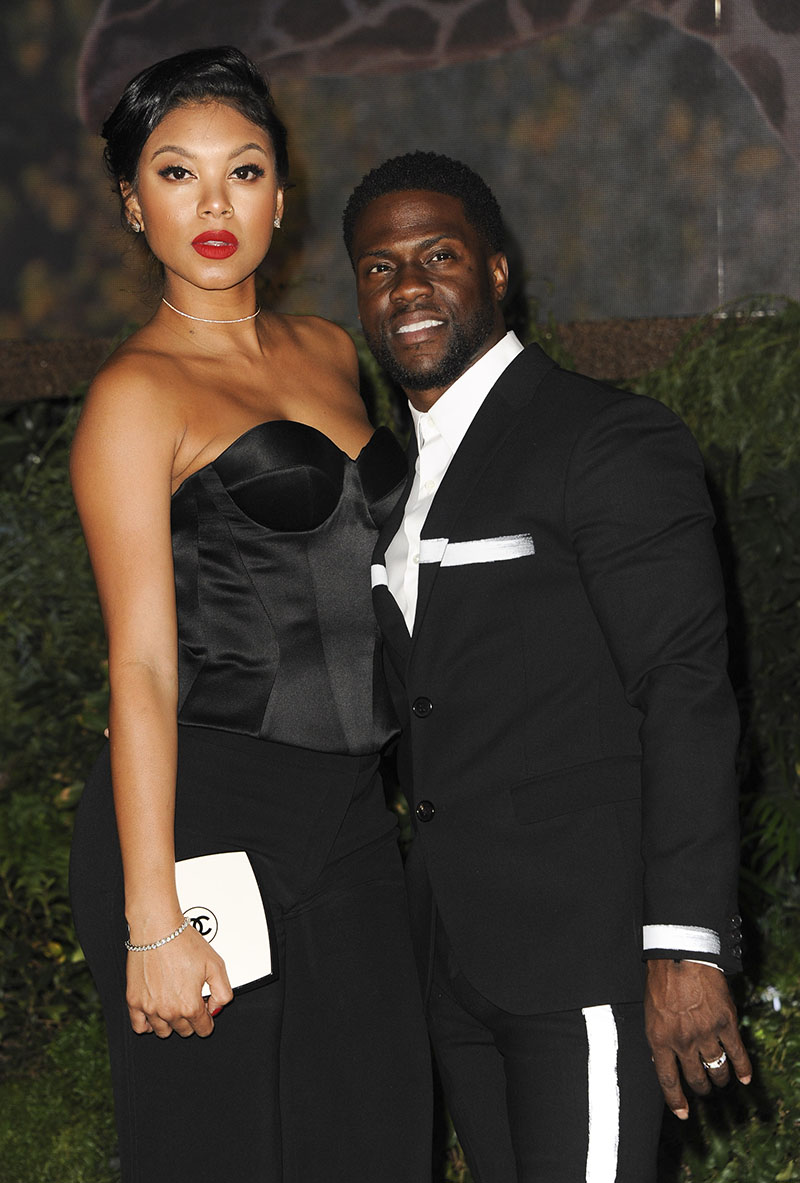 "You publicly humiliated me," says Eniko, addressing him directly. "I just kept saying, 'How the f--k did you let that happen?'" 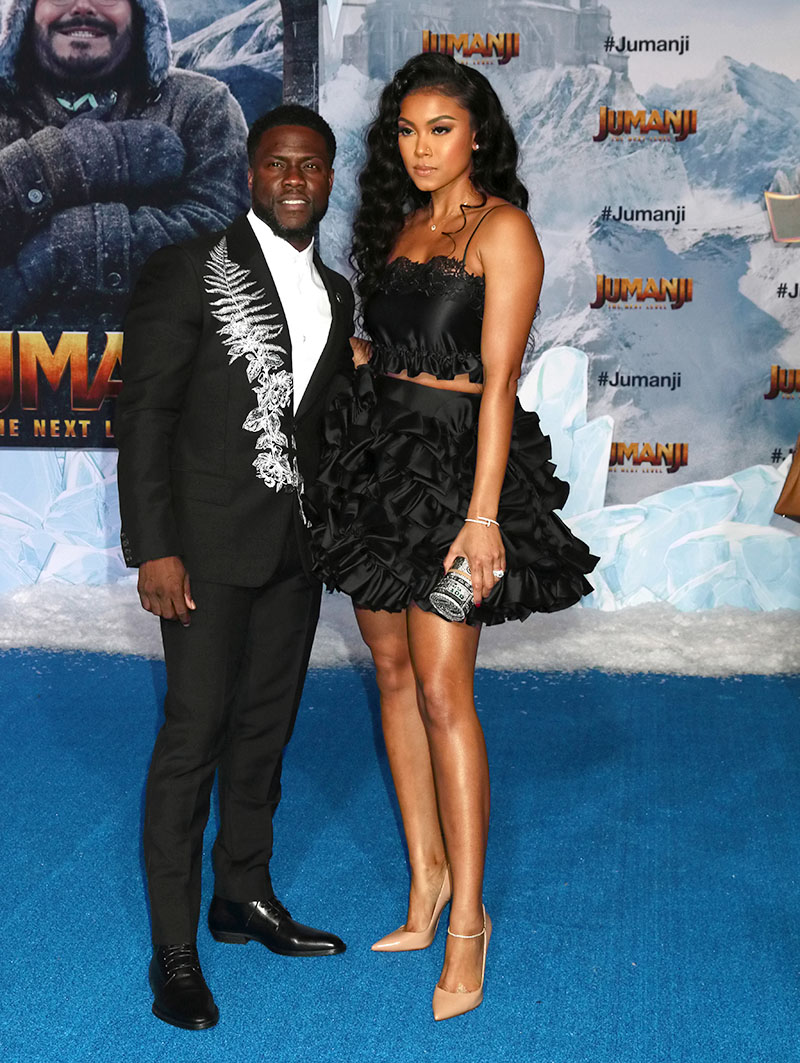 If you recall, Hart, 40, was filmed in a hotel room with model Montia Sabbag while on a business trip to Las Vegas in 2017.

If you believe Montia, the whole thing was a set up by Kevin and his co-conspirator, J.T. Jackson, to boost publicity for Kev's project at the time.

Montia sued Kevin for $60 million, claiming Kevin and J.T. hid a camera to film their rendezvous for their financial benefit.

Kevin didn't actually cheat on his wife if it was just a publicity stunt. But Kevin has a 6-part Netflix documentary that he needs to promote. 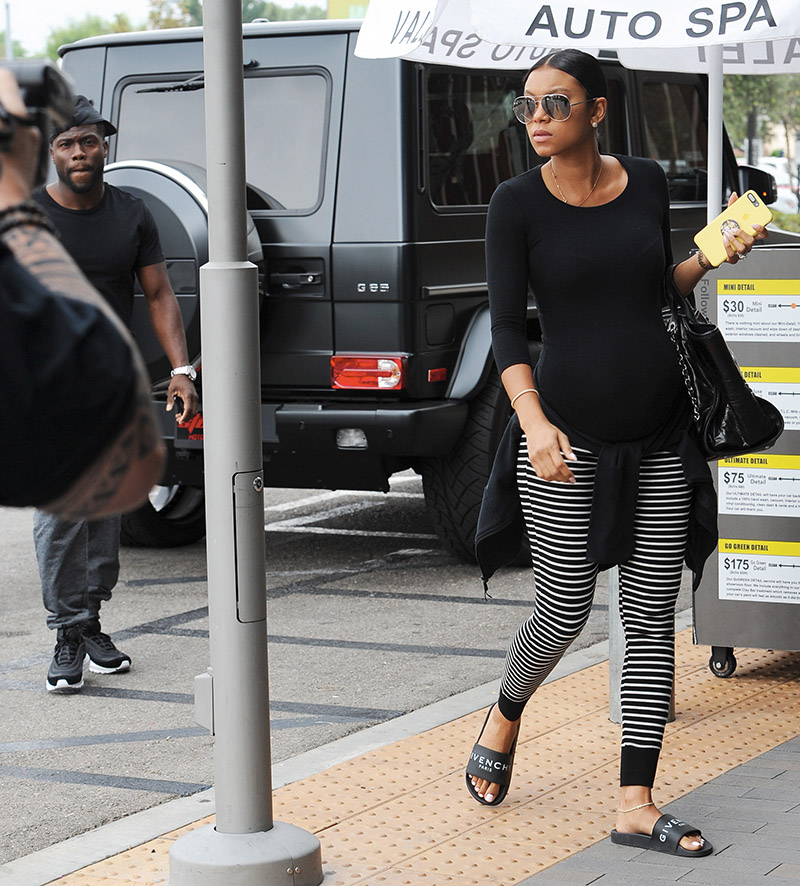 Eniko never got over the public humiliation of Kevin's alleged affair. Her body language tells the true story in every photo they take together.

But it was her tone of voice in a 911 phone call the night of Kevin's accident that reveals her underlying rage towards Kevin.

Who can forget Eniko telling the 911 dispatcher to "come get him" as Kevin lay unconscious, his back broken in three places. Hell hath no fury like a woman scorned.

***SPOILER ALERT*** Wait for the next post if you don't want to know who dies.

In Alexandria, Rick, Michonne, Jessie, Gabriel, Carl, Judith, Ron, and Sam, wearing their DIY zombie guts ponchos, navigate through the walking dead zombies, on their way to the armory to get more weapons.

But Rick decides going to the armory is too risky; the streets are overrun with walkers, and there aren't enough weapons at the armory to make the trip worthwhile.

END_OF_DOCUMENT_TOKEN_TO_BE_REPLACED

CBS announced in October that it is bringing back the popular Nancy Drew mystery series, but the new character will not be the way you imagined her.

The new Nancy Drew character will not be Caucasian -- and she may not even be a biological female.

END_OF_DOCUMENT_TOKEN_TO_BE_REPLACED

Zendaya Coleman has her own Barbie doll, but rap mogul Nicki Minaj has her own television comedy series coming to ABC -- the same network that brought you Empire.

END_OF_DOCUMENT_TOKEN_TO_BE_REPLACED

Last night, Fox TV released the 1st of many trailers promoting season 2 of the soap opera musical, Empire. Fox's Empire tag line is "The biggest show of the year returns with a vengeance."

END_OF_DOCUMENT_TOKEN_TO_BE_REPLACED

Type A personality and classic narcissist Mary Jane Paul (Gabrielle Union) is desperate to have a small human to lord over, who will make her the center of its universe. But before that can happen, she must take Human Chorionic Gonadotropin (hCG) fertility hormones shots to trigger her old tired ovaries to produce an egg or ovulate (also known as the luteinizing hormone "surge").

END_OF_DOCUMENT_TOKEN_TO_BE_REPLACED

Lauren London has nothing on Nick Gordon in the terrible acting department. The chronically unemployed alleged drug dealer took his fight for Bobbi Kristina Brown's money to the set of Dr. Phil's show.

END_OF_DOCUMENT_TOKEN_TO_BE_REPLACED

Pop singer Ciara Harris continues to add new projects to her growing résumé. The 29-year-old single mom is set to star in a NBC TV show titled "I Can Do That". Also featured on the show are British singer Nicole Scherzinger, dancer Cheryl Burke ('Dancing With the Stars'), and American singer Joe Jonas.